Until this point, the Congress has not allowed many leaders with mass appeal to emerge from within party ranks in the states. However, this needs to change for the sake of the party's future. 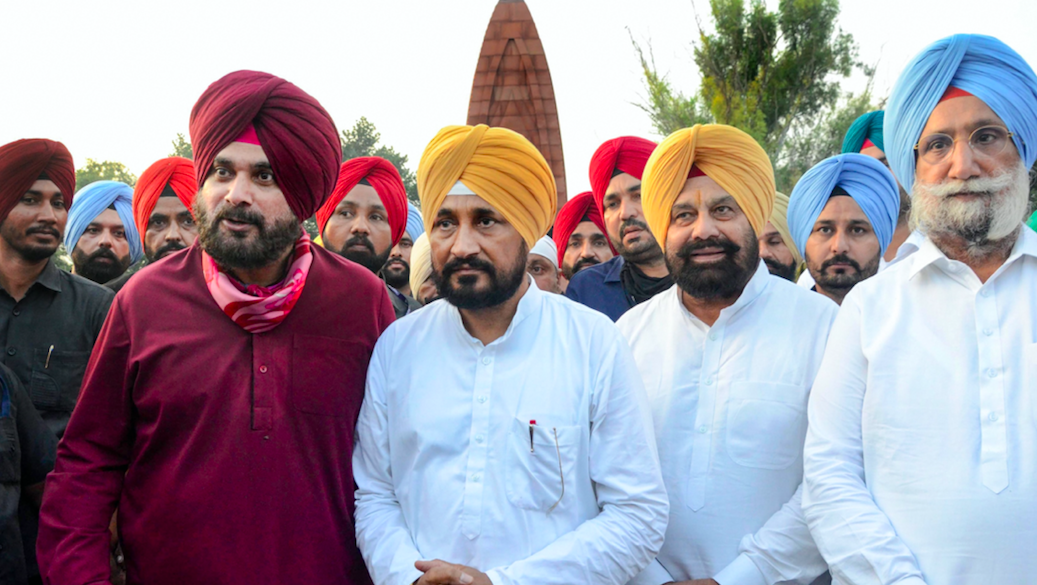 The Congress has been in a deep crisis ever since it lost power in 2014 and one of the main reasons for this crisis is that the party has not had a single young leader to fight the BJP at the state level, wherever it was in power. This situation has been created by the Congress high command in New Delhi sending its own nominees to challenge its opponents in different parts of the country, overlooking the many talented young leaders who emerged from within party ranks and prompting them to leave for greener pastures.

Leader after leader was thrown out while they were still young, even as they began to garner mass appeal within their respective electorates. Some of them have even gone on to form their own regional parties; Mamata Banerjee and Y.S. Jagan Mohan Reddy being the best examples of the same. Yet the party’s Delhi high command still mostly works on the guidance of non-vote pullers.

The Nehru/Gandhi family, which formed the party’s national-level core, has not produced a single leader with ground-level experience since Indira Gandhi. Rajiv, Sanjay, Sonia, Rahul and Priyanka, though all backed by lineage and familial ties, never acquired the ground-level political, social or ideological experience required to take on and defeat the dangerous yet experienced foes from the RSS/BJP.

Congress leaders following Indira Gandhi were raised in a sanitised, closely-guarded and protected environment without ever being exposed to the knowledge and experiences from the village, field and town levels while they were still young. At the same time, a bunch of foreign-educated Dwija (Brahmin, Bania, Kayastha, Khatri and Kshatriya) intellectuals entered the party, under whose guidance the power structure in Delhi still remains.

Also read: A New Alliance Behaviour Is Emerging With the Anti-BJP League of the Opposition

These intellectuals enter the driving seat through the Rajya Sabha and depend on their proximity to the Gandhi family to gain votes and seats before eventually heading ministries and ruling thusly. Even today, the Congress’s Delhi high command consists of these leaders.

As these leaders continue to cook up theories of the dangers posed by serious, ground-level contenders, the party lacks vote-pulling leaders in many Indian states.

Ground level leaders mostly come from the Shudra/Dalit/Adivasi communities. For example, Y.S.Rajasekahar Reddy and Vilasrao Deshmukh emerged as mass leaders from an agrarian background. But the Congress never allowed these strong state-level leaders to play a critical role in Delhi and they were kept from emerging as national-level leaders.

Nowadays, well-educated leaders from agrarian backgrounds are emerging in various states; Akhilesh Yadav in UP and Tejaswi Yadav in Bihar are fighting the BJP with tact. If the Congress was to allow such leaders to emerge from within its own ranks, the long-standing issue of politics centred around one family could perhaps, finally be overcome.

But the coterie around the party’s high command mostly sustains itself by constructing conspiracy theories rather than making any real changes. This has created the severe problem which the Congress faces today. The BJP is now definitively the most powerful national party and the Congress’s dominion has been reduced to only a handful of pockets scattered around the country.

From the Adivasi background, P.A. Sangma did emerge from the Congress but from the Dalit background, no leader from any state has emerged so far. That is until the introduction of Charanjit Singh Channi.

For the situation in which the Congress currently finds itself, Channi, a young Dalit leader recently elevated to the post of chief minister of Punjab, perhaps shows a way out.

Channi, who has been educated in Punjab’s finest universities; has a degree in law, an MBA and is currently pursuing a Ph.D, succeeded a feudal raja in Amarinder Singh and edged out an arrogant cricket player in Navjot Singh Siddhu to win the post. By selecting Channi, Rahul Gandhi took a recognised risk, but the new Punjab chief minister is proving himself to be not just a capable leader but a shrewd politician as well; one who could handle Prime Minister Modi’s pre-election tricks in that state. Punjab police personnel on the flyover in Ferozpur where Prime Minister Modi’s convoy was stuck on January 5. Photo: PTI.

The Modi government had tried to seriously politicise the January 5 security issue in Punjab, directly attacking Channi by reportedly telling state government officials, “Apne CM ko thanks kehna, ki mein Bhatinda airport tak zinda laut paaya (Convey my thanks to your CM for my being able to reach Bhatinda airport alive)” when he was departing for Delhi.

This remark was heavily political, intended, no doubt, to malign the young Dalit chief minister and bring his political career to an end. But Channi handled the charged atmosphere well, saying, “I express regret that Prime Minister Modi had to return during his visit to Ferozepur district today. We respect our PM.” He also said he couldn’t personally receive the Prime Minister as one of his companions had tested positive for COVID.

Channi proved that a Dalit could handle the prime minister unlike anyone else so far.

Also read: Modi Is Most Dangerous When He Senses He Is Losing Ground

Even then, the Modi administration were after Channi, driving the discourse towards the dismissal of his government. But Channi came out stronger, raising the question of ‘Punjabiyat‘ (the self respect and identity of Punjabis) and defending the long-standing, peaceful protests from his state’s farmers.

The BJP’s top brass were projecting the incident as if Modi had escaped a major threat to his life, even though no such signals had come from the Prime Minister’s security personnel who were with him on the day. Channi silenced all overzealous ‘life threat’ propaganda with a single quote from Sardar Patel, tweeting: “One who cares for his life more than duty, he should not take big responsibilities in a country like India.”

This quote took the steam out of the BJP’s campaign to malign Channi. While it is true that the Prime Minister was stopped from reaching his destination that day, there was no violence or attack on his life.

Channi further said,  “… the life threat gimmick was aimed at toppling a democratically elected government,” further adding, “…there were no slogans against him, no stone throwing or no firing or anything, why such ‘cheap theatrics’?”

Channi’s handling of a problem of this magnitude demonstrated courage on the part of the young leader, that too when his party’s Delhi leadership was asking him not to make any statements since the Prime Minister’s security was in question. All the while, the party’s Punjab chief was not cooperating with him either.

Now that the security risk issue is being investigated by a committee constituted by the Supreme Court, Channi’s stature in Punjab and in the country as a whole has gone up significantly. The Congress party must understand that such young, educated, able leaders from Shudra/Dalit/Adivasis backgrounds should be promoted in every state so that any one of them could become the Prime Minister of the country in the future.

Leaders with good modern educations, records of ground-level party work and administrative experience should be allowed to emerge. The Congress’s aforementioned elite Delhi leaders, whatever their education and community background may be, will not be able win elections. Channi’s selection as chief minister of Punjab certainly shows that the party is moving in a new direction.

Kancha Ilaiah Shepherd is a political theorist, social activist and author. His well known books are God As Political Philosopher: Buddha’s Challenge to Brahminism, Buffalo Nationalism: A critique of Spiritual Fascism and The Weapon of the Other.