The Congress Continues to Grope Around for an Effective Strategy

Like Jeremy Corbyn, the party and its leader must stick by their principles no matter what the situation, only then will it eventually pay off. 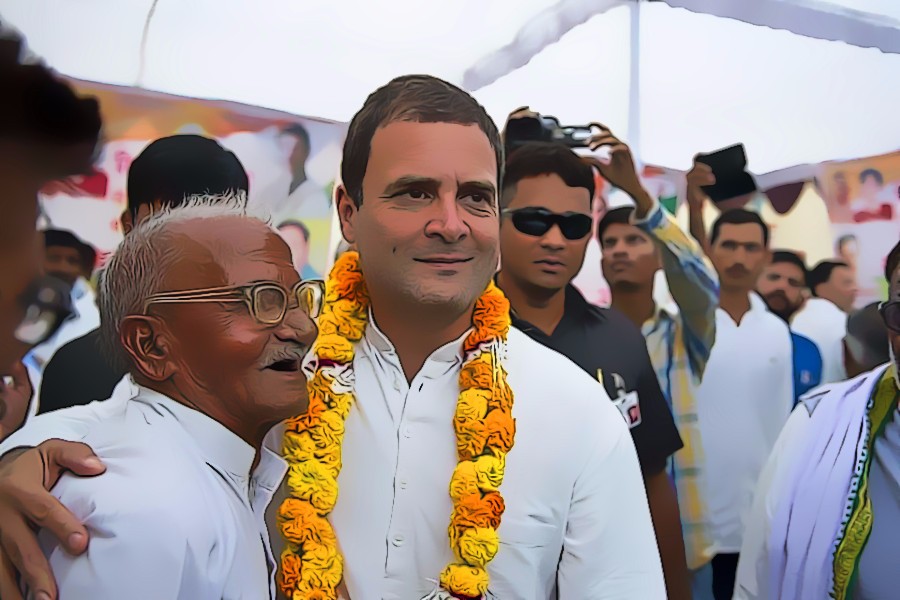 Rahul Gandhi with Congress supporters at a rally. Credit: Facebook

The BJP has managed to stun political observers and rival parties alike by naming Ram Nath Kovind as the party’s presidential nominee. Representatives of the Indian National Congress and other parties in the opposition had been meeting with each other for more than a month trying to chalk out a strategy and put up a candidate who could give a close fight to the BJP. But with the announcement of Kovind’s name, it appears that the opposition has been outsmarted by the Narendra Modi-Amit Shah duo.

In the initial days, Congress had sounded out Sharad Pawar but he chose to opt out after he realised the support came with riders. Moreover, Pawar wasn’t sure of the numbers despite being one of the most networked politicians in India’s political landscape. By the time Congress approached Pawar after dropping the preconditions late last month, he reckoned the BJP had conjured up the numbers, which would have made it difficult for him, even if friendly parties like the Shiv Sena backed him.

Even after Mohan Bhagwat’s Delhi trip last week, Kovind’s name remained a secret till it was officially announced by Shah. This should serve as a reality check for the beleaguered Congress, which has not yet got its act together despite more than three years in the opposition.

Not that the Congress and other opposition parties have any dearth of issues. Farmers have been at the receiving end of the Modi government’s ill-conceived policies and the killing of protesting farmers in the BJP-ruled Madhya Pradesh reflected the extent of government apathy to their plight. Farmers not getting reasonable prices for their produce and the failure of the Modi government to implement the recommendations of the Swaminathan commission are well documented but the opposition has consistently failed to make it a poll issue over the last three years.

The farmers’ outreach programme consisting of khaat sabhas and kisan mangpatras devised by Congress’s poll strategist Prashant Kishor in the initial stages of the Uttar Pradesh elections was subsequently ditched as the party stitched up an alliance with the Samajwadi Party on the eve of the elections.

In MP, the Congress is finding it difficult to organise people unhappy with the state government. In 2013, Congress parachuted Jyotiraditya Scindia at the last minute as the chairman of the election campaign committee but rarely do such last minute manoeuvres pay off. Even as the election to the state is less than a year away, the party has no visible strategy in place.

The Congress strategy for 2019 general elections is even more of a mystery. However, an organisational poll originally scheduled for 2015 has finally been set in motion which should culminate in Rahul Gandhi’s nomination as the Congress president before the end of the year. Polls in Gujarat and Himachal Pradesh will follow immediately after his elevation and the 2019 Lok Sabha election will be just a year away. 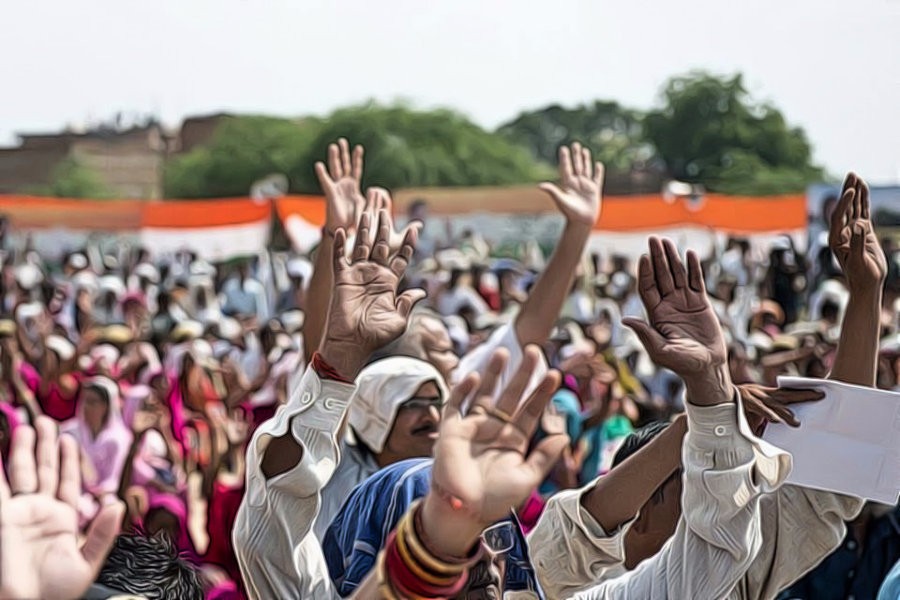 In the crucial state of Gujarat, which would appear ripe for plucking, Congress seems to be once again groping in the dark with leaders working at cross purposes. Shankersinh Vaghela, a part of the Congress since 1998 and serving as the leader of opposition in the Gujarat assembly since 2012, seems to have been sidelined despite his mass appeal and influence across the state.

If one assumed it was a principled stand taken by the central leadership on account of his erstwhile RSS roots, the ‘soft-Hindutva’ statements of Gujarat Congress president Bharatsinh Solanki (son of four-time CM Madhavsinh Solanki) would belie that. “Not only we urge the BJP (government at the centre) to implement a cow slaughter ban across the country, but also declare cow as the national animal for its protection,” he had stated, at an event in Rajkot early this month.

As for the central leadership, Gandhi’s lack of persistence even when he is pitted against a relentless adversary in Prime Minister Modi, who is a 24×7 politician, is proving to be a major handicap. It would do well for the Congress to consider the example of Jeremy Corbyn who has shown remarkable consistency right from 1983 when he entered the British House of Commons. Corbyn has stood by his principles and beliefs even in the face of Tony Blair’s and Gordon Brown’s New Labour in the mid-1990s. Would Gandhi stand up for liberal and inclusive principles or give sanction to expedient policies for perceived short-term gains?

Also, it would be hugely rewarding for the Congress party if it can, like Corbyn’s Labour party, mobilise people through trade unionism, especially in states like UP and Bihar where the BJP has an upper hand when it comes to cadre on the ground. If Congress fails to do so, the Aam Aadmi Party might, in the years to come.

It doesn’t even have to look that far – in states like Kerala, the Congress still commands organisational strength precisely on the back of trade unions in various sectors, including government employees. Even the techies in Bangalore have finally woken up to unionism in recent months after being ‘Bangalored’ and laid off in huge numbers. The opportunities exist, but the Grand Old Party first has to realise that and accordingly strategise to take advantage – for the moment, that looks like a remote possibility.