A police complaint has been lodged and CCTV footage is being scoured to determine her location. 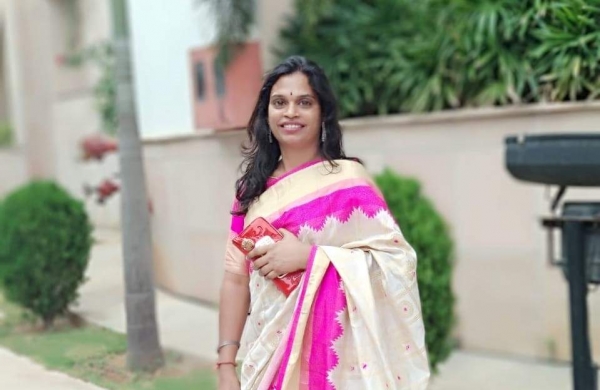 New Delhi: Chandramukhi Muvvala, a transwoman activist who is contesting the Telangana state assembly elections from the Goshamahal constituency as a candidate of the Bahujan Left Front (BLF), has reportedly been missing since early morning on November 27.

A missing person complaint has been filed at the Banjara Hills police station near her house.

She went missing from her home. According to a press release issued by Telangana Hijra Samithi, her friends from the transgender community who had arrived to help with campaigning were unable to locate her all day. She has been unreachable and is feared to be kidnapped, the samithi said.

According to sources, Chandramukhi had begun her campaign on Monday and had returned to her house late in the night. She is believed to have left the house in the morning with a group of men. Sources added that the police have agreed to look at the CCTV footage to determine her location.

Chandramukhi is the first and only transwoman to file her nomination for the state assembly elections in Telangana. The press release added, “As an activist with Telangana Hijra Intersex Transgender Samiti, Chandramukhi had strongly protested against atrocities upon members of the transgender and hijra communities, and had always been an outspoken voice at many rallies and public events upholding the self respect of transgender people.”

Telangana is set to go to the ballot on December 7 and the results will be announced on December 11.