After he received bail, sedition charges were also allegedly added. 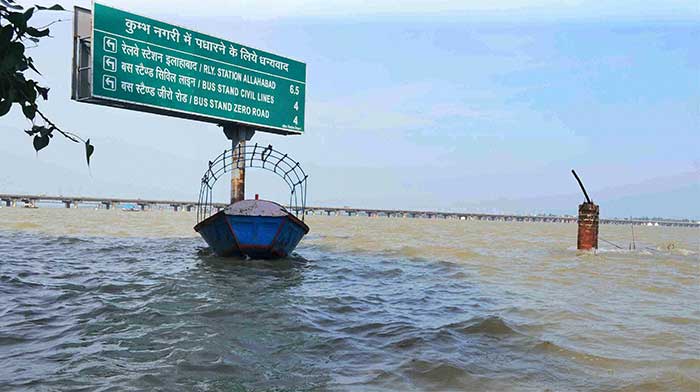 New Delhi: A teenaged Muslim boy was allegedly arrested by the Uttar Pradesh police and charged with hacking after posting a Facebook status update on the recent court ruling on rivers Ganga and Yamuna, The Telegraph reported.

Eighteen-year-old Zakir Ali Tyagi described his arrest and release while speaking at the meeting of the Bhim Army Defence Committee at the Press Club of India in Delhi on Tuesday, where many others also described their plight under the Adityanath rule in UP.

According to Tyagi, after the Uttarakhand high court termed the Ganga and Yamuna rivers as ‘living entities’ and gave them legal rights, he had updated his Facebook status to: “The Ganga has been declared a living entity; will criminal charges be initiated if someone drowns in it?”

He claims to have been forcefully picked up by the police from his home, which he shares with his employer, and charged under Section 66 of the Information Technology Act that deals with hacking and could could lead to a jail term of three years.

Zakir told the Telegraph that he was targeted for questioning the logic of granting “legal person” status to the Ganga.

Wasiq Nadeem Khan, Tyagi’s legal aid, told the Telegraph, “The police had initially registered the FIR under Section 66A, which prescribes three years’ jail for offensive posts, unaware that the Supreme Court had struck it down as unconstitutional in March 2015. When they realised the mistake, they merely dropped the letter ‘A’.”

Zakir, through Facebook, had also taken a jibe at the BJP’s temple politics in UP. His status read, “The government’s promise on the Ram Mandir was nothing but a gimmick, which will be made before the next polls again to lure voters, like the promise to send mullahs to Pakistan.”

The Telegraph report said he was also booked for cheating for using a murdered policeman’s image as his profile picture as part of a campaign to seek justice for the officer. The picture was of Akhtar Khan, a police officer killed on duty in Greater Noida.

Zakir told the Telegraph that he was beaten in prison. “I was locked up at Kotwali Nagar police station. Later that night, a man in a yellow T-shirt, jeans and shoes entered the cell and asked which of us was Zakir. When I raised my hand, he kicked and punched me till I lay writhing on the floor.”

“He abused me and said that people would stone my house and call me a terrorist as I had written against the government. I was never taken to a doctor but a medical report was produced in court saying I was in good health,” he went on to say.

After he received bail, sedition charges were allegedly added.

Zakir, who is pursuing a bachelor’s degree through correspondence from Swami Vivekanand Subharti University, Meerut, is going to approach the Allahabad high court for quashing the sedition case.