Satpathy says he does not buy that there is no alternative to Modi in the next general elections and is confident of the re-emergence of the regional parties. 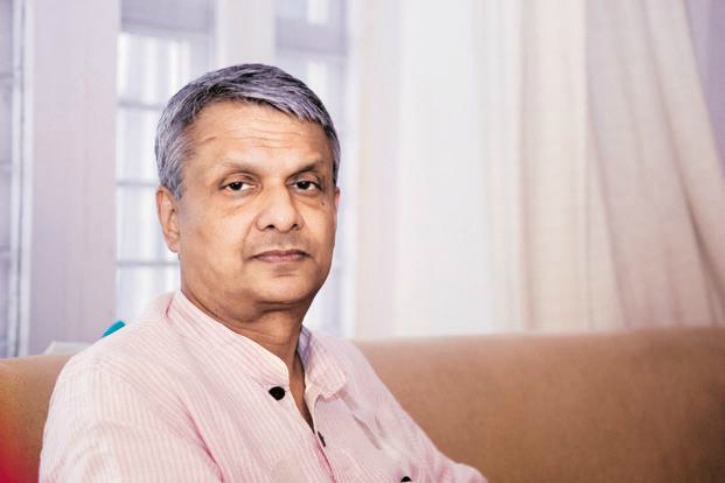 Tathagata Satpathy is one of the more articulate opposition members in the Lok Sabha who is heard with interest by all sides. A senior Biju Janata Dal leader and chief whip of the party in the House, 61-year-old Satpathy has the knack of saying things in such a way that he is heard by his critics and admirers alike.

In the recently concluded monsoon session, Satpathy, who is also the editor of the widely circulated Oriya daily Dharitri and the English daily Orissa Post, took a dig at the ‘cow worshipers’ in the ruling side, telling them plainly that they should learn to recognise their mother as the Jersey variety found in abundance at present cannot be called the “holy Indian cow”.

In an interview with The Wire, he laments that those who came to power in New Delhi by using the vehicle of democracy are now attempting to break it down. “They don’t want to maintain the vehicle that has brought them from Ayodhya to Delhi.”

A fourth-term Lok Sabha MP, Satpathy says he does not buy that there is no alternative to Narendra Modi in 2019. He hopes for the arrival of the Indian spring in politics and is confident of the re-emergence of the regional parties. He claims that even their joining forces could not be ruled out though the picture at present is “hazy”.

How do you see the scenario in 2019 Lok Sabha polls as BJP looks unstoppable since the opposition parties have failed to get their act together so far?

A lot of people say BJP may go in for snap polls. I disagree somewhat with this assessment. The people leading BJP are well aware that polls before time create an atmosphere not conducive to those who summon the polls. We saw this in 2004 and many times in the past 70 years.

But, there is no opposition unity now?

If you remember, in 1977 Indira Gandhi seemed the strongest, the most powerful, and obviously because of the Emergency not worth messing with. And since there were no opposition leaders worth their salt at that time, the outcome was considered predictable by many.

However, one thing I remember was that an average Indian was praising Indira Gandhi and keeping quiet when asked about others. I sense a similar situation of bhakts praising their leader today, although the bhakts are also becoming somewhat feeble.

But BJP chief Amit Shah is being hailed as ‘Chanakya’ after the party’s landslide in Uttar Pradesh, suggesting thereby that New Delhi will be retained via Lucknow again.

I will not be the competent person to comment on any individual. But then in the same breath one must admit that Uttar Pradesh over the past few decades had a very muddled and tumultuous politics. People of UP probably wanted to check out an alternative and they did what they did. To take credit for people’s decision is like a windsock that blows in the same direction that wind blows.

At the end of three years of Narendra Modi dispensation, how do you assess the NDA’s achievements and failures? Would you see glass as half full?

After three years, the BJP government looks to have fully emptied the glass. I would give only the example of Sansad Adarsh Gram Yojana, which was touted as the pet project of the prime minister.

Today, most of the BJP MPs have refrained from choosing one particular village in their respective constituencies. Similarly, one has to look at Swachh Bharat programme for which all of us are paying through our nose in form of hefty cess in every single transaction. Instead of making people aware about cleanliness, if you start taking money, then it becomes your sole responsibility to ensure cleanliness everywhere. If you want to see how effective the Swachh Bharat programme is, all one needs to do is go in and around New Delhi railway stations.

But the government claims that it has made a surgical strike on corruption through demonetisation and ushering in GST.

I have yet to see how demonetisation has helped the economy. GST is not unique to India, but what is unique is multiple layers of taxes. That ‘one nation, one tax’ slogan is obviously a big sham. Today’s reports that the industrial output has dipped to 2% as against 7.1% in same April-June quarter in 2016 should be an indicator of how helpful demonetisation and GST have been for our people.

BJP is suggesting that when Narendra Modi has to only contend with Rahul Gandhi, then there is no challenge to it in 2019. Where is the option they ask. Your comments.

People do not always look for a single individual when they want to escape from the yoke of one individual.

It seems you do not see much relevance of Congress in the next elections.

I see re-emergence of regional parties which may be the only path out of a non-democratic attitude at the Centre. So it is not necessarily an alternative individual or the Congress that can be a threat. It could be a group of people willing to lead a pro-democracy movement. Let us think of an Indian spring.

But regional parties are getting decimated as we saw in Uttar Pradesh. Besides, there is politics of intimidation by Modi-Shah against them.

Just that some regional parties had become complacent and they had to take a beating. I am sure all of them including SP (Samajwadi Party) and BSP (Bahujan Samaj Party) will tie their shoe laces and will be fighting fit in the very near future. Even joining of regional forces may not be ruled out at this moment even though the picture may seem a bit hazy today.

But you have seen that the Bihar chief minister Nitish Kumar has developed cold feet.

Not every regional party is like Nitish Kumar and his JD(U). It is fair to change political partners but never when you are elected in one partnership and you change mid-course.

If Nitish Kumar would have called for elections and gone with BJP that would have been a sign of a true democrat. Today it becomes easy to label such actions with a negative colour.

Note: This article was erroneously credited to M.K. Venu earlier. This has now been rectified.