'Have Records of All Calls Made From Abhishek Banerjee's Office,' Says BJP's Suvendu Adhikari

Adhikari's assertion gains significance in the light of news broken by The Wire, as part of the Pegasus Project, on TMC's Banerjee having been a potential target for surveillance using spyware. 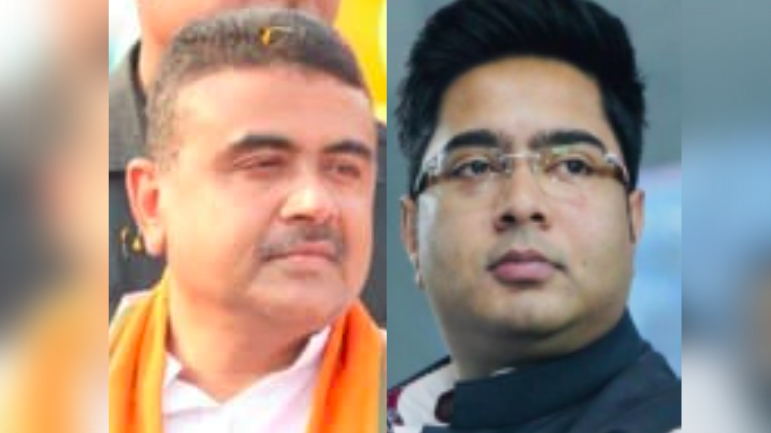 Kolkata: Bharatiya Janata Party MLA from Nandigram, Suvendu Adhikari, reportedly claimed at a rally in East Medinipur district that he has “call records of everyone who makes calls from the nephew’s office.” The ‘nephew’ here is Trinamool Congress chief and Bengal chief minister Mamata Banerjee’s nephew, the MP Abhishek Banerjee, whose phone number as The Wire has reported, was among those in the NSO Group’s leaked database, indicating intention of surveillance.

A video of Adhikari, who joined BJP from TMC before the state assembly election and is now leader of opposition in the assembly, has been in circulation on social media.

“I have the call records of everyone who makes calls from the nephew’s office. So beware. If you have the state government, then we have the central government in our hands,” Adhikari reportedly said in the video, according to a Bengali transcript provided by Anandabazar Patrika.

Adhikari’s assertion gains significance in the light of news broken by The Wire, as part of the Pegasus Project which has participation of 16 global media organisations.

On July 19, Kabir Agarwal, Ajoy Ashirwad Mahaprashasta and Siddharth Varadarajan reported that in the midst of the heated Bengal assembly election, the phone of poll strategist Prashant Kishor who was advising the TMC, was broken into using the Pegasus spyware.

NSO Group, which provides the software, has insisted that only “vetted governments” can purchase Pegasus. Thus the confirmed surveillance on Kishor’s phone goes a long way in indicating that the spyware is being used in India by an as yet unidentified agency to gather political information from rivals of the ruling Bharatiya Janata Party.

More relevant to Adhikari’s speech is the fact that the phone numbers of Abhishek Banerjee and his personal secretary were also selected as a potential target for surveillance.

“Pegasus has long been documented as being both sophisticated and deadly: it can record a target’s calls, copy all their messages or even secretly audio record or film them,” The Wire‘s writers note in the report.

Local media has surmised that Adhikari made the comment in an effort to issue a warning to the Tamluk Superintendent of Police Amarnath K., without naming him.

Citing the example of former Kolkata Police Commissioner Rajeev Kumar, who was grilled by the CBI for his alleged involvement in chit fund cases, Adhikari said it would be best if police officers perform their functions with integrity.

“A young boy has come here as SP. I want to tell him that he is a central government officer. Don’t do anything so that you have to go to Kashmir’s Anantnag or Baramulla (in a transfer),” he said.

The gathering at which Adhikari said this was reportedly attended by over 50 people, flouting COVID-19 norms. In the Medinipur meeting, he added that he would hold a mass agitation in the district on August 9 with one lakh people to protest against all malpractices in the state.

The Tamluk police has registered an FIR under several sections of the Indian Penal Code against Adhikari, it was also reported by local media.

Adhikari is facing multiple police probes, including one related to alleged tarpaulin theft.