According to a notification issued by the Legislative Department of the ministry, Chandra will assume charge on April 13. 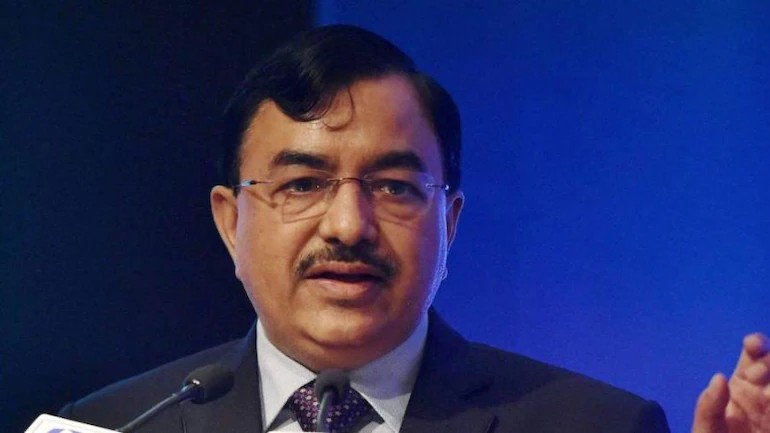 According to a notification issued by the Legislative Department of the ministry, Chandra will assume charge on April 13.

“In pursuance of clause (2) of Article 324 of the Constitution, the President is pleased to appoint Shri Sushil Chandra as the Chief Election Commissioner with effect from the 13th April, 2021,” the notification read.

Chandra was appointed as an election commissioner on February 14, 2019, ahead of the Lok Sabha elections.

Under him, the Election Commission (EC) would hold assembly polls in Goa, Manipur, Uttarakhand, Punjab and Uttar Pradesh.

The term of the assemblies of Goa, Manipur, Uttarakhand and Punjab ends on various dates in March next year.

The term of the Uttar Pradesh assembly ends on May 14 next year.

New assemblies have to be constituted before their five year term ends.

Chandra was the chairman of the Central Board of Direct Taxes before he joined the EC.

FollowIng the retirement of Arora, the three-member poll body as of now has a vacancy. While Chandra will be the new CEC from Tuesday, Rajiv Kumar is the other election commissioner.

Chandra, an IIT graduate, is a 1980-batch officer of the Indian Revenue Service (Income Tax cadre).

Since Chandra has expertise in taxation and investigation, he has helped the poll panel in election expenditure by political parties and candidates, a senior EC official said.

Chandra completed his B.Tech from Roorkee University and LLB from Dehradun and joined IRS in 1980.

He has served in Uttar Pradesh, Rajasthan, Delhi, Gujarat and Mumbai and has worked in the areas of international taxation and investigation at various places.

He was commissioner of Income Tax (Appeals) International Taxation at Delhi.

Before being appointed chairman of CBDT, he was member (Investigation) in the Board.

Besides the last Lok Sabha polls, Chandra was also a part of preparations in holding assembly elections in Delhi, Haryana and a few other states.

He is also an ex-officio member of the Delimitation Commission tasked to redraw the assembly constituencies of the Union Territory of Jammu and Kashmir.