Supreme Court Orders Floor Test in Uttarakhand Assembly on May 10

If Rawat wins the trust vote he will become the chief minister, but if he loses then the governor will invite the leader of the party who claims majority support to form the government. 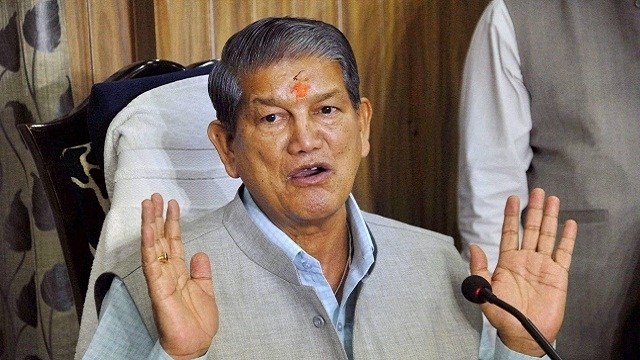 New Delhi: The Supreme Court on May 6 gave a severe jolt to the Narendra Modi government by directing the former chief minister of Uttarakhand, Harish Singh Rawat to take a ‘vote of confidence’ on the floor of the assembly on May 10.

This is, perhaps, the first time that the apex court has intervened in a state under president’s rule and ordered a floor test to determine the support a chief minister has by keeping Central rule in abeyance during the period of the trust vote.

A bench of justices Dipak Misra and Shiva Kirti Singh ordered suspension of president’s rule in Uttarakhand from 10.30 am to 1 pm on May 10, when the floor test is to take place. The bench, however, did not restore the status quo ante for Rawat to become chief minister when he takes the vote of confidence.

In a further setback to the BJP and the Centre, the bench refused to allow the nine dissident Congress MLAs – whom the speaker of the assembly had disqualified – from participating in the confidence motion.

If Rawat wins the trust vote he will become the chief minister, but if he loses then the governor will invite the leader of the party who claims majority support to form the government.

The apex court had ordered a similar floor test in the Jharkhand assembly in March 2005 to decide whether Arjun Munda or Shibu Soren enjoyed a majority. The Supreme Court had intervened when the governor invited Soren to form the government. When Munda also claimed a majority in the assembly, the court directed a composite floor test on March 11, 2005  to ascertain who enjoyed the majority — the chief minister, Shibu Soren, appointed by the governor or the former chief minister, Arjun Munda.

In the present case, the bench passed its order in the special leave petitions filed by the Centre against the Uttarakhand high court judgment quashing the March 27 imposition of president’s rule. The apex court had earlier stayed the floor test ordered by the high court on April 29.

Earlier, attorney general Mukul Rohatgi submitted that the petitioners have no objection to having a floor test in the assembly. Senior counsel Kapil Sibal, Rajeev Dhavan and Abhishek Singhvi also agreed to a floor test under the supervision of the Supreme Court.

Taking note of the agreement, the bench in its order said “a special session of Uttarakhand legislative assembly be summoned/convened on 10th May, 2016, commencing 11.00 a.m. The only agenda in the assembly would be the vote of confidence sought by Harish Singh Rawat. Apart from the said agenda, nothing else shall be discussed in the assembly. The proceedings in the assembly are expected to be absolutely peaceful and without any disturbance. This court expects that all the members and all concerned with the affairs of the assembly shall abide by the same in letter and spirit.”

The court asked the chief secretary and the director general of police, Uttarakhand to see that all the qualified members of the legislative assembly freely, safely and securely attend the assembly and no interference or hindrance is caused by anyone therein. The assembly session will commence at 11.00 am for the singular agenda, that is, the floor test of the assembly and will be over by 1.00 pm. On the confidence motion having been put, a division of the house will take place and the members who are inclined to vote in favour of the motion will sit on one wing/side and the others who are against the motion will sit on the other wing/side.

The bench asked the principal secretary of the legislative assembly to see to it that the voting was appositely done and recorded. The members voting in favour of the motion will singularly vote by raising their hands one by one and that will be counted by the principal secretary. A similar procedure will be adopted while the members vote against the motion. The entire proceedings will be video-graphed and the video recording will be placed before the Supreme Court.