The court was responding to a plea filed by the Congress, which argued that governor Mridula Sinha's invitation to the BJP to form government was "illegal". 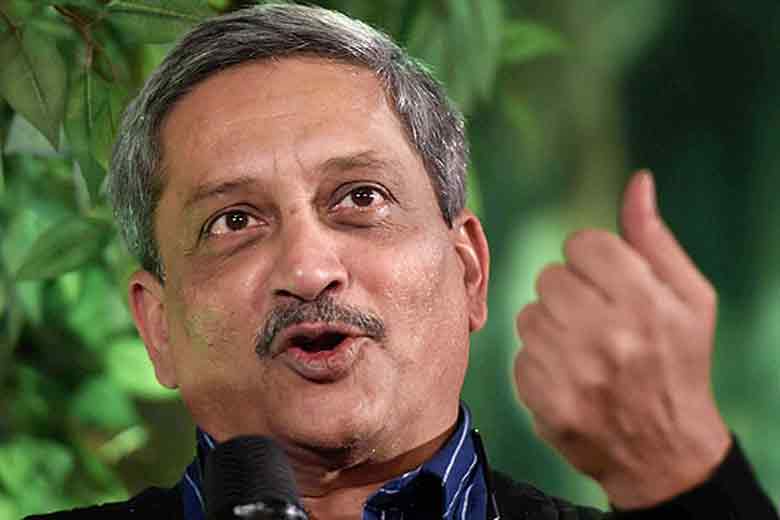 Manohar Parrikar is likely to be sworn in as Goa chief minister on Tuesday. Credit: PTI

New Delhi: On Tuesday (March 14) morning, the Supreme Court refused to stay Manohar Parrikar’s swearing in as Goa chief minister. The BJP government will have to hold a floor test on Thursday (March 16) to prove its majority, the court said.

The court was responding to a plea filed by the Congress, which argued that governor Mridula Sinha’s invitation to the BJP to form government was “illegal” and a “blatant unconstitutional action”. As the single largest party after the elections, the Congress felt they should have been given a chance to form the government first, NDTV reported. The Congress won 17 seats and the BJP 13, but the BJP now claims to have the support of 21 MLAs in the 40-member assembly.

According to the Hindustan Times, the court said that the Congress should have “stood on dharna outside the governor’s house” if they had the numbers. The apex court also asked why the Congress did not present affidavits from supporting MLAs. “You had the entire night, the best time, to get affidavits ready or present your supporters before us,” the bench headed by Chief Justice J.S. Khehar said.

Congress and its UPA allies today staged a walkout of the Lok Sabha to protest the alleged efforts to install BJP governments in Goa and Manipur despite Congress having the numbers.

Members of the Congress, Nationalist Congress Party and Rashtriya Janata Dal raised the issue during Question Hour. Congress leader in the house Mallikarjun Kharge claimed that democracy is being “murdered”.

When the speaker said she would not allow the Question Hour to be disrupted and members should raise such matters in the Zero Hour, Kharge wondered that if they are not allowed to raise the issue in the house, where else would they go.

Finance minister Arun Jaitley said since the Congress leader has used “strong words”, they should either be expunged or the government be allowed to respond.

The speaker said nothing beyond the questions and answers will be allowed to go on record. The Congress, NCP and RJD members then staged a walkout.

The Congress has alleged that the BJP is moving against the law and precedent in forming their governments in Goa and Manipur, saying they are the single largest party in both the states.