Bench says it is satisfied the 14 rebel MLAs disqualified by the speaker were not served notice in the prescribed manner but will continue to consider the legality of the imposition of president's rule in the state. 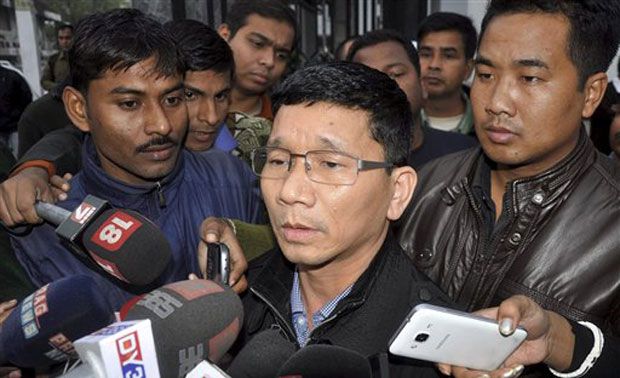 Kalikho Pul may soon be invited to form the new government in Arunachal Pradesh. Credit: PTI

New Delhi: The Supreme Court on Thursday vacated the stay it had placed on the formation of a new government in Arunachal Pradesh following the Union cabinet’s recommendation to the president that central rule in the state be revoked.

Within hours of the Union cabinet’s decision on Wednesday, the apex court had ordered maintenance of the status quo and restrained the Arunachal Pradesh governor from inviting rebel Congress leader Kalikho Pul to form the government. Wednesday’s interim order had come after senior lawyers F S Nariman and Kapil Sibal, appearing for Arunachal Congress leaders, sought maintenance of the status quo till their plea seeking to restrain Governor JP Rajkhowa from swearing in a new government in Arunachal Pradesh was decided.

The 60-member assembly has now a strength of 58 MLAs, with two members having resigned. Though the speaker had disqualified 14 rebel Congress MLAs, the disqualification was stayed by the Gauhati High Court  and the apex court refused to stay that order during the hearing of the appeals.

On Wednesday, a five judge constitution bench of Justices J. S. Khehar, Dipak Misra, Madan B. Lokur, Pinaki Chandra Ghose and N.V. Ramana had directed the Centre to maintain the “status quo” and summoned the records from the high court pertaining to the original disqualification proceedings initiated by the then speaker, Nabam Rebia. The apex court received the records in the afternoon. The judges initially perused the records in the court hall and later retired to their chamber to have discussions.

On their return after a few minutes, Justice Khehar and Justice Dipak Misra told senior counsel Fali Nariman, Kapil Sibal and Ram Jethmalani, “Prima facie we are not inclined to interfere with the high court order staying the disqualification of the 14 MLAs, we are satisfied with it.”Justice Khehar said, “When we passed the status quo order yesterday, we were conscious of the seriousness. Two things were worrying us, i.e. the submission that the notice of disqualification of 14 MLAs was not served on them and the order of disqualification was also not pasted at their residences as it was claimed. We have seen the original records and we are satisfied that these two things were not complied with and the high court had rightly interfered. The peon had filed an affidavit that he had not pasted the order which is identically worded.”

In a brief order, the bench then said, “Having seen the original records which are put before us by the registrar General of Gauhati High Court, the order of January 7 calls for no interference at this stage. Accordingly, the ad-interim order of status quo passed on Wednesday is vacated.”

The bench also transferred the case regarding disqualification of the 14 legislators from the single judge currently hearing the matter to the division bench of the high court and asked it to expeditiously decide the matter within two weeks. The apex court, however, made it clear that any further action taken will be subject to the outcome of the matter pending before it. The bench said it will proceed with the hearing from tomorrow on petitions challenging the imposition of president’s rule in the state on January 26.

It was the contention of the 14 MLAs that the only reason for disqualifying them was that they did not attend the Congress legislature party meeting held on November 18, 2015 as at that time they were opposing Chief Minister Nabam Tuki. As such, since the speaker was siding with the CM, the disqualified MLAs cannot expect any fair treatment from him. They also claimed that notice as required under the rules was not issued to them, nor was the disqualification order was served. The Gauhati high court on January 7 had suspended the disqualification of the 14 MLAs taking note of this lapse.