The Union home minister has repeatedly referred to the Rohingya as “illegal immigrants". 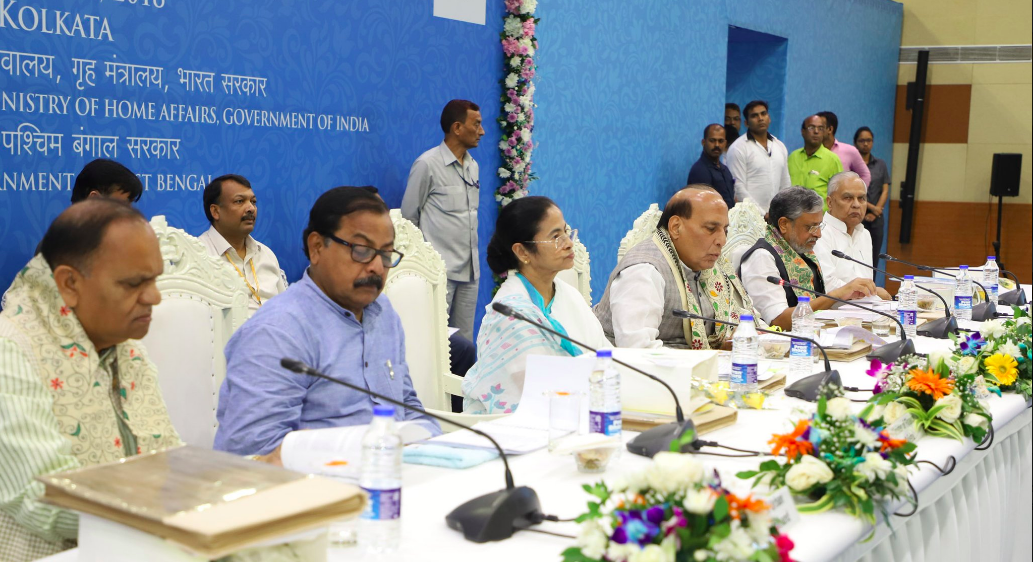 New Delhi: Referring to the Rohingya, Union home minister Rajnath Singh today said all the states have been told to collect the biometric data of these “illegal migrants” for undertaking “action through diplomatic channels with Myanmar”. This just days after the Railway Board, acting on “intelligence inputs,” directed the Railway Protection Force – which comes under the home ministry – to look out for the movement of large number of Rohingya towards Kerala and to hand them over to the local police if they are found.

“States have been told to identify them (Rohingya). They have to take their biometrics also. After that, they will send a report to the Centre. Then the Central government will initiate action through diplomatic channels with Myanmar and then we will get it resolved,” Singh said, adding that the Centre would provide adequate central forces for fulfilling this task.

Singh had on September 27 called Rohingya “illegal immigrants” and directed the state governments to monitor their movements to enable their deportation to Myanmar. Speaking at the BJP’s Kerala state council meeting in Kochi, he had also said that “the presence of Rohingya is confined not only to the northeastern states. They have reached south Indian states including Kerala.”

He had also stated that “the Centre has directed the states to be cautious”.

“The states have been directed to observe their movements. They should not get documents that could help them prove they are Indian citizens,” he had said.

Earlier, at an event organised by the National Human Rights Commission, Singh had also questioned why some people were objecting to the deportation of Rohingya when Myanmar was willing to take them back.

‘Rohingya are not refugees, have not applied for asylum’

Incidentally, citing a recent apex court ruling which had directed the Central government to ensure that unique identity cards are not issued to “illegal migrants”, the MHA had asked the states to share with the UIDAI the particulars of such migrants who have wrongfully obtained Aadhaar cards for appropriate legal action.

Most Rohingya believed to be residing in Jammu and Kashmir

While the exact number of Rohingya in India remains a matter of conjecture, in August, minister of state for home, Kiren Rijiju, had stated that the Centre wants to deport all the 40,000 Rohingya from the country. It is believed that most of the Rohingya who moved into the country in the wake of persecution in Myanmar are at present residing in Jammu and Kashmir.

The action by the home ministry has also translated into action on the ground with various police forces being put on alert following “intelligence inputs”.

RPF told to prevent their movement to southern states

Two days ago, a national daily had reported how acting on intelligence inputs from the Railway Board, the Southern Railway had directed Railway Protection Force units to remain vigilant about the movement of a large number of  Rohingya from northeastern states to Kerala and to hand them over to the local police if they are spotted.

The newspaper had cited a letter sent by the chief security commissioner of Southern Railway on September 26 to the divisional security commissioners of Chennai, Madurai, Salem, Trivandrum, Palaghat and Tiruchirapalli in this regard. It had also noted how the letter had spelt out a list of 14 trains originating from states such as West Bengal and Assam with destinations spread across Tamil Nadu and Kerala. “All Rohingya are travelling in groups with their families,” the letter had stated.

It was also mentioned in the letter that these trains were the ones skilled and unskilled labourers of northeastern states preferred to travel to Kerala and Tamil Nadu. The letter had also stated that “if found in these trains they may be handed over to the local police. An action taken report should be sent”.