'After All, My Name Is Stalin': In a Speech at CPI(M) Congress, a Roadmap to Counter BJP

The DMK's chief's speech at the CPI(M)'s congress has reflected the assonance between communist and Dravidian politics. 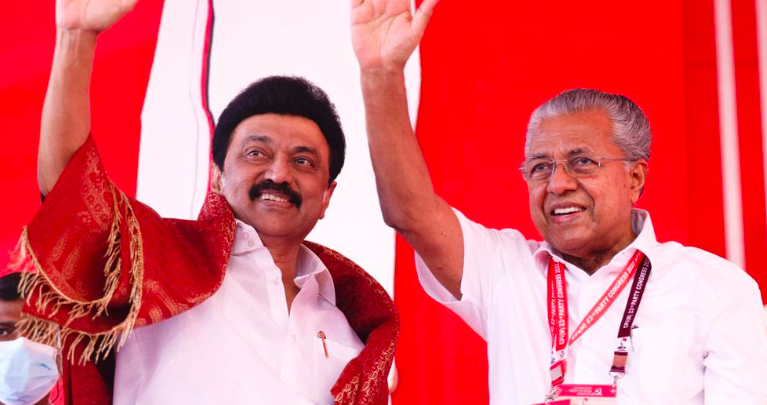 New Delhi: The Dravida Munnetra Kazhagam (DMK) supremo and Tamil Nadu chief minister M.K.Stalin’s remark at the Communist Party of India (Marxist)’s 23rd party congress – “after all, my name is Stalin” – may well go down in history as a harbinger of a new ideological camaraderie between communists and Dravidian parties.

This is especially significant as it comes at a time when the Bharatiya Janata Party’s political dominance in large parts of India reduces the visibility of the diverse shades of Indian politics.

Speaking at a seminar on ‘Centre-state relations,’ and delivering what was a scathing critique of the BJP-led Union government’s alleged proclivity towards centralisation of power, Stalin started out in Malayalam – much to the joy of the crowd which cheered heartily – and gradually transitioned to Tamil. Stalin evoked the historical relationship between Dravidian parties and communists, even as he emphasised upon building a larger political alliance to secure constitutional guarantees made to the states in the Indian Union.

“The relationship between the Dravidian parties and the communists dates back to the beginning of the last century. It was Periyar who translated the Communist Manifesto into Tamil. We (Tamizhians) had a tradition to name kids after the Russian revolutionaries…After all, my name is Stalin. Do I need to state anything beyond this to prove our relationship?” asked the Tamil Nadu chief minister.

Also read: As CPI(M) Goes into Huddle at Party Congress, Will It Be Open to Course Correct?

As the CPI(M) prepared for the party congress between April 6 and 10 at Kannur in Kerala, Stalin’s presence at a seminar of the four-day event, had assumed political significance. Although the DMK has been fighting Tamil Nadu elections in alliance with Left parties, the two political forces have mostly been critical of each other ever since DMK first rode to power in 1967.

With both the Left Front government in Kerala and DMK-led Tamil Nadu government at the forefront of opposing the Union government’s tendency for greater centralisation, the meeting of the two forces at the CPI(M)’s congress signals the possibility of a long-term ideological alliance against the BJP. 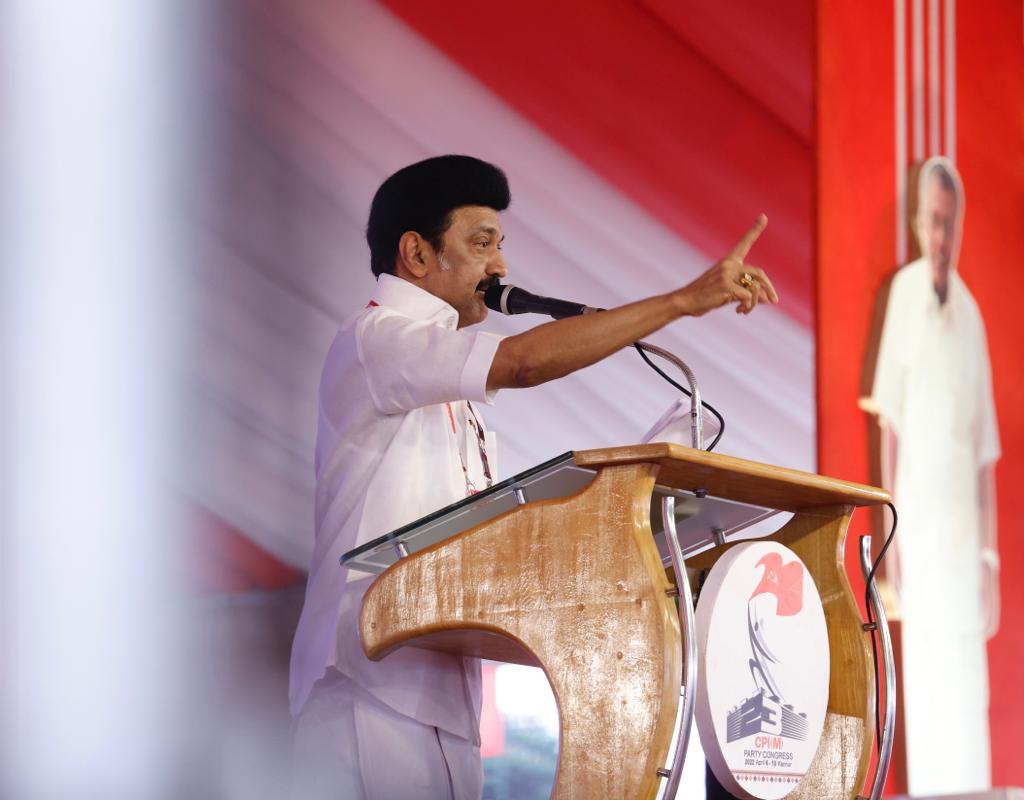 “The founders of our constitution didn’t create a unitary, monolithic government. The subjects over which they exercise power were separated into three, and placed under the Union List, the State List and the Concurrent List. Further, after the passing of the Panchayat Raj Act, local self-government bodies were given rights, and powers were devolved to them. Hence, villages must grow. With the growth of villages, the State would prosper, and with the growth of States, the nation would flourish,” he said.

He made his political agenda clearer in the very next sentence. “The Union government is bent on decimating the powers of the villages and States of India. This is antithetical to the Constitution of India.”

He said that the Union government has “breached the jurisdiction defined by the Indian Constitution and is encroaching on the powers of the states,” with the intention to expand BJP’s political reach and corner BJP’s political opponents.

In what may provoke a debate, Stalin said, “Even the British who ruled over India did not set out to create such an all-powerful unitary structure as is being done now.”

“Even in the Government of India Act 1919, it was said that the self-government in provinces must be such that the interests of the locality and the provinces were taken care of. It was also said that the Union government must oversee and govern the unified framework of such provinces,” he argued.

“I explicitly accuse the Union Government of having a tendency to concentrate powers with an intent to subjugate the States and local bodies, something that even the British didn’t undertake,” the chief minister said.

He quoted Mahatma Gandhi and Bhagat Singh to emphasis upon the importance of federalism in a free India.

“All acts are now legislated without any debate. Parliament is now devoid of any special, meaningful debates and there are no appropriate answers to any questions raised. The government in Delhi acts in a manner that is accountable to none. The Union BJP government is now operating with impunity and thirst for power, to control even the co-operative societies in our villages,” the DMK supremo said. 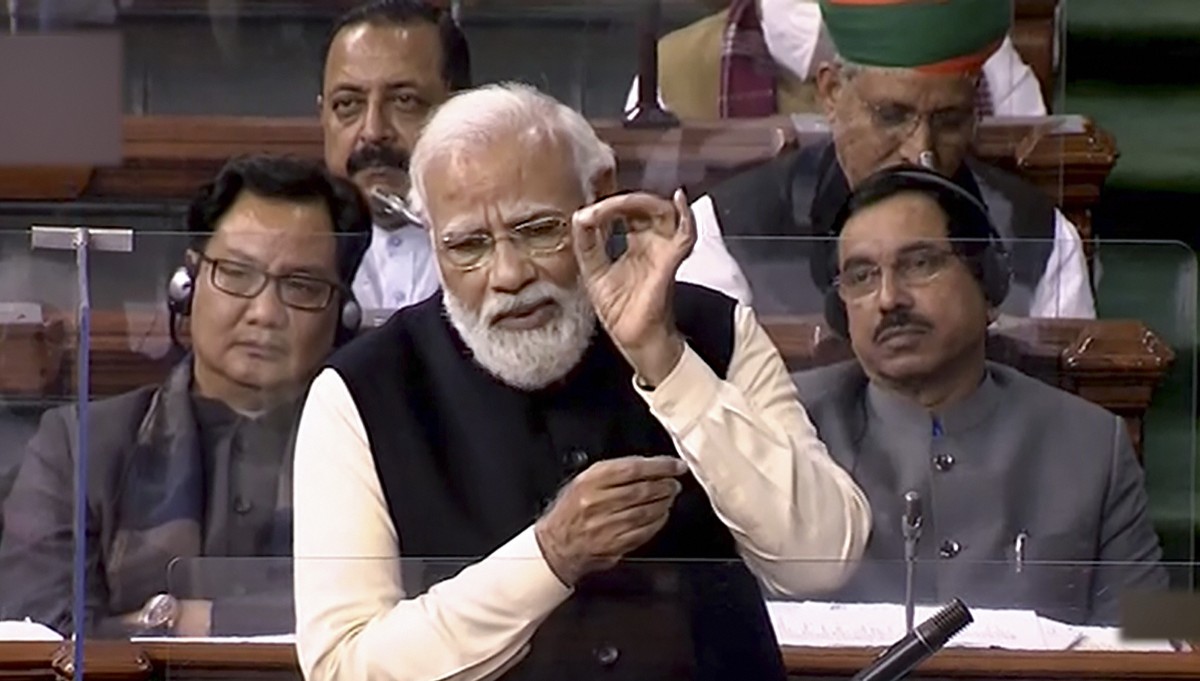 He went on to lampoon the BJP for allegedly misusing the governor’s office for political ends, taking partisan executive action with impunity while holding constitutional principles at stake.

“In Tamil Nadu, the NEET bills, passed twice by the constitutionally-elected legislature, have not been sent to the President by the Governor who is engaging in delaying tactics. Is he acting in accordance with the Constitution? It is not just the NEET Bills,  there are 11 bills in the hands of the Governor. What is the reason for him not acting upon them,” he asked, asserting that the ‘nominated’ governor’s office in most states has been overruling decisions made by elected governments.

He narrated what the former West Bengal chief minister and CPI(M) stalwart, the late Jyoti Basu, had said about an uncooperative governor. “He has created a killing field with an intent to kill democracy point blank – and has transformed the state into a practice field for experimenting with his wrongful political experiments”.

Almost immediately, he spoke about what his father M. Karunanidhi had said, “Muthamizh Arignar Kalaignar who ruled Tamil Nadu for five terms said, ‘Several paradoxes and problems persist in Indian politics for the sole reason that states are not given the powers’.”

He went on to speak about how Dravidian ideologue C.N. Annadurai and the first elected communist chief minister of India E.M.S Namboodiripad had also found the Centre and governor’s role impeding the chief minister’s functions.

“The moment we legislate for improving the life of the poor, vulnerable and subjugated or talk about educational rights, or articulate our views about the culture of South India or speak on the principle of equality, they would throw a spanner into the works and disrupt the proceedings,” Stalin said.

As he ended, he said that to overcome such “active efforts of disruption”, the states need to form a collective “to fight, to resist”. He also called for amendments in the Indian constitution to “bestow more power to states”.

“During my recent visit to Delhi, in an interview given to PTI news agency, I had insisted upon the need for such a unity. I had then said, “In Tamil Nadu, we have organised the secular forces as a unitary front. We function, not just as political parties dividing the constituencies among ourselves during the times of election, but also safeguard and sustain the relationship built on ideological grounds. This forms the bedrock of our victory.”

“To safeguard the diversity of India, the principle of federalism, democracy, secularism, equality, fraternity, state’s rights and educational rights, we must set aside political differences and come together as one,” the DMK leader appealed. He signed off by saying “Red salute, comrades”.