I Am a Full-Time and Hands on Congress President: Sonia Gandhi at CWC Meet

Gandhi's statement comes at a time when the dissident group of G-23 leaders have recently said that the party 'does not have a president'. 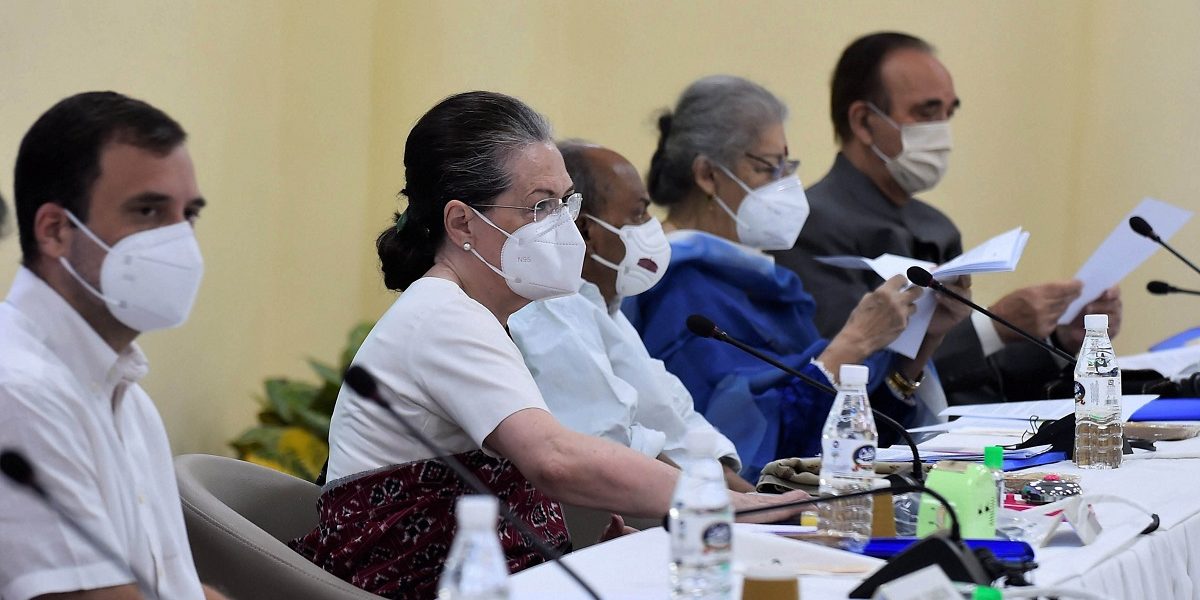 New Delhi: Sonia Gandhi on Saturday told the Congress’s top brass that she is the “full-time and hands-on Congress president”, as the party’s working committee met to deliberate on key issues such as organisational elections, upcoming assembly elections and the political situation in the country.

Gandhi’s statement at the Congress Working Committee (CWC) meet was likely aimed at the dissident G-23 leaders, who have recently raised concerns about the party’s functioning.

Gandhi said that every party member wants the revival of the Congress, but this requires unity and keeping party’s interests paramount. “Above all, it requires self-control and discipline,” she said.

Gandhi said she is “acutely conscious” of the fact she has been the interim Congress president for the past two year and that though a roadmap had been finalised for electing a regular president by June 30 of this year, the second wave of COVID-19 forced an extension of the deadline.

“Today is the occasion for bringing clarity once and for all. A schedule for full-fledged organisational elections is before you,” Gandhi said.

“I am, if you will allow me to say so, a full-time and hands on Congress president. In the last two years, a large number of our colleagues, particularly the younger ones have taken on leadership roles in taking party policies and programmes to the people – whether it be the agitation of farmers, provision of relief during the pandemic, highlighting issues of concern to youth and women, atrocities on Dalits, Adivasis and minorities, price rise, and the destruction of the public sector. Never have we let issues of public importance and concern go unaddressed,” she said.

Finally, she said that she has always appreciated frankness. “There is no need to speak to me through the media. So let us all have a free and honest discussion; But what should get communicated outside
the four walls of this room is the collective decision of the CWC,” she concluded.

Gandhi’s comments come after Kapil Sibal, a prominent member of the ‘G-23 group’, had publicly said recently, “In our party, at the moment, there is no president, so we don’t know who is taking these decisions. We know and yet, we don’t know.”

He was speaking after the Congress inducted Kanhaiya Kumar and Jignesh Mevani into the party, but was also referring to the resignation of Amarinder Singh as the Punjab chief minister and Navjot Singh Sidhu stepping down as president of the party’s Punjab unit.

Gandhi also discussed the upcoming assembly elections in several states, saying that while preparations had already “begun a while back”, the party faces many challenges. “But if we are united, if we are disciplined and if we focus on the Party’s interests alone, I am confident that we will do well,” she said.

Discussing the political situation in the country, Gandhi criticised the UNion government for its handling of the farmers’ protest. She condemned the Lakhmipur Kheri violence, in which four farmers were killed by an SUV allegedly driven by Union home minister Ajay Mishra’s son Ashish Mishra, saying such incidents betray “the mindset of the BIP and how it perceives the Kisan Andolan”. The incident shows “how [the BJP] has been dealing with this determined struggle by Kisans to protect their lives and livelihoods,” Gandhi said.

She said the economy continues to be a cause of great concern in spite of the government propaganda to make us believe that it is not. “As we all know, the only answer the government seems to have for economic recovery is selling off national assets built with great effort over the decades,” she said.

‘[A]ll this is in jeopardy with the Modi government’s single-point agenda of becho, becho, becho [sell, sell, sell],” she said.

The Congress interim president also criticised the soaring prices of petrol and diesel and other fuels, saying the cost of these goods is “making life unbearable for people across the country”.

Gandhi condemned the “sudden spurt in killings in Jammu and Kashmir”, saying minorities clearly have been targeted. However she said that since J&K has been a Union Territory for two years, “The entire responsibility for bringing the perpetrators of these barbaric crimes to justice is that of the Union government. Restoring social peace and harmony and confidence amongst the people in J&K rests with the Modi government too.”