Signatories of the letter asking for more democratic party were carefully selected, to make it clear that disgruntlement went beyond Twitter-savvy Delhi circles. 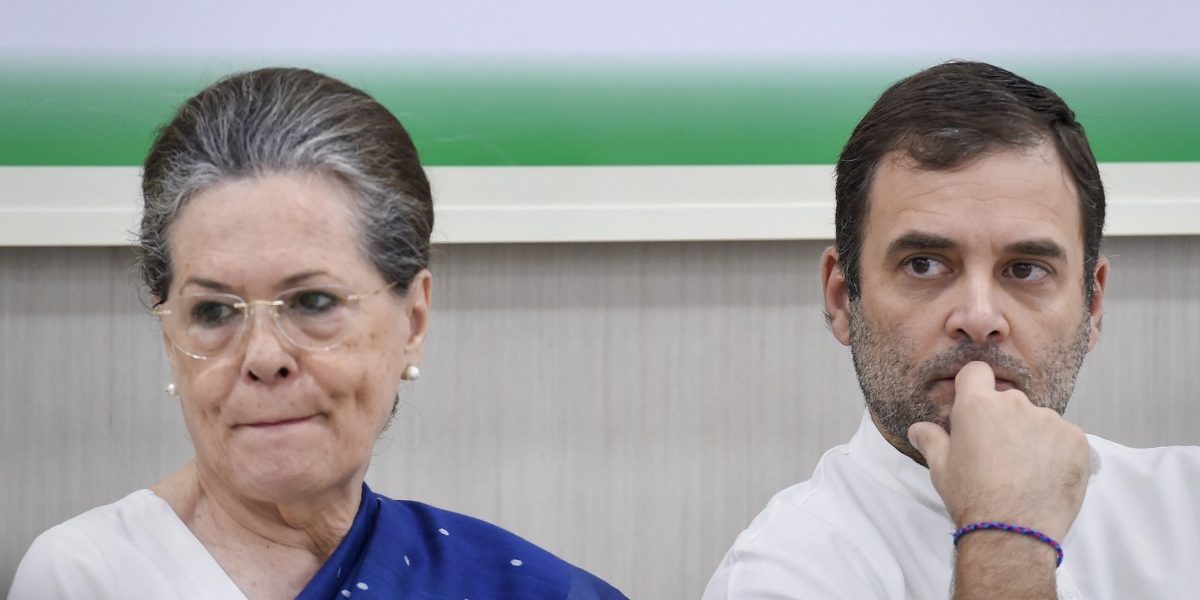 Congress president Sonia Gandhi has reportedly asked the party to look for a new chief. But this move has come after she did not acknowledge a letter written and delivered to her by some senior party members for more than a fortnight, until it was leaked to the press. The Congress Working Committee is meeting today and will discuss the letter, but its roots have now been exposed: a lackadaisical approach and self-indulgence from the Gandhi family.

The trigger for the letter was when a very senior Congress leader – one of the signatories – was told by Sonia that he should come through Randeep Singh Surjewala, explain the issues to him, and Surjewala would in turn brief Rahul. This made the leader realise how deep the reach of leaders like Surjewala, P.L. Puniya, Avinash Pandey, Kanishka Singh, Deepak Babaria and Madhusudan Devram Mistry – who may not have much of a mass base or support on the ground – with the party leadership.

The letter’s emphasis on “collective leadership” and argument that the “youth are losing confidence” should be seen as a severe indictment of the Gandhis, even though the letter sugarcoats it by reposing faith in the family. But Shashi Tharoor’s tweet on Sunday, quoting Jawaharlal Nehru, points to the “gradual oozing out of hope and vitality” and slices a deep cut with “prisoners of the past”.

‘Without passion and urge, there is a gradual oozing out of hope and vitality, a settling down on lower levels of existence, a slow merging into non-existence. We have become prisoners of the past and some part of its immobility sticks to us’. ~ Jawaharlal Nehru

At least two Congress chief ministers and almost all Pradesh Congress Committee chiefs of relevance have internally reposed faith in what the 23 signatory leaders want to convey. The most significant signatures, of course, belong to Azad, who is the leader of opposition in the Rajya Sabha, and Hooda, for his obvious influence over Haryana where all of Robert Vadra’s problems are located.

Also read: For the Congress To Find Credence Again, Its Democratic Renewal Is Imperative

According to sources, rebels want Azad as the working president, while Gandhis may settle for Venugopal or a five-member executive team. Azad may be unacceptable on account of being a Muslim, they said, so it may eventually fall on a five-member central collective leadership team.

At least three signatories have revealed to The Wire that leaders who signed the letter were selected carefully to demonstrate that the problem is not limited to the Twitter-savvy lot from Delhi circles. For instance, it does not include Kamal Nath and Digvijay Singh, who were both eager to sign but were omitted. It does, however, include Arjun Singh’s son and defeated Madhya Pradesh Thakur leader Ajay Singh. So while Milind Deora, Kaul Singh and Jitin Prasada were amongst the signatories, Sachin Pilot was not invited. The signatories include at least five former chief ministers and several CWC members.

The roadmap suggested in the letter is of course nothing new: hold fair internal elections at all levels, including to the CWC, according to the Congress constitution, establish an institutional leadership mechanism and reach out to like-minded parties. But when you are in the Congress – and some of these leaders have indeed spent a life time in the party – there is no getting away from the weight of the family and its keepers. Even though Rahul resigned more than a year ago and Sonia took charge, everyone knows that nothing moves without the approval of  “brother and sister”.

It’s the resentment of top leaders who have served through the reigns of Indira, Rajiv and Sonia herself that is oozing through the letter, and the party’s first family will be hard-placed to quell this. Pilot is already being pushed about in Rajasthan, and Tamradhwaj Sahu and T.S. Singhdeo in Chhattisgarh are getting restless. The family will have to be very careful in Monday’s internal meeting, or this could be the beginning of the end.