Watch: Soni Sori And Lingaram Kodopi On The Many Faces Of Bastar

Adivasi activists speak about the current situation in south Chhattisgarh 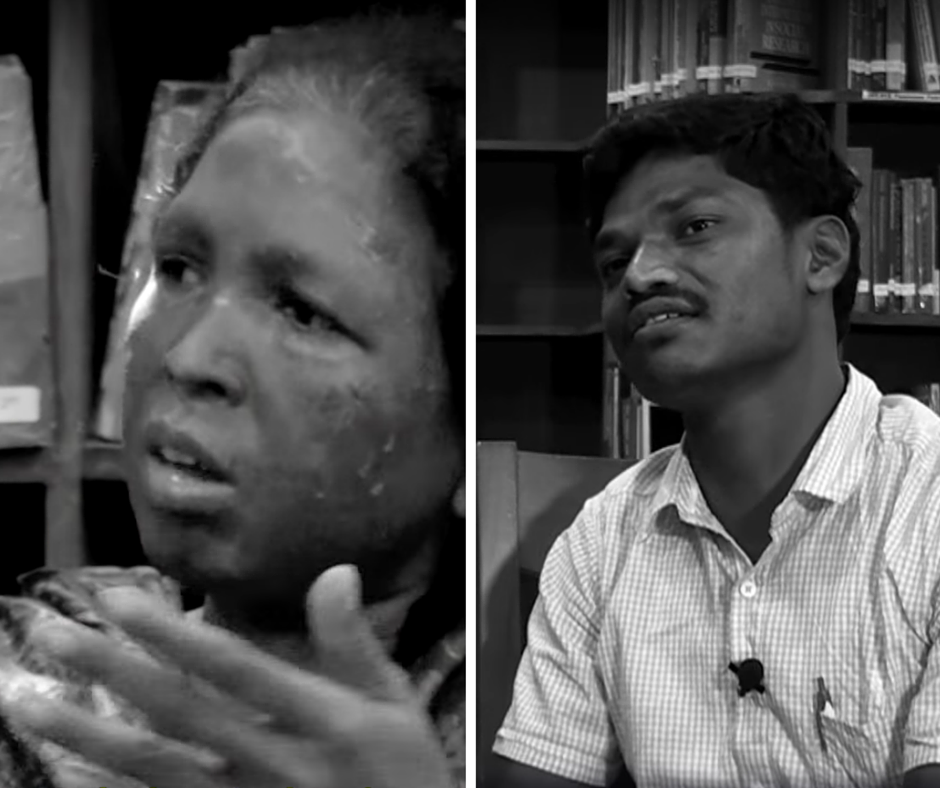 Chhattisgarh was created on November 1, 2000 by bifurcating Madhya Pradesh. Adivasis constitute 33% of the total population of the state. Traditionally ignored across the country, the Adivasi communities in Chhattisgarh have had exceptionally low access to basic facilities of health and education. Their economic status substantially lags behind other communities. Historically, social, economic and political control in the region rests with traders, contractors, shopkeepers, bureaucrats and others of non–Adivasi origin. Intended to protect tribal autonomy over land and natural resources, 7 out of the 18 districts of Chhattisgarh and other partial blocks were declared Schedule V Areas under the relevant constitutional provisions. The application of the Panchayat Extension to the Scheduled Areas (PESA) Act of 1996 was meant to further strengthen self-governance of Adivasi communities.

Nearly two decades after Chhattisgarh’s formation, these would-be safeguards have fallen by the wayside, facilitating the exposure of a mineral rich state to intense resource grab and land alienation of Adivasis. This lies at the crux of the socio-political turmoil engulfing the state today.

Chhattisgarh occupies 4% of the total area of India, while supplying 13% of its mineral production. About 44% of the state’s geographical area is forested, with rich reserves of iron ore, coal, limestone and bauxite, along with deposits of diamonds, gold, copper, lead and zinc. It is a state that has 16% of the coal deposits in the country.

Since the 1980s, the Maoist insurgency in India shifted base from Andhra Pradesh to south Chhattisgarh, where the Naxals still have a hold. The Schedule V areas of south Bastar overlap with what are called ‘Naxal or Maoist affected areas’. Counter insurgency operations by the state against the Maoists came to public attention in 2005 under the UPA government, when reports of the Salwa Judum, translated from Gondi as ‘purification hunt’, first started appearing. Eleven years later, Adivasis continue to bear the brunt of the state’s counter-insurgency strategy.

The state claimed that the Salwa Judum was a spontaneous movement of Adivasis to counter Naxal excesses.  However, government documents show that the Judum was initiated by the state as the ‘Jan Jagran Abhiyan’ whereby the police with the support of the local elite forced villagers to inform on Maoist members or sympathisers in their village. It essentially became a strategy to use civilians, either willingly or through force, to do the work of the security forces. As Salwa Judum took shape with the arming and training of unemployed Adivasi youth, minors and former Naxalites (also known as Special Police Officers [SPOs]); violence escalated. Reports of forced evacuation into camps, large-scale violence, destruction and burning of villages, sexual violence and the disappearance of thousands of Adivasis have been amply documented. These were committed both by security forces as well as private individuals affiliated with the Salwa Judum, all of whom seem to have had and still have impunity. The Campaign for Peace and Justice (CPJC) report quotes official figures stating that there were 47,238 villagers in 20 camps in 2007.

In 2009, the security forces started intensive operations under Operation Greenhunt while vigilante groups continued to function. It is estimated that in the interim years more than 1,00,000 people were displaced.

The use of force and violence by the security forces on Adivasi communities has continued despite the Supreme Court order banning Salwa Judum in 2011. In 2016, Chhattisgarh remains one of the most militarised states in the country, with an estimate of 58,772 paramilitary troops or a ratio of 1 paramilitary trooper for 40 civilians.

The  SPOs, explicitly banned by the Supreme Court, have been repositioned as the District Reserve Group (DRG). Trial air raids have taken place and plans for air attacks on Maoists are under discussion, though officially denied. Security forces stationed include the CRPF, the BSF, the DRG and the Gram Rakshak Dals (village defence committee composed of civilians, which will most likely be armed in the near future). Newspaper reports also indicate that the Central government has sanctioned the deployment of 5000 additional ITBP troops in 2015. Number of CRPF camps remain foggy.

In the last year, there seems to have been an intensification of violence taking place. From October 2015 to January 2016, three search and comb operations took place in Bijapur and Sukma districts where mass violence and sexual assault on Adivasi women by security forces were reported. More than 15 cases of rape and multiple cases of molestation have been reported, including of a pregnant woman and a minor girl. Village property, houses, cattle, grains were destroyed. An NHRC investigation on the case is ongoing and the National Commission for Scheduled Tribes indicated that ‘mass sexual assault is a reality’. A high number of fake encounters and false surrenders are being reported. For example, on January 14, 2016, six young people – three young men and three young girls – coming down from Pedda Jojer towards Reddy village (Ganglur Thana, Bijapur district) to buy provisions were shot by security forces. Then there is the case of Podiya Hemla from Nahadi Village, shot in front of his village. Similarly, the Anit Jha Judicial enquiry found that Meena Khalko, a young Adivasi woman killed by the security forces was not a Maoist. Aam Aadmi Party leader Soni Sori was attacked on February 20, 2016 with a chemical substance. Her attackers clearly indicated to her that she should stop working on the Mardum fake encounter case of Hidma. The list of harassment and violence is long and undocumented.

The last year has seen a steady rise in attacks on human rights defenders like the Jagdalpur Legal Aid Group and researcher Bela Bhatia, as well as journalists by vigilante groups working closely with the police. The state has a history of journalists being arrested on false charges or killed by the state or Maoists, a fact brought out by the recent fact finding by the Editor’s Guild of India. Santosh Yadav and Somaru Nag were arrested in 2015, while Malini Subrahmanium was hounded out of Bastar in early 2016. Since then two local journalists with Hindi newspapers have also been arrested and Alok Putul, a BBC Hindi Correspondent was hounded out.

What further exacerbates the seriousness of the situation is that vigilante groups, similar to the erstwhile Salwa Judum have emerged in the past year. The names (Samajik Ekta Manch, Naxal Peedit Sangharsh Samiti) may differ, but their functioning and leadership is the same.