For Mitra, defending the ideology of the secular Congress was as important as rebuilding the crumbling party or rather salvaging the bits and pieces of the party from the ruins to which it had been reduced over the years. 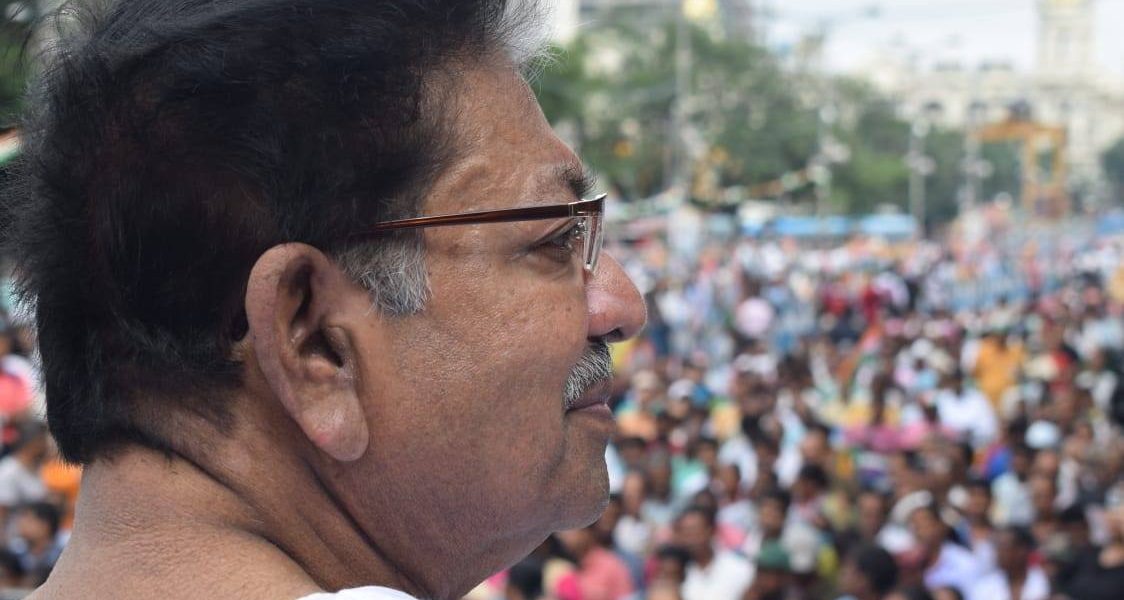 The passing away of Somen Mitra, president of the West Bengal Pradesh Congress, creates a vacuum, as much in the Congress as in the politics of the state. True as it is that nobody is indispensable, it is equally true that some individuals are difficult to replace, particularly in challenging circumstances.

Left Front chairman Biman Bose’s tribute to Mitra’s leadership, as a pivot in promoting the coordination and probable alliance of the Congress and the Left in West Bengal for the 2021 state elections, is an endorsement that reveals the Mitra’s importance at a moment of crisis for liberal-left-secular politics. The closing of ranks by historically bitter rivals against the Bharatiya Janata Party, which sees itself as the challenger to the ruling Trinamool Congress, is a measure of the crisis that the Congress and the Left face.

The crisis is not limited to the mere survival of the emerging combine. The crisis is a deeper and bigger confrontation; of defending the unrecorded agreement to keep out communal politics in post-independence, post-Partition West Bengal, by transforming the new state into a showpiece of the idea of a secular and diverse India, built on communal harmony and progressive politics. The coordinated programmes of the Congress, led by Mitra and the Left from 2019, against the burgeoning tide of Hindu revival and BJP’s growth has been the pushback that has complicated the simpler battle between the Trinamool Congress as the reigning champion and the BJP as the challenger.

Mitra was committed to blocking the BJP’s emergence as the alternative to the Trinamool Congress and its evaporating credibility as a party for change vis-a-vis the last years of the Communist Party of India (Marxist)-led Left Front in West Bengal, when abuse of power, corruption by opportunists who had captured the CPI(M) and thereby the government had soared. He reinvented the Congress’s political strategy because of his ideological aversion to communalism and the reality of West Bengal’s demographics.

He said during a long and rambling conversation in 2019, “Where will they go? Their (Bengali Muslims) forefathers lived here. They are sons of the soil.” It was to defend this core belief that Mitra recognised the need to forge connections with the Left, after the Lok Sabha elections in 2019, when the seat sharing arrangement fell through. The separations and partnerships between the Congress and the Left have gone through several phases. In 2016, the Congress and Left had fought the state assembly elections against the Trinamool Congress.

For Mitra, defending the ideology of the secular Congress was as important as rebuilding the crumbling party or rather salvaging the bits and pieces of the party from the ruins to which it had been reduced over the years. The Congress became weaker and weaker after 1977, when the CPI(M)-led Left Front won the elections and continued to win till it was rejected decisively by voters to a point that the then chief minister Buddhadev Bhattacharya lost from his Jadavpur stronghold and Mamata Banerjee won a spectacular victory.

As the Congress weakened after 1977 across India and its impact affected the political fortune of the party in West Bengal, the fissures within the organisation turned into a contest to capture what remained. Mitra evolved through this internal upheaval; from being a young warrior who was good at organising the ranks in the street wars that overtook West Bengal in the late 1960’s and 1970’s, he changed into a leader adept at managing an unruly party. There were three prominent young leaders, all of whom changed course – Priyaranjan Das Munshi, Subrata Mukherjee and Somen Mitra.

Each had separate loyalties to different leaders in the older generation. But, they had a bond that endured at a personal level. Mitra’s loyalties were to the man from Malda, A.B.A. Ghani Khan Choudhury. It was a loyalty that bound him to the family, after Choudhury’s passing. These loyalties produced tensions and rivalries between the three younger leaders. Mitra was not entirely comfortable with the strategy of Das Munshi when he was president of the state Congress.

Nor was he comfortable with the strategy and style of Mamata Banerjee as a Youth Congress leader. The bitter fight between them led to Banerjee quitting the Congress and setting up the Trinamool Congress. There were years when she spewed venom at Mitra and Mukherjee who had stayed on with the Congress, calling them “water melons,” as a vivid and comic description of their duplicity – red on the inside and green, outside.

The idea of a natural alliance between the Congress and the Left at any level was anathema to Banerjee. For her, the enmity was a line that could not be crossed, because any blurring of the line would squeeze the available political space for the other side. This mindset has remained. For five years, Mitra joined forces with Banerjee and was elected as a Lok Sabha member from Diamond Harbour, but he quit and returned to the Congress and became president of the state party soon after till he passed away.

“Mamata’s politics has created the conditions for the rise of the BJP,” he said. “There are choices that have to be made as circumstances change,” he explained. And Mitra’s choices changed. He worked to build a partnership with the CPI(M); it fell through in 2019 during the Lok Sabha elections. Undaunted, he worked to revive it and continued to work at it till the end.  For him, the BJP was the principal enemy; a party that would wreck West Bengal’s political culture of maintaining communal harmony and rejecting divisive, violent, majoritarian politics.

Also read: As Mukul Roy Distances From BJP Leadership, Is He Headed Back to the TMC?

As a challenger, the BJP is not as clued up on political history as it would like to believe. In the party’s state president, Dilip Ghosh’s condolence message, he emphasised that the violence between rival political forces was alien to the politics of Mitra. The error is enormous. Mitra consciously distanced himself from his past and remade himself as a leader who avoided deploying violence to win a territorial fight. There was a time when he could and did organise and lead the street battles that defined West Bengal’s politics in the turbulent 1970’s. He changed, because it failed to deliver the outcome that Mitra wanted, a revived Congress that could offer itself as an alternative to whichever party was ruling in West Bengal.

For his friend and comrade Subrata Mukherjee, the personal loss is irreplaceable. He also believes Mitra’s demise is an irreplaceable loss for the Congress. The present leaders of the Congress do not have the experience nor share the cool-headed capacity to make decisions, overtures, retreats and advances that made Mitra an inimitable leader. The outpouring of condolences and the space that Mitra’s demise occupied at the top of the front page on CPI(M)’s mouthpiece Ganashakti is indication of the contribution he made to rebuilding the collapsed partnership. The question is how will this partnership progress without Mitra, with just about ten months to go for the next government to take office in West Bengal? Who, in the Congress, will replace him? Will his successor have the personal and political skills needed to sustain the initiative of a Congress-Left partnership with the near insuperable difficulties of making adjustments over seats and selection of candidates?

The Congress could implode at some point in West Bengal, as it has leaders, but no one who is an undisputed successor to Mitra. There are factions and rivalries and the Congress is a weak institution, made weaker by the shenanigans in Rajasthan.