Some Called it Independence; Others Partition

Of course nationalism is a good – yet it has also created zones of dangers for ethnic minorities, for people who it is held do not belong, and for the vulnerable. 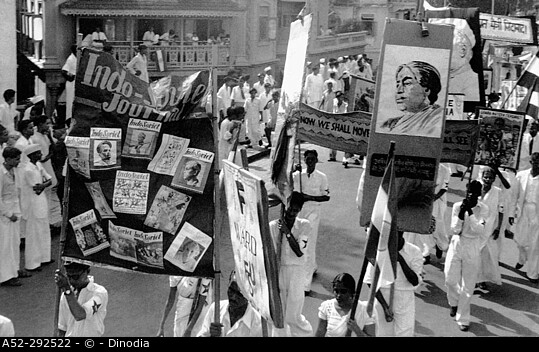 The hype around nationalism is at an all-time high these day. Leaders tell us that our homes must flourish the national flag in the days that precede and follow August 15, and some suggest that we should wave it at a particular time on the anniversary of our independence.

In an ideal democratic society governments would not dream of telling citizens how to behave in general, and what to do on ceremonial occasions in particular. Democratic governments do not regulate lives of citizens. Their task is to provide the preconditions of a life worth living – civil liberties, education, employment, health, income generating schemes, housing and leisure. People should be left free to make their lives worthwhile. If they have the maturity and the competence to choose ‘this’ or ‘that’ political party to form a government, surely they can be trusted to be appropriately patriotic on the 75th anniversary of our independence. We love our nation, but we might be deeply sceptical of any ordered and regimented celebration of independence. There are good reasons for this scepticism.

The demands of nationalism, and particularly hyper-nationalism, are not always congruent with the rights of citizens in a democracy. Recollect our history. Today, August 15, 2022, is the 75th anniversary of our independence. But it is also the day when India was partitioned into two states. The day evokes memories of the Partition, which carried terrible consequences in the form of mass rapes, massacres, death and destruction on both sides of newly drawn borders. As the midnight hour of August 14-15, 1947 approached, members of the new ministry headed by Jawaharlal Nehru came together in the hall of the Constituent Assembly. The moment was politically significant and wildly euphoric. It could not be otherwise; India was finally free! Hundreds of people began to assemble in the streets outside. The atmosphere in Delhi was however underlined with sadness. Thousands of refugees had poured into the city and were living in camps or camping on the roads.

Still as the time of independence came nearer, crowds began to cheer Nehru and Gandhi. Gandhi was not in Delhi at the time of independence, and he did not take part in the celebrations. He was in Calcutta, fighting bravely in his own way for the restoration of sanity. He continued to pray and appeal for harmony between Hindus and Muslims. Aware that the country was celebrating independence, for Gandhi the night of 14 and the dawn of 15 August represented Partition, which he had struggled against all his life. It symbolised the high point of manufactured religious conflict between two communities on the basis of the pernicious two-nation theory.

Also read: Building From Nothing: The Agony, Penury and Politics of Bengal’s Refugees

Other sensitive souls shared his agony. The great Urdu poet of the 20th century, Faiz Ahmad Faiz wrote in torment on the pain of Partition violence: Yeh woh seher to nahin, jis ki aarzoo lekar/Chale the yaar ki mil jaayegi kahin na kahin/ Falak ke dasht mein taaron ki aakhri manzil/Kahin to hoga shabe-sust mauj ka saahil/Kahin to jaa ke rukegaa safinaa-e-gham-e-dil. There are corners of the human psyche that no one but a poet can enter. No one but Faiz could write of a smeared dawn still submerged in the darkness of the night. We, he mourned, had thought that somewhere we would find the end of our journey, the shore where we could rest our grief-stricken hearts. This is not that dawn. The poem still touches our hearts 75 years later.

In Delhi, in the Constituent Assembly, Jawaharlal Nehru spoke just before midnight. The famous ‘tryst with destiny’ speech delivered in his usual elegant style and beautiful language has come to be known as one of the most famous speeches in the world. His words exuded a sense of excitement and hope as he welcomed independence for which generations had aspired and fought for. On the other side of celebrations, in the dark underbelly of independence, was brutal violence that had erupted even before the tricolour replaced the flag of the Empire. 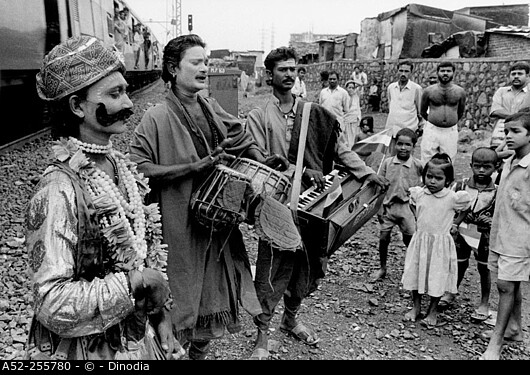 Indians became free of colonial rule and on January 26, 1950 they became citizens of a democratic polity. But the clouds of a religious nationalism that had partitioned hearts, minds, as well as territory, did not dissipate so easily. Nehruvian policies contained communalism. After his death, within a few years, communalism – the rabid form of religious nationalism – erupted onto the stage of Indian politics. We should have learnt a lesson from the Partition. Like all good things, nationalism should be dished out in moderate doses. Too much nationalism can subvert the basic principles of democracy: individual rights, freedom, equality and justice. It can lead to communalism, to ethnic war, to racism, to everyday discrimination and to tragedy. We see this in the world around us. Democracy is compatible with civic nationalism, not with its ethnic cousin.

Of course nationalism is a good. It gives to us a feeling of belonging to a community that pays obeisance to the national flag, that respects the national anthem, that thinks of fellow citizens as members of a community bound by ties of constitutionalism and territoriality, and that creates a collective which anchors our identities. No society can live only in the domain of law. Law is a cold, hard place. Societies can be brought together only on the basis of emotions of belonging, by sentiments of solidarity, and by recognition of others as members of the same national community.

Yet nationalism has also created zones of dangers for ethnic minorities, for people who it is held do not belong, and for the vulnerable. The problem erupts when nationalism is tied (a) to a project of a state of one’s own which has no room for anyone else, and (b) as a legitimacy generating ideology that is self-explanatory and self-justificatory. Nationalism can be progressive as it was in the period of colonialism. But nationalism can also be manipulative, exploitative and exclusionary. It depends which genre of nationalism we speak of.

Also read: Independent India in 75 Years Has Not Fulfilled All Expectations of the Dalitbahujan

In the 1990s when ethno-cultural nationalism again raised its ugly head in Eastern Europe; ethnic cleansing and genocide in the former Yugoslavia and Bosnia among other countries, Michael Ignatieff in his 1994 Blood and Belonging reiterated that civic nations are based on belonging; ethnic nationalism on blood.

Perhaps this binary distinction is overstated. Take India. In 1933, Jawaharlal Nehru wrote a piece in the Bombay Chronicle. “Whither India? Surely to the great human goals of social and economic equality, to the ending of all exploitation of nation by nation, and class by class, to national freedom within the framework of an international cooperative socialist world federation.” Other leaders focused their dreams around their own religious community, and conceived of their nation as nothing more than the political expression of their ethnic identity. Beneath and around dreams of civic-ness, ethnic nationalism gnawed at democratic imaginations.

Civic as well as ethnic-cultural nationalism developed in resistance to British colonialism, in the same territory and at roughly the same time. Some strands focused on citizenship and rights, another version concentrated on birth and shared history and traditions, cultural belonging and religious affiliation. The Partition established the victory of ethnic over civic nationalism.

Independence gave us democracy, Partition, the outcome of religious nationalism, left a trail of blood-soaked communal violence. The founding moment of independent India was embedded in terrible violence. Violence was handed down as the patrimony of this great Republic. The pain of Partition is renewed periodically by cynical political entrepreneurs to whip up immoderate passions, sometimes against our neighbour, sometimes against our own people.

This is what ethnic nationalism does to people. It turns them into victims but also executioners, the tortured as well as the torturer, the persecuted as well the persecutor. During prolonged phases of mindless violence, it becomes difficult to distinguish between perpetrators of violence and those who are annihilated by extreme forms of cruelty. Nationalism subverts relentlessly the democratic process which rests on equal rights and on justice, and which prohibits discrimination based on factors we cannot control, such as birth into a particular community. Democracy slowly but surely yields ground to the politics of religion, and the politics of power seeking. In the process, religion has been vulgarised because it has been reduced to mere strategy to win elections and forge constituencies. The politicisation of religion curtails imaginations, truncates solidarities and impoverishes politics.

The case is not confined to India. In France, where self-determination has been strongly associated with civic rights and popular sovereignty, the concept of the ‘people’ was to, in a few decades, slide into a modified cultural version of the nation. The original, revolutionary-popular idea of patriotism, writes Eric Hobsbawm in his 1990 Nations and Nationalism Since 1780: Programme, Myth, Reality, was state-based rather than nationalist. Yet in a short span of time, notes Hobsbawm, democratic revolutions produced a populist consciousness, which was hard to distinguish from a national and even a chauvinistic patriotism.

Populations in France, the US and the UK have proved to be nationalist, racist and exclusionary when it comes to immigrants. This prejudice is but a surface manifestation of a deeper belief that some people belong to the nation; others do not, even if they were born there. All nationalisms show a frightening tendency to slide into chauvinism when it comes to people who, it is held, are outsiders. We should be wary of the impact of regulated ethnic nationalism. For the yoking together of excessive nationalism and state power results in closed-in, suffocated and intolerant personalities. The democratic dream recedes under the impact of hyper-nationalism. We as a people and as human beings are diminished.