The party intends to increase the quota for SC/ST/OBC/minorities to 50% in all its committees from its current provision of 20% reservation for unprivileged groups. 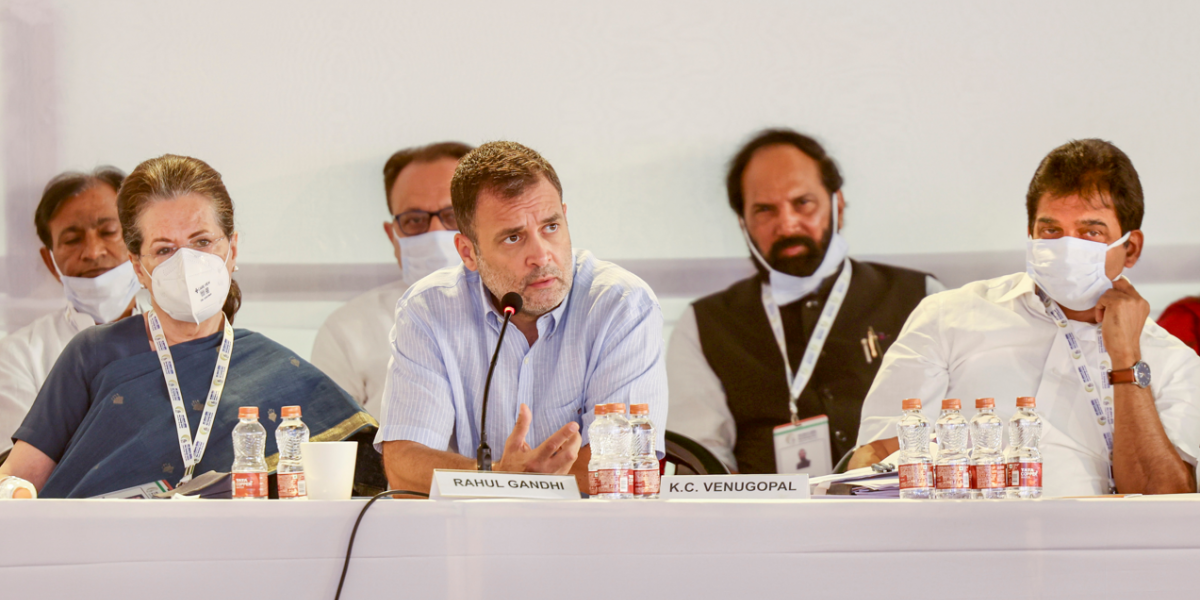 Udaipur: In what is clearly an acknowledgment of the success that the Bharatiya Janata Party (BJP) has achieved through its multi-layered outreach programme among the unrepresented and under-represented sections within the Other Backward Classes (OBCs) and Scheduled Castes (SC), the Congress on Saturday, May 14 decided to reserve positions for “sub-castes” within these groups in all its party committees.

Among the six panels that the Congress has created in the Chintan Shivir, the social justice and empowerment (SJ&E) panel plans to recommend to the Congress Working Committee (CWC) that reservation for SC/ST/OBC/minorities be increased to 50% in all its committees from its current provision of having 20% reservation for unprivileged groups.

“Politics has undergone significant changes. It is time we implement the new reservation to accommodate and represent various groups in our party at every level,” said convenor of the SJ&E panel Salman Khurshid.

Explaining how the reservation system will work, he said that the panel made a proposal to constitute a social justice advisory council to collect population-wide data from across India and give 50% reservation in the short term to these groups.

“The reservation system is proposed to be implemented right from the booth level. The task cut out for us is to first identify groups which are unrepresented and underrepresented and then represent them within the party bodies,” said Congress’s national coordinator for SC/ST/OBC/Minorities department K.Raju.

Raju, who is also a part of the SJ&E panel, said that over the last two days the panel has discussed organisational reforms and policy initiatives that the Congress can take up as part of its political agenda.

One of the most important organisational reform that the party has decided to implement is to have one unified department for SC/ST/OBC/minorities instead of four separate departments that exist currently.

In another significant recommendation, the panel also decided to push for women’s reservation in both the parliament and state assemblies, and have a “quota within quota” to accommodate all caste and religious groups among women.

As part of its policy initiative, the panel also recommended that the women’s reservation Bill that ensures 33% position in legislature for women should be implemented. At the same time, it has recommended reservation in the private sector.

Additionally, Congress came out in wholehearted support for a caste-based census among OBCs that has been stalled by the Modi government. “The UPA government had already done a socio-economic census among OBCs. So we had always been open to the idea. Having a caste census will not be a problem for us,” Raju said. This will help parties in power to eventually formulate a policy for reservation of OBCs in assemblies and parliament, he said, indicating that the grand-old party’s primary concern is wooing the OBCs who have moved in a large majority towards the BJP.

He also said that the SC/ST sub-plan introduced by Indira Gandhi that mandates a separate budget for these groups in all departments should be enacted by a central legislation. SC/ST sub plan or the special component plan is the most-violated rule in all states, irrespective of the parties in power.

He said that special meetings to explore possibilities of greater representation and chalk out a community outreach programme among marginalised communities will be held at all levels, especially in Pradesh Congress Committees and District Congress Committees.

Kumari Shelja, also a part of the panel, said that all these recommendations were decided after discussions with every front of the party like its student’s wing, the National Students Union of India (NSUI), and Mahila Congress.

She said that much of these recommendations were reached by being “self-critical”, as party leader Rahul Gandhi had hoped would happen in the Chintan Shivir.