For Smart Cities to Succeed, Strengthening Local Governance Is a Must

The lack of effective devolution of power to local governments is a major bottleneck in the essential transformation of urban India. 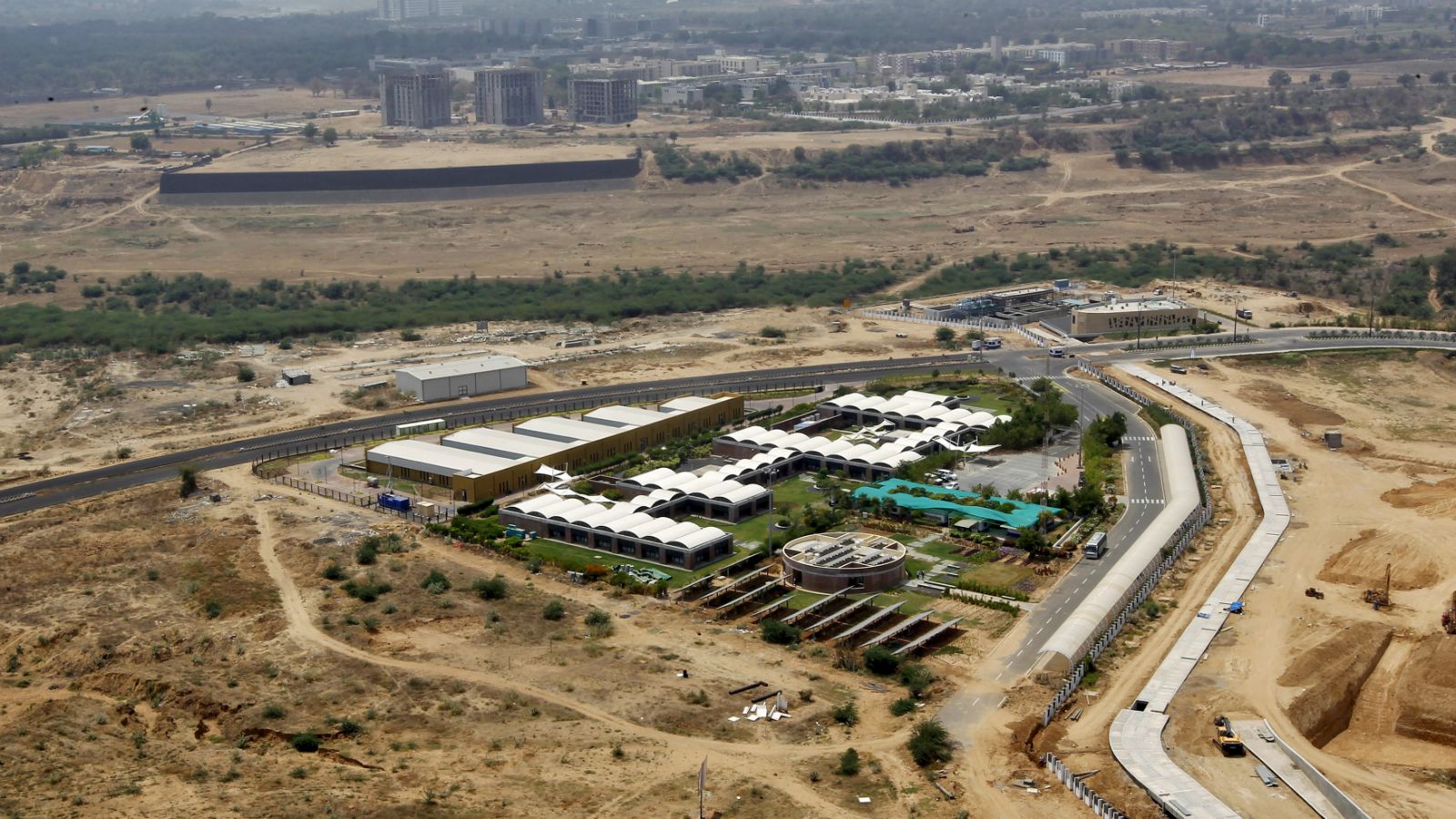 A labourer pulls a cable in front of two office buildings in Gujarat International Finance Tec-City (GIFT) at Gandhinagar, in the western Indian state of Gujarat, April 10, 2015. Credit:Reuters/Amit Dave

India is in the midst of an ‘urban revolution,’ but the current state of municipal services across the country is found wanting. According to Census 2011, 31.16% of the Indian population (377 million people) lives in urban areas. In 2007, the urban development ministry gave 28 benchmark indicators to assess a city’s service delivery mechanisms related to water supply, sewerage, solid waste management and storm water drainage. By 2012, we knew that on average, the service delivery capacity of urban local bodies (ULBs) was dismal.

This poor performance by the ULBs raises the need for a critical reality check. Either the benchmark expectation was not rational or the existing structure of these ULBs is not institutionally capable to meet the ministry’s prescribed standards.

The government undoubtedly believes it to be the latter and as a remedy, the ministry proposes to implement the Smart Cities project through special purpose vehicles (SPVs). Although, the Smart City proposals have broadly laid out the institutional design and legal framework of the SPVs, it falls short of explaining how the key bottlenecks surrounding the existing service delivery mechanism will be resolved by the creation of this new agency.

It is well-accepted that ULBs in India are primarily constrained by financial capacity and human resource capability. The SPV model envisions to resolve these constraints simply by carving out a distinct corporate entity that will function within the existing complex regulatory environment, most likely under the leadership of the existing bureaucracy.

Ideally, SPVs are expected to be financially viable and administratively efficient. This entails many of the functions, which are currently under the control of the ULBs, to be transferred either partially or completely to the SPVs. Given the long term nature of city planning, it is important to deliberate the efficacy of such a corporate entity over the existing statutory body (municipal corporations) to more efficiently deliver civic services in the long run. It is, however, hard to comprehend how such a corporate entity within the existing governance structure will develop the required technical and managerial capabilities to effectively bring forth the expected urban transformation.

The role of ULBs is undeniably of vital importance for the effective governance of our cities. In 1992, the 74th Constitutional Amendment Act gave constitutional status to municipalities along with delegating 18 functions to the ULBs via the Twelfth Schedule. The functions include urban planning, regulation of land use, planning for economic and social development, ensuring water supply, public health and urban poverty alleviation among others.

Now, 24 years later, it is important to assess the implementation of this historic structural shift in the governance of our cities. In the table below, we assess the legislative devolution of the Twelfth Schedule functions to the ULBs via amendments to their respective municipal Acts across all the states and union territories.

Data highlights that only 12 states have completely devolved all the functions to their respective ULBs. It is important to bear in mind that these legislative amendments are carried out at the state and not the city level. We have, therefore, looked at the performance of states corresponding to the 20 smart cities selected for the first round of the transformational scheme.

As the data shows, the north eastern states, expect for Assam and Tripura, have performed poorly. These two states have in fact performed better than the national average. What is reassuring, and not entirely surprising, is the fact that the average legislative devolution for the selected states has been approximately 97%, which is significantly above the national average of 82%.

Among these 12 selected states, seven states have completely transferred all the functions, while other 4 have transferred 17 functions. Assam, being the last, has transferred 16 functions. This points to a fact that the 20 cities selected for the first round of funding under the Smart Cities scheme have enjoyed far greater local autonomy on average.

Most often, legislative devolution of functions does not culminate into actual transfer of power since there are serious gaps in implementation. The lack of publicly available data on implementation and information (despite availing RTI), makes objective assessment of the implementation status across cities extremely difficult.

Even though the current status of actual transfer of function across all the ULBs is not clearly known, yet it is understood that even for states that have complied with the provisions of the 74th Constitutional Amendment Act in good spirit, the transfer of functions remains partial. Across a majority of states, the transfer of urban planning, including town planning, is a most severely restricted function. This phenomenon of restricting the effective devolution of power to local government seems like the major bottleneck in the essential transformation of our urban space.

The ministry’s service level benchmark data handbook for 2012 clearly correlates greater local autonomy with improved public service delivery. The correlation is established not only for the ULBs for states that have devolved greater autonomy, but also for different types of ULBs like municipal corporation and municipal boards within the state.

It is critical to acknowledge that technology is an important but limited aspect of any smart city. Technological upgradation has to be complemented by indispensable fundamental governance reforms at the city level. Greater local autonomy of our cities is the most crucial aspect of these governance reforms.

To realise the promise of making Indian cities smart, state governments must ensure the effective transfer of essential services to local governments and minimise inter-jurisdictional conflicts among the implementing agencies.

In this regard, there is a dire need for more clarity on the status of SPVs vis-à-vis the newly empowered ULBs within our cities. There is also an urgent need for the ULBs to be restructured such that the mayor’s office – which represents the local citizen’s preferences – is at the helm of it. This is consistent with the fundamental objective of the 74th Constitutional Amendment Act.