In an open letter, the 'Rang De Basanti' star said even though he may disagree with Nehwal's views, his tone of the tweet cannot be justified. 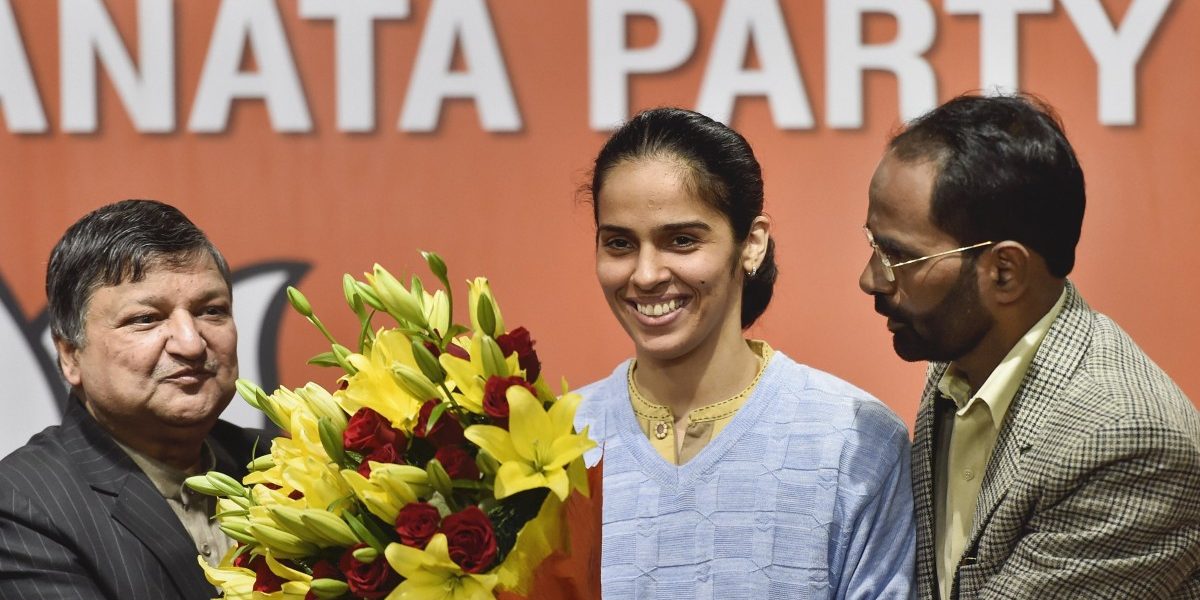 Saina Nehwal joins the BJP at the party headquarters on Wednesday. Photo: PTI

Mumbai: Actor Siddharth has issued an apology to Saina Nehwal over his “inappropriate” tweet against the badminton player and said he never intended to attack her as a woman with his “joke”.

On Monday, the actor received widespread backlash on Twitter for his reply to the Olympic bronze medallist’s tweet on the alleged lapse in the security of Prime Minister Narendra Modi during his Punjab visit.

In an open letter published on Twitter late Tuesday evening, the Rang De Basanti star said even though he may disagree with Nehwal’s views, his tone of the tweet cannot be justified.

“Dear Saina, I want to apologise to you for my rude joke that I wrote as a response to a tweet of yours, a few days ago. I may disagree with you on many things but even my disappointment or anger when I read your tweet, cannot justify my tone and words. I know I have more grace in me than that.

“As for the joke… If a joke needs to be explained, then it wasn’t a very good joke to begin with. Sorry about a joke that didn’t land,” he said.

The 42-year-old actor wrote he is a “staunch feminist” and would never say anything to a woman with a “malicious intent”.

Siddharth hoped that the badminton star would accept his apology.

“I, however, must insist my word play and humour had none of the malicious intent that so many people from all quarters have attributed to it. I am a staunch feminist ally and I assure you there was no gender implied in my tweet and certainly no intent to attack you as a woman.

“I hope we can put this behind us and that you will accept my letter. You will always be my Champion. Honestly, Siddharth,” he added.

Earlier, Nehwal had said she was not sure what the actor meant by his comment but expressed her displeasure over his tweet.

“I used to like him as an actor but this was not nice. He can express himself with better words but I guess it’s Twitter and you remain noticed with such words and comments. If the security of the PM of India is an issue then I’m not sure what is secure in the country,” she had said.

The National Commission for Women (NCW) had asked Twitter India to immediately block the actor’s account as it claimed the comment was misogynistic, outraged the modesty of a woman, amounted to disrespect and insulted the dignity of women.

NCW chairperson Rekha Sharma had also written to the Maharashtra DGP to investigate the matter and register an FIR against Siddharth.