Jyotiraditya Scindia already finds himself in a quandary, as he is no longer the only lion in Gwalior.

Bhopal: After two days of uncertainty from the central high command, the Madhya Pradesh unit of the BJP finally got the nod to choose Shivraj Singh Chouhan as chief minister for the fourth time. He was hurriedly sworn in at 9 pm at the Raj Bhawan by governor Lalji Tandon.

The threat of the coronavirus has so far proven to be a bane for ousted CM Kamal Nath but has been a boon for Chouhan. If the Supreme Court had not intervened, Congress’s Kamal Nath may have survived to oversee the coronavirus emergency in the state as CM. But many believe that the Centre’s deliberate extension of parliament, despite the obvious scare, was to just to dislodge the Congress government in Madhya Pradesh.

The BJP, though, may have lost the chance to shake things up in Madhya Pradesh. Chouhan was rejected by the electorate barely 15 months ago, despite a high octane campaign. His return to power mirrors that of the BJP’s Karnataka strongman B.S. Yediyurappa, on the back of similar machinations and allegations of bribing rival legislators. But the BJP in Karnataka was at least the single largest party, unlike in MP. In the Central Indian state, the BJP had 108 seats to the Congress’s 114. And even though the Congress fell short of a majority, he was supported by independent MLAs.

Even as Chouhan begins to deal with the threat of coronavirus, which tilted the balance in his favour and against Narendra Singh Tomar. The former was deigned to be the more experienced administrator. But Chouhan will have to be careful about Jyotiraditya Scindia and his 22 MLAs, whose arrival made it possible for the BJP to seize power. It appears eight of them have been promised ministerial jobs and they will be itching to get into the saddle. Chouhan has already sent a clear message to Scindia that he will have to lower his expectations. He did not mention Scindia even once during his acceptance speech at the BJP legislative party meeting, swearing-in ceremony or the press statement. This cannot just be oversight. It was only after a sheepish Scindia tweeted a picture of them that Chouhan thanked him and the 22 MLAs, assuring them that the “promises made to them will be kept”.

How he will keep the promises remains to be seen. The six Congress MLAs who were ministers in the Kamal Nath cabinet, and two others, will have to be accommodated at the cost of BJP’s senior leaders. They will also have to be given party tickets and Shivraj will have to ensure their victory because he needs at least 11 new MLA out of the 25 seats that will go to mid-term polls within the next six months.

As for Scindia, he will soon realise he is not the only lion in the Gwalior region, as he was in the Congress. BJP leaders Tomar and Narottam Mishra will keep him on his toes. They have seen and fought against him and his father Madhavrao Scindia, and now they have the upper hand within the party. Scindia may become a Union minister, but he will be junior to Tomar. Then, there is his aunt Yashodhara in the neighbouring Morena region to deal with. Even K.P. Yadav, Scindia’s former close aide who beat him in the Guna Lok Sabha constituency, will also not back down.

With Scindia’s defection, Digvijaya Singh and his family members will now be free to claim the entire Gwalior feudal region as their own within the grand old party. With the support of his irrepressible brother Laxman Singh of Chachauda, son Jaivardhan of Raghogarh and nephew Priyavrat of Khilchipur – all of whom are Congress MLAs – Digvijaya’s clan will now be the dominant one in the former princely state. 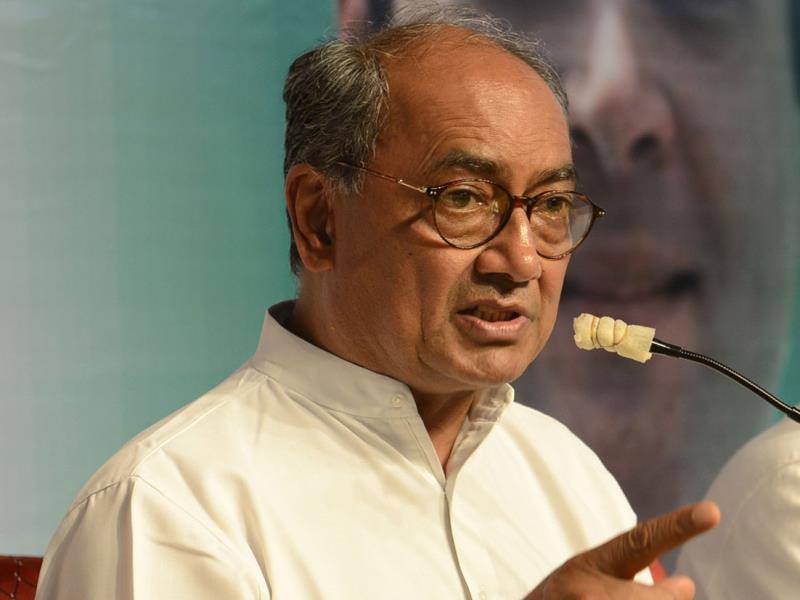 Digvijaya, who once reported to Madhavrao and reportedly continued to call Jyotiraditya ‘Maharaj’, may have manoeuvred the scion out of his ‘kingdom’ to create one for his own family. All the sundry Thakurs and smaller clan heads from the region—Gobind Singh, K.P. Singh, Brajendra Singh, Ramniwas Rawat—owe allegiance to Digvijaya rather than Scindia, who will feel the pinch when byelections are announced.

Whatever quibbles Scindia may claim to have against Kamal Nath, there is no disputing that the former was given full control over who will be the district collectors and superintendents of police across Gwalior, Guna, Shivpuri, Morena and Bhind. Safe in the comfort of the Congress government, he had begun fencing properties that he claimed. The BJP was, in fact, leading a campaign against him and had labelled him “bhu mafia”. Now, Scindia will not have the same control and leaders like Tomar, Mishra and Prabhat Jha will stand in his way. The leaders of the BJP, which is known to be a close-knit party, will conspire against Scindia in a way much worse than Digvijaya could within the Congress.

What of Kamal Nath?

In all likelihood, Kamal Nath will become the leader of opposition and remain as the president of the Madhya Pradesh PCC. The Congress will, just like the BJP, lose the opportunity to infuse new blood into the party. Kamal Nath is an old-timer who, many like PCC spokesperson Mukesh Nayak believe, has been done in by Digvijaya’s agenda. That may or may not be true, as both these leaders go back a long way and Digvijaya is unlikely to topple a government simply to satisfy his ego or agenda.

The fact is that both are old-timers who have lost to a more cunning and modern combination on the other side. They did not act when time was on their side and fell for their own tricks of co-opting the opposition – both within and outside – with small morsels while taking big bites themselves. That time is now past. Kamal Nath should have realised the immediate need to increase his numbers, like his contemporary in Rajasthan, Ashok Gehlot. He should have inducted all the SP, BSP and independent MLAs into the Congress fold, which would have made life more difficult for the BJP and Scindia. There were eight vacant seats in the cabinet which could have been filled with these MLAs.

He could have also appointed loyal Congress leaders to boards and corporations as a reward, considering they were without power for 15 years. He only did this hurriedly on March 16, when he knew the curtains were coming down on his government.

Digvijaya Singh’s own “Thakurwad” (feudalism) led to his son and nephew becoming cabinet ministers. Thakurs took up nine spots in a cabinet of 27 people. Thakurs are a mere 1.5% in the state and this led to severe dissatisfaction among the tribal communities, which constitute almost 20% of the population and had to be satisfied with just three ministers. Singh also ensured that his entourage during his reign as CM in the 90s was back in the saddle in every district. This led to the dissatisfaction of younger leaders who had done the bulk of work in the 15 years of the BJP’s rule. This had led to a senior Congress leader telling this correspondent that though Digvijaya Singh had played a huge role in bringing the Congress back to power, “He will also take it out.”

Most importantly, Kamal Nath, in the glow of power, forgot that the Congress did not come to power on the back of popularity but because people were extremely cut up with Chouhan and his government’s implication in the Vyapam, e-tender and medical admission scams. Hundreds had died and thousands had been jailed, just for taking admission in medical colleges through a system which had been diluted and impregnated with corruption, allegedly by Chouhan and his team. The anger was against the BJP, and the only option was to bring back Congress, however reluctantly. Kamal Nath not only failed to launch investigations into the scams, but he did not mention them, leading the people to believe there was a ‘deal’ with Chouhan. The latter, who should have been under a cloud of investigations, has seized the top post.

If there is one lesson for the Congress high command from this affair, it is to rid itself of old-timers and tricksters and build anew. But old-timers are sitting at the top as well, and radical changes are unlikely.