Supporters say though party loyalists have quit before, the attempt to topple the Thackeray family is "unfathomable". 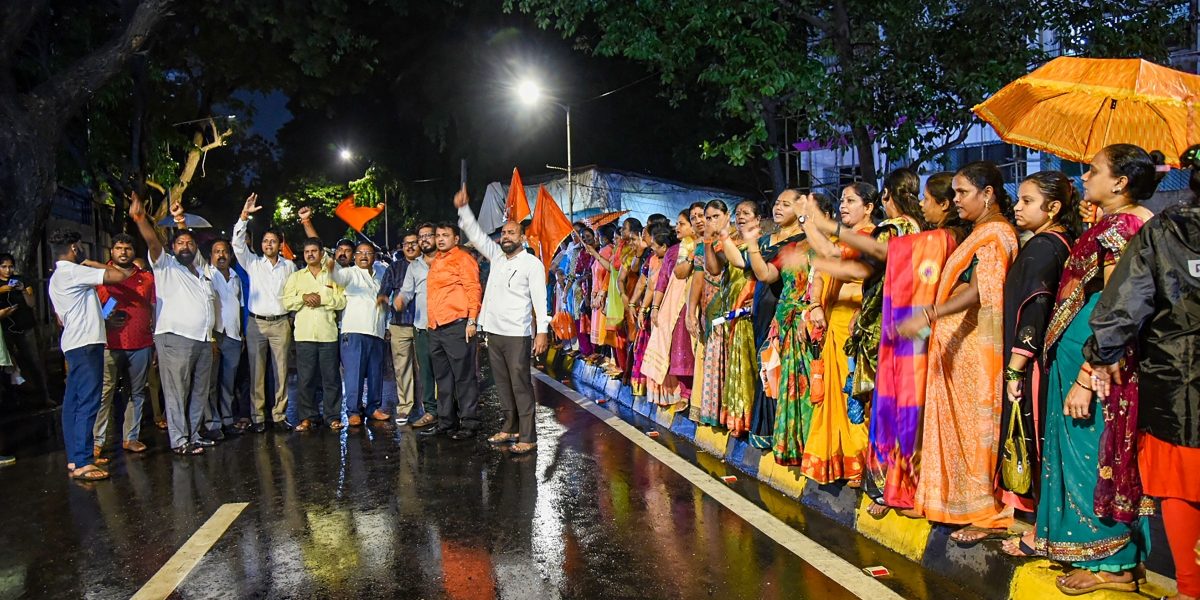 Mumbai: Shiv Sainiks are not strangers to internal party conflicts. The exits of several party loyalists – from Chhagan Bhujbal to Raj Thackeray – in the past had shaken the roots of the party. This time, however, it is different, many party workers say. “This time, it is not just about breaking the party but also about toppling the Thackeray family. Which is unfathomable,” says Girish Jagtap, an old party supporter from Girgaon, who gathered outside ‘Matoshree’ – Thackeray’s private residence – late at night on June 22.

Shiv Sainiks from different parts of Mumbai assembled outside the Thackeray family residence. Similar organic gatherings sprung up in different parts of the city, especially where the party has a strong presence. But in politically vital Thane and Palghar districts, several banners were hoisted in support of the rebel party leader and cabinet minister Eknath Shinde. Shinde, a four-time MLA from Thane city, enjoys a mass following in these two districts, where the Sena has long held fort. 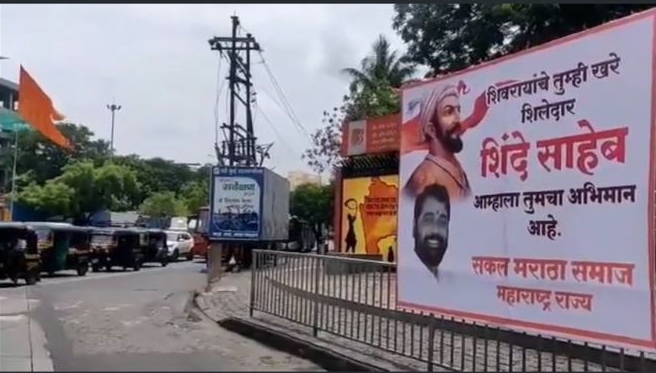 Several banners supporting Eknath Shinde have cropped up in Thane and Palghar district. Photo: By arrangement

After Shinde launched a rebellion against the current Maha Vikas Aghadi (MVA) coalition government in Maharashtra, Sena chief and state chief minister Uddhav Thackeray is facing an imminent fall. Starting from as few as 12 MLAs, by the end of the second day, Shinde claimed to have the support of over 40 party and independent MLAs. In a clear show of strength, Shinde’s followers released a video of him along with 42 rebel MLAs, all camping in a hotel in Guwahati.

On June 22, two days after Shinde moved out of Mumbai – first to Surat and later to Guwahati – Thackeray offered to quit as both the party chief and chief minister. “I am willing to quit if my MLAs come and tell me that I am not efficient and worthy of holding the posts,” an emotional Thackeray said, in a live-streamed video. Hours before that, Shinde had told the media that he was a “real Shiv Sainik” and a believer of founder Bal Thackeray’s principle of Hindutva. And in another statement, released on social media, Shinde said he and his supporting MLAs were not willing to budge until Thackeray breaks ties with the NCP and the Congress party, the Sena’s coalition partners in the MVA government. 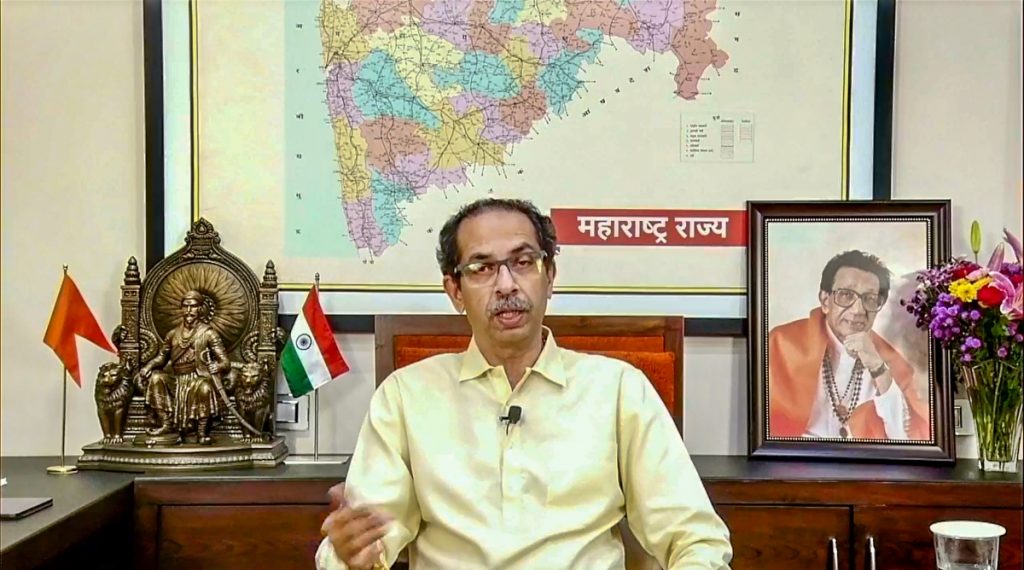 Some party supporters, however, say Shinde is “delusional” for thinking he can be called a “Shiv Sainik” after “betraying” the party head (Uddhav). “Shinde schemed against the party head, abducted and lured MLAs to travel thousands of kilometres away with him and then continues to call himself a ‘true blood’ Shiv Sainik. It is a farce,” said 80-year-old Datta Patil, a party supporter from Sewri. Patil says he has been with the party right from its inception in the mid-60s.

Shinde, in a letter to Thackeray, has complained that in the past two and half years as a chief minister of the state, Thackeray was never accessible to the party MLAs or workers. “I am happy to see such a huge crowd gather outside Varsha (the CM’s official bungalow),” he wrote in the letter. He further wrote that MLAs like him who have consistently managed to garner several lakh votes in elections were never allowed to see the CM. “We suffered this indignity for a long time. But you (the CM) made no efforts to understand concerns,” he writes.

While Shinde claims that every Sainik feels dejected because of Thackeray’s behaviour, Ajay Choudhari, a Sena MLA who was appointed the Legislature Party leader by Thackeray, claimed that those left behind (22 out of the total 55) are still loyal to the chief minister. Talking to the media in Mumbai, Choudhari said, “We have the support of 22 MLAs and 19 of them attended the meeting with the CM. We will all stay at St Regis hotel on Wednesday night and on Thursday, everyone will be allowed to go home.” Over 500 Shiv Sainiks, he claimed, were “guarding” the hotel.

A senior party leader, who is now in support of Shinde, claims that those left behind are ‘slowly losing hope’. “Shinde has taken away 75% of the party strength (MLAs). With their support, he is making it clear that his demand is legitimate and that Thackeray has failed Sainiks,” the leader said.