Yadav has been infamous for making lewd and sexist comments in the past too. 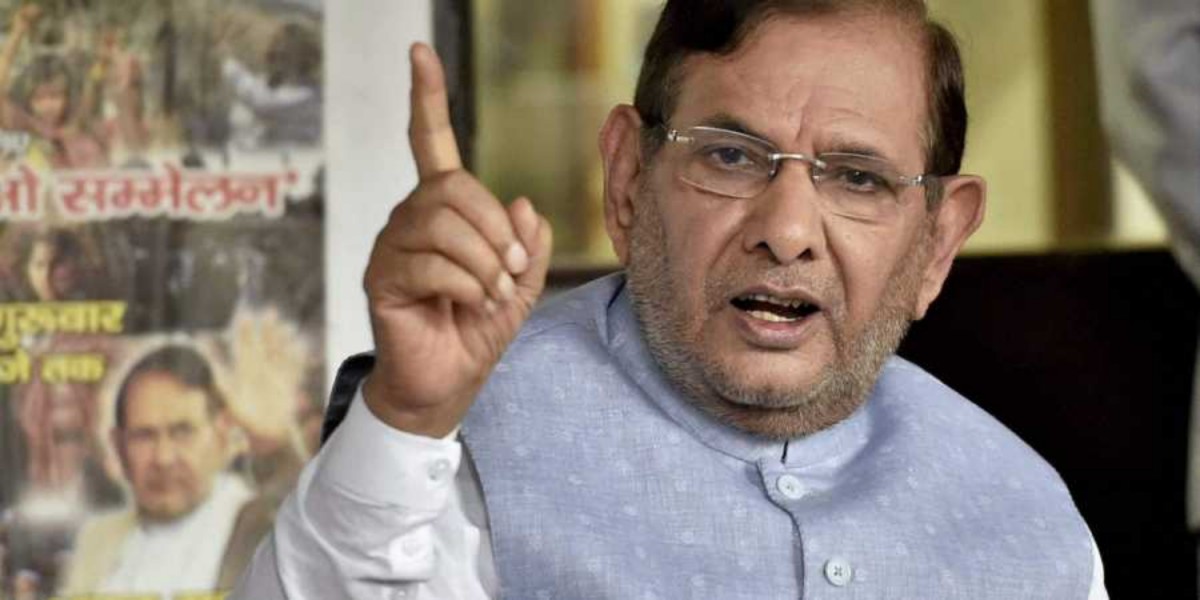 At an election rally in Rajasthan on Friday, the Bihar politician, who has acquired an infamous reputation for sexism, said, “Vasundhara ko aaram do, bahut thak gayi hain, bahut moti ho gayi hain, pehle patli thi. Humare Madhya Pradesh ki beti hai. (Give Vasundhara some rest, she is very tired, she has become very fat, she used to be thin earlier. She is the daughter of Madhya Pradesh).”

Yadav was campaigning for his party, the Loktantrik Janata Dal.

After casting her vote for on Friday, Raje said she felt insulted by his comments on her weight and that he has insulted all women. She urged the Election Commission to act against Yadav in order to set an example. “Is this the sort of example he wants to set for youngsters? Congress and its allies should be restrained in their language,” the chief minister said. The BJP too has filed a complaint with the Election Commission against Yadav for his comments in Alwar.

Yadav tried defending his actions today by claiming that he had meant the comment to be a “joke”. He pointed towards his long association with Raje. Stating that he had no intention of hurting her feelings and that the comments were not meant to be derogatory in any way, Yadav admitted he has previously told Raje she’s gaining weight.

Last year,  Yadav quit Bihar’s ruling Janata Dal United over differences with chief minister Nitish Kumar. He however has made a string of such sexist comments over the years.

In March, 2015, during discussions on an insurance Bill, Yadav reportedly deviated from the discussion and began regaling the Rajya Sabha with completely unrelated anecdotes laced with sexism and racism.

“The body of women from the south is as good as beautiful they are. They [women] in our region are not as good as those [in south] at dancing,” he said during the debate. Despite inviting sharp criticism from members in the House, Yadav remained unapologetic. After initially being thoroughly amused by Yadav’s remarks, BJP MP Ravi Shankar Prasad the next day said that he disassociates himself and disapproves of everything Yadav said and asked him take back his comments.

Continuing to defend himself, Yadav responded:”What have I said … ‘saanvli’ [dark complexioned) women are more in number in India, they are more in number the world over. I am ready to debate with anyone on the struggle of [Ram Manohar] Lohia and others for them.”

With hands folded, Smriti Irani appealed to Yadav, to not pass sexist and racist comments on women in the House, urging him to not shame the position he occupied as a senior member of Parliament. After saying that his actions were sending the wrong message outside, Yadav shot back with another callous response – this time personally attacking Irani and taking a jibe at her acting career. “I know what you are,” said Yadav.