Debate: The Anti-CAA Protesters Should Retreat, and Live to Fight Another Day

The agitation is now really benefiting those who benefit from communalism in politics.

My sincere advice to the protesters against the Citizenship (Amendment) Act (CAA) at Shaheen Bagh and elsewhere in India is to call off the current agitation now.

I oppose the CAA myself. Nevertheless, the time has come to end the anti-CAA agitation. Consider the facts:

In war, one cannot always keep moving forward. Sometimes one has to retreat. For instance, Lord Krishna withdrew from Mathura when faced with the superior forces of Jarasandh, and went to Dwarka. For this, he was known as ‘Ranchhod’ (i.e. one who abandoned the battle), but ‘Ranchhod’ is an honourable, not a dishonourable, title.

When Napoleon invaded Russia in 1812, Kutuzov, the Russian army commander withdrew instead of having a direct confrontation with the superior French forces and even abandoning Moscow. Using this strategy he defeated Napoleon.

During the American War of Independence ( 1775-1781 ), General George Washington often retreated, when faced with superior British forces, and so did the Chinese during their Long March, and the Vietcong in Vietnam.

Many more such historical examples can be recalled to show that ‘he who fights and runs away, lives to fight another day’.

It is time now for good sense to prevail among the anti-CAA agitators. They have made their point, and now their leaders, in the words of the Urdu poet Aatish, should tell the followers ‘Bas ho chuki namaz, musalla uthaiye‘. 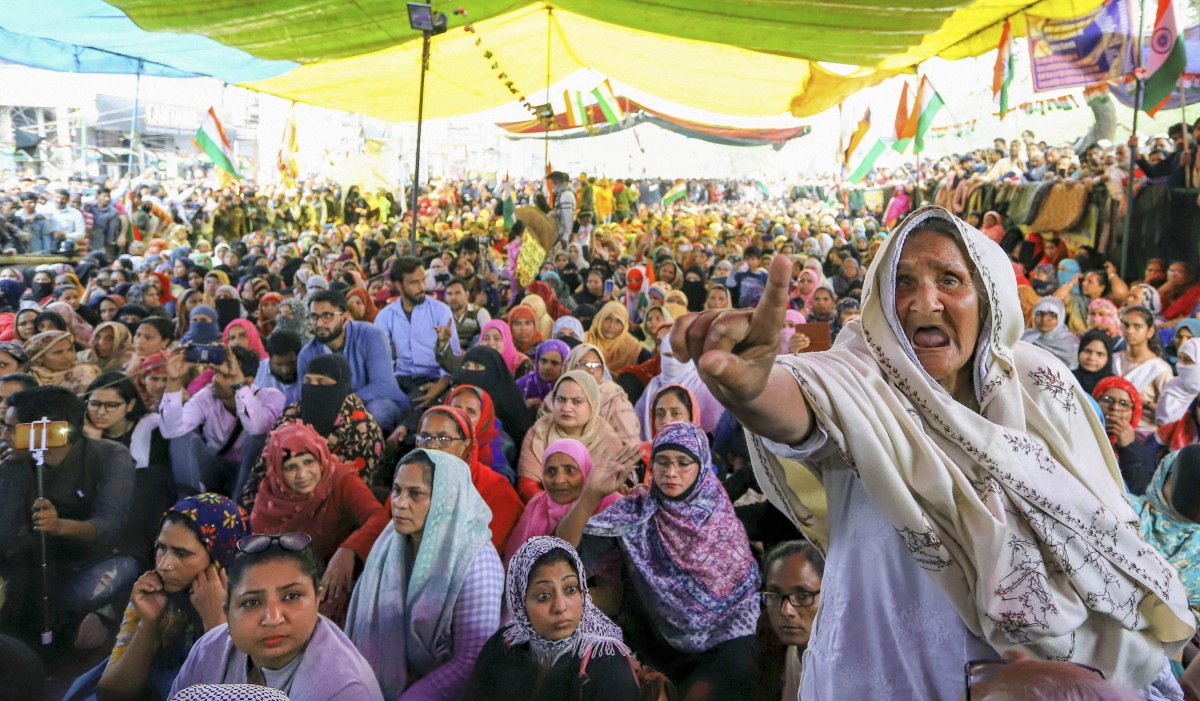 An elderly anti-CAA protester gestures, while she talks to Supreme Court-appointed interlocutors, during an interaction, at Shaheen Bagh in New Delhi, Thursday, Feb. 20, 2020. Photo: PTI

While I have broached this suggestion keeping in mind the objective reality, it is natural that many will have questions and misgivings. I have attempted to address some of these doubts and queries:

Won’t the calling off of the protest be understood by the Modi government and the BJP as a sign of weakness and they may then escalate their offensive against all forms of protest?

The agitators should announce that they are calling off the agitation, not because they have any doubts about the truth of their cause or their strength and conviction in pursuing it, but because they wish to avoid violence, which is inevitable if the agitation continues, and will only benefit communal forces in the country. They must remember the events of Bloody Sunday in St Petersburg in Russia in January 1905 and must avoid its repetition.

Shaheen Bagh has inspired protests around the country and compelled the foreign media to take note. That critical coverage, in turn, has served as a pressure point on the Modi government. If the protest ends, international media may lose interest in the anti-CAA movement.

In my view, the foreign media has had no impact on the Modi government, which is wholly indifferent to such pressures.

Ending the protest may have been viable if the Supreme Court had been proactive in at least listing and hearing petitions filed against the CAA. But the apex court seems to not be interested in dealing with the substantive issue.

How is this relevant? And the less said about the Supreme Court the better, considering its recent record.

One of the positive features of Shaheen Bagh has been the absence of established political parties. People, in a sense, have demonstrated their own leadership. By ending the Shaheen Bagh protests, there is a risk that these parties will re-emerge and attempt to hijack the movement.

Established political parties, other than the BJP, have become impotent and irrelevant. So the possibility of their hijacking the movement is remote