61 Including Vivek Agnihotri, Kangana Speak Out Against 'Selective Outrage'

The July 23 letter by 49 "self-styled guardians and conscience keepers" expressed selective concerns and demonstrated a "clear political bias and motive", the signatories said. 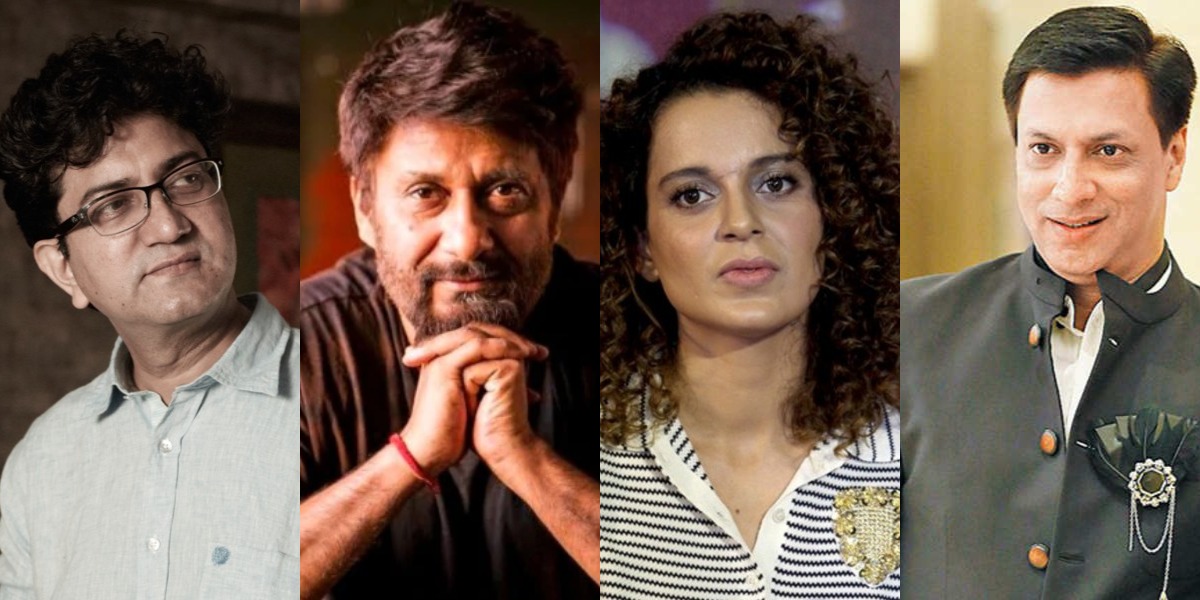 Mumbai: Three days after a group of eminent citizens wrote to Prime Minister Narendra Modi on the lynching of minorities and hate crimes, 61 celebrities from various fields responded with a counter statement against “selective outrage and false narratives” on Friday.

“It (the July 23 letter) is aimed at tarnishing India’s international standing and to negatively portray the prime minister’s untiring efforts to effectuate governance on the foundations of positive nationalism and humanism which is the core of Indianness,” the statement read.

The document of selective outrage, it said, comes across as an “attempt to foist a false narrative with the intention of denigrating the democratic ethos and norms of our collective functioning as a nation and people”.

Signatories of the July 23 letter included filmmakers Mani Ratnam, Anurag Kashyap, Shyam Benegal and Aparna Sen as well as vocalist Shubha Mudgal and historian Ramchandra Guha. They expressed concern at the number of “religious identity-based hate crimes” and noted that Jai Shri Ram has become a “provocative war cry” with many lynchings taking place in its name.

In their statement on Friday, 61 signatories questioned the silence of the July 23 letter writers on their silence “when tribals and the marginalised have become victims of Naxal terror”.

The 61 who have signed Friday’s statement include academics such as Debashish Bhattacharya from Visva Bharati in Santiniketan, Avadh University Vice Chancellor Manoj Dikshit, Anirban Ganguly of the Dr Syama Prasad Mookerjee Research Foundation as well as MP and journalist Swapan Dasgupta and yesteryear actor Biswajit Chatterjee.

In an embarrassment for the BJP, West Bengal vice-president Chandra Kumar Bose reacted to the counter-statement and said, “It is just a mockery which will trivialise the matter. All of us should come together to fight against the menace of mob lynching.” Bose is the grand-nephew of Subhas Chandra Bose.

“I appreciate the concerns of the celebrities regarding mob lynching. And I am sure that Prime Minister Narendra Modi will take corrective measures to contain such incidents. But I would say that lynching and religion should not be connected,” Bose told PTI.

On the counter-statement of the 61 celebrities, he said, “It is just a mockery which will trivialise the matter. All of us should come together to fight against the menace of mob lynching.”

He said, “Lynching is tantamount to murder and strong punishment must be administered to the accused if proved guilty under the law. A person involved in lynching is a criminal and must be taken to task irrespective of background.”

West Bengal BJP president Dilip Ghosh had on Wednesday described the 49 eminent citizens, who had written the letter to Modi, as “anti-nationals” and alleged that they were acting as “stooges” of the opposition.

The full text of the letter signed by Ranaut, Agnihotri and others is below.

An open letter which has been published on July 23 2019, and addressed to Prime Minister

keepers” of the nation and of democratic values have once again expressed selective concern and demonstrated a clear political bias and motive.

To us, the undersigned, this document of selective outrage comes across as an attempt to foist a FALSE NARRATIVE with the intention of denigrating the democratic ethos and norms of our collective functioning as a nation and people. It is aimed at tarnishing India’s international standing and to negatively portray Prime Minister Modi’s untiring efforts to effectuate governance on the foundations of positive nationalism and humanism which is the core of INDIANNESS.

For the signatories, it seems the freedom, unity and integrity of India can be bartered away in

the name of freedom of speech and expression. But for us, the unity and integrity of India, her freedom is sacrosanct and anyone who questions these, who works to dilute or destroy these. who conspired to disturb these need to be resisted. Some of the signatories to the “open letter” have a record of acting as mouthpieces and ideologues for insurgents, separatists and terrorists in the past. Their concern, therefore, smacks of dishonesty and opportunism.

They have argued that “anti-government stands cannot be equated with anti-national sentiments”, in fact under the Modi regime we see maximum liberty to differ, to criticise and to abuse the government and the dispensation in power – the spirit of dissent has never been stronger. The Constitution of India certainly gives the right to dissent but not the right to try and break India apart. To disguise the propensity for subversion by the name of dissent is a dangerous trait.

Prime Minister Modi has very succinctly put forward the mantra of his governance and that is SABKA SATH, SABKA VIKAS and to that he has now included SABKA VISHVAS. Lynching is a social malady which has to be dealt up front, Prime Minister has spoken out against it repeatedly and respective state governments are empowered to take action. We would urge everyone to give up being selective and condemn lynching, discrimination and desecration of religious places with equal vehemence when they occur. Instead of indulging in grand-standing, personalities with a social and public profile ought to generate greater awareness on the need to tackle and eliminate the mindset that leads to lynching

Today the marginalised and the oppressed have been empowered like never before, not through the smoke-screen of hollow slogans and political claptrap but through creative schemes. The “open letter” comes across to us as an attempt to mock the mandate of the marginalised, to create a false sense of fear and siege and to try and derail India’s march towards collective empowerment of all sections of society. It is clearly an attempt to defame the nation. WE DO CONDEMN the conspiracy.

These signatories have strangely kept silent:

1) When those who chant Jai Shree Ram were imprisoned, were called criminals and were being killed and maimed

3) When members of a certain community — in this case Hindus of Sandeshkhali in West Bengal, were being prevented from exercising their franchise during the last Lok Sabha elections and were being terrorised by one Shah Jehan Sheikh who was passed off as a popular social worker”

7) When students were fired upon in Daribhit High School, Islampur, just because they wanted teachers for Bengali, Geography and Computer Application instead of being forced to learn Urdu.

8) When temples were vandalised in Kaliachak, Deganga, Baduria, Raniganj and even as late as in July 2019 in Chandni Chowk in Delhi

9) When there was a concerted conspiracy by a certain section, taking advantage of the Sabrimala Temple entry movement, to disguise themselves and try and enter the temple and thus hurt the sentiments of millions of devotees

10) They are silent when farmers are killed by cattle smugglers and live in terror due to them or when Jawans along some sectors of our borders are attacked and murderously assaulted by these smuggling cartels.

This very group did not display the courage to stand beside women who were opposed to and are struggling against the regressive Triple Talaq tradition and did not speak out for the need of equality and empowerment in this case.

The selective outrage and amnesia of this particular group makes us believe that they are working to a certain agenda and are only playing into the hands of those forces that are out Balkanise India and to destabilise her.

This group has also repeatedly expressed disdain for the faith of the majority in India. They have repeatedly heaped derision on those who believe in Lord Ram and who derive strength and solace by chanting his sacred name. This letter is a disguised attempt to pour disdain on the subalterns for whom faith and worship are defining dimensions.

We are confident that India shall continue her march of all-round development of progress and of social equity and not pay heed to those who try to destabilise her polity and society through trying to generate a false sense of siege and victimhood. Finally, it shall be the triumph of democracy, of unity, of the Constitution and of the mantra of Sabka Sath, Sabka Vikas and Sabka Vishvas!