The bench told Yechury not to use the trip for any "political purpose". 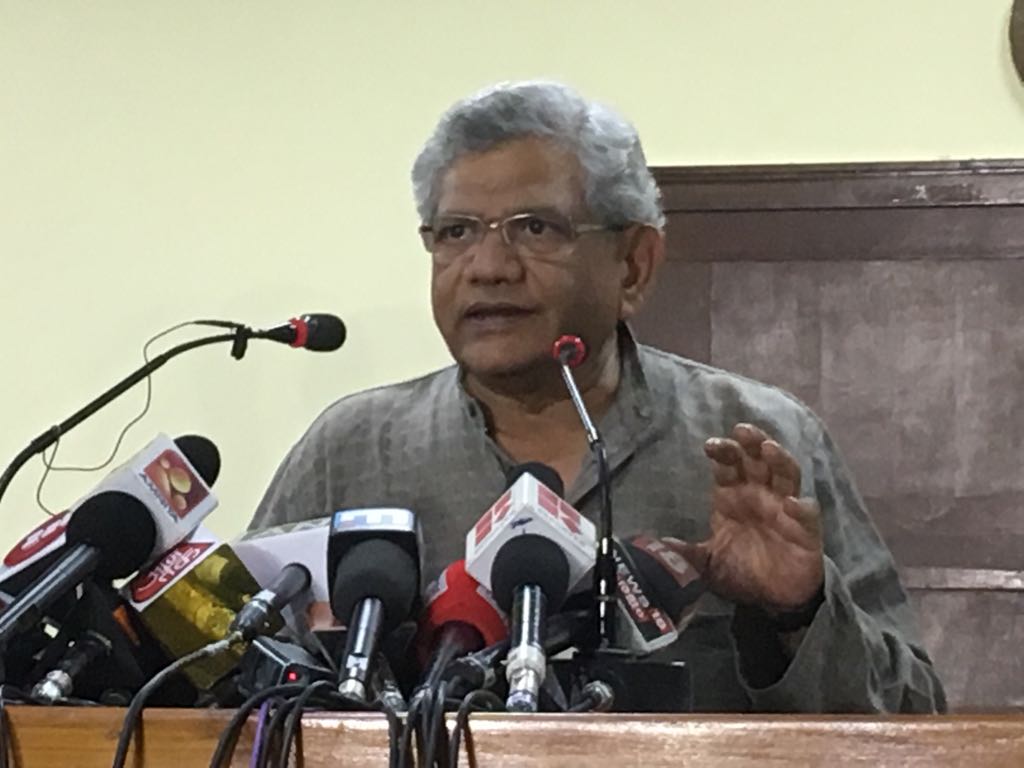 A bench headed by Chief Justice Ranjan Gogoi, however, directed Yechury to only meet Tarigami and not use the visit for any political purpose.

The bench said if Yechury indulges in any political activities, authorities are free to report them to the apex court.

The solicitor general, Tushar Mehta, argued that Yechury should not be allowed to go to Srinagar, but the bench said “what is wrong if one citizen wants to meet another,” Bar and Bench reported. Mehta also said “we will escort him (Yechury),” but Chief Justice of India Ranjan Gogoi said there was no need for that.

Yechury said he would speak on the matter only after he “reports” to the court upon his return. According to ANI, the CPI(M) leader said he will be flying to Srinagar tomorrow.

The Supreme Court has permitted me to go to Srinagar and see Com Yousuf Tarigami and “report” back to them on the condition of his health. Once I meet him, return and report to the Court, I will make a more detailed statement.

Tarigami was detained by the authorities in the wake of the Centre reading down Article 370 of the constitution, which accorded special status to the state.

Yechury made two attempts to visit Jammu and Kashmir this month – once with Communist Party of India general secretary D. Raja and another with a delegation of opposition party members. Both the times, he had to return from the Srinagar airport on the orders of the Jammu and Kashmir administration that cited security issues as the reason for denying them entry.

The CPI(M) had filed a writ petition under Article 32 of the constitution, which says a person has the right to move the Supreme Court (and high courts also) for getting his fundamental rights protected.