The development comes at a time when bigotry has really made its masterpiece. In the past week, Islamophobia and Hindu fanaticism have entered the most sensitive of spaces: classroom and funeral ground. 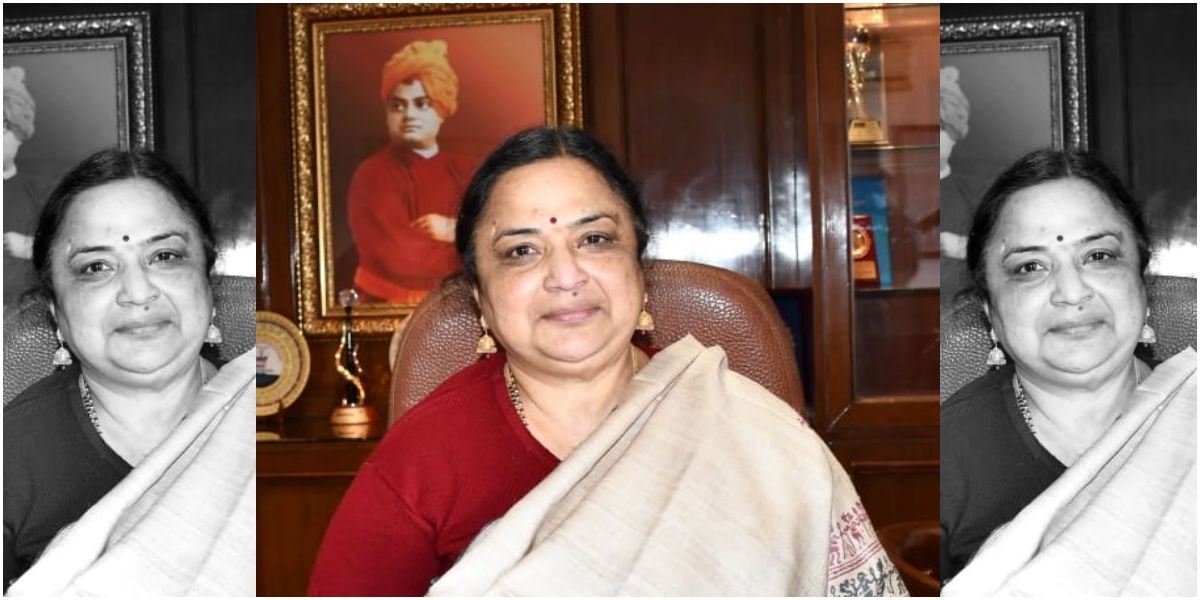 The appointment of Santishree D. Pandit as the vice-chancellor of Jawaharlal Nehru University seems to show that two essential credentials required to rise high in today’s India are a bigoted, hateful mind, and the unfailing alertness to add ‘Hon’ble’ before every mention of ‘Prime Minister’.

Over the last five years and a bit, Pandit’s predecessor M. Jagadesh Kumar had repeatedly come under criticism from various quarters for his ideological bias in favour of the political right. Now, with his replacement assuming office, those critics might wish Kumar continued for some more time – such is the atrocious nature of the present incumbent’s political and social views. But coming to that later.

The first thing Pandit did after assuming office was to issue a press release. The crowning glory of the horrendously drafted statement is the declaration that the university will now strive to implement the vision of ‘our Hon’ble Prime Minister’ and focus on ‘Indo-centric narratives.’ As a professor of political science, it should be no wonder that Pandit understands the ‘entire’ vision of the PM, but one really shudders to think what Indo-centric narratives may come to mean. Will there be a bovine research centre in front of the School of Arts and Aesthetics in the fashion of the one just set up at Hans Raj College? One only hopes they leave JNU’s famed nilgais alone.

The language of the press release is grammatically and idiomatically so incorrect that it is better not to quote it. Almost every sentence is either convoluted or slipshod. But she was careful not to make the unforgivable mistake – at least in the eyes of the government – of not adding ‘Hon’ble’ on both the occasions she refers to the Vishwaguru.

The JNU teachers’ association responded cautiously to the new VC’s appointment. Their press statement said the teaching community hoped the next five years would be ‘academically enabling for the diverse spectrum of opinions that a university like JNU produces.’ The academic fraternity of this country and the larger society now hold its breath to witness how the VC’s penchant for Indo-centric narratives gels with JNU’s culture of diverse opinions.

Pandit’s appointment needs to be seen in context. It comes at a time when bigotry has really made its masterpiece. In the past week, Islamophobia and Hindu fanaticism have entered the most sensitive of spaces: classroom and funeral ground. In a college in Karanataka’s Udupi, Muslim girls were recently stopped from entering the building wearing a hijab or headscarf. The row then spread to Chikmagalur and then to the entire state with the government backing the ban on hijab, saying ‘“clothes which disturb equality, integrity and public law and order should not be worn”.

The controversy then took the ugliest possible turn when some students got pitted against each other. In the Udupi district, Hindu students took out a procession and came to class wearing saffron shawls. On Tuesday, a video clip emerged where a burqa-clad woman trying to enter a college could be seen being heckled and shouted at by a group of young boys wearing saffron shawls and shouting ‘Jai Shri Ram’. 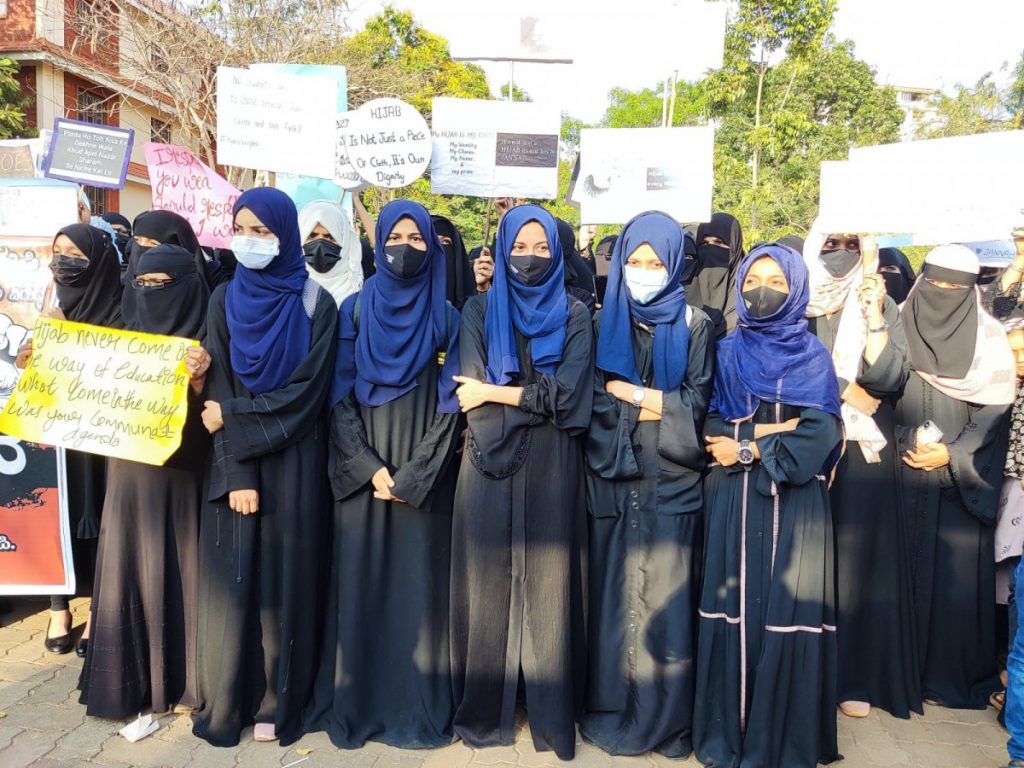 Students of the Government Pre University Girls College in Udupi, who first raised the issue of discrimination for wearing headscarf at colleges, during the Muslim women’s pro-hijab protest in Udupi, on February 07, 2022. Photo: Special arrangement

Meanwhile, at the funeral of Lata Mangeshkar, Shah Rukh Khan’s act of blowing a prayer for the departed soul was given a communal twist by a prominent BJP leader from Haryana, who asked on social media if the superstar was “spitting”. The unthinkable depravity of the comment shocked netizens, with many of them explaining the ritual. But in a typical show of majoritarian power, the tweet has not yet been taken down.

In such a time, someone who supposedly uses words such as ‘love jihad’, ‘jihadi Islam’, ‘extremist Naxal groups’ (referring to JNU students), ‘Italian remote control’ (referring to Sonia Gandhi), ‘mentally ill jihadists’ (referring to civil rights activists), ‘partiality of the Left = Jihadi – Liberal oxymoron’ (whatever that means) in her social (media) discourse, is taking charge of the most liberal of academic spaces that this country can boast off. Rutgers University teacher Audrey Truschke succinctly expressed on Twitter what the possible outcome of this can be. “It is heart-wrenching to watch India’s Hindu nationalist rulers destroy the nation’s best universities. Such actions do not change the nature of academic knowledge. But they increasingly remove India from the playing field. It is a loss to us all,” she said.

Immensely significant are the words of Alexander Kwapong in this connection. While assuming the charge of Ghana University VC in March 1966, Kwapong had ripped apart the previous government for subjecting educational institutions to merciless attacks and said:

“When it seemed that all of the several institutions of this country had fallen before the resistless advance of his totalitarian power, this institution appeared to be one of the few but most important bastions of freedom still left in the country… The academic freedom of this university is, after all, a microcosm… I wish to re-emphasise to the whole nation that the existence of this university as a centre of critical and independent thought is not a luxury but an essential necessity for the future well-being of a free and independent Ghana…”

Ghana, incidentally, scores an impressive 0.793 on a scale of 0-1 in the latest academic freedom index; India lags way behind at 0.352.