Patra had told the Raipur police he couldn't appear for questioning in the alleged Congress 'toolkit' case as was occupied in these efforts. 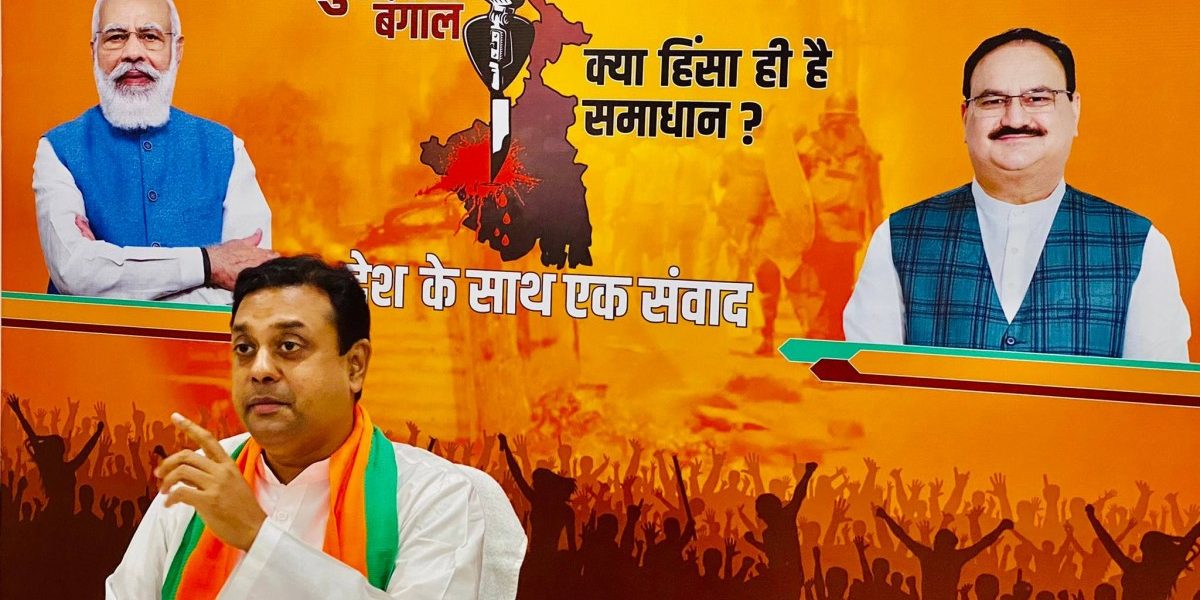 Bhubaneswar: Bharatiya Janata Party (BJP) national spokesperson Sambit Patra, who had cited his preoccupation with Cyclone Yaas-related relief work to express his inability to appear before the Raipur police in the alleged Congress “toolkit” case, was not involved in any such efforts on the ground in Odisha, the state worst-hit by the cyclone.

State BJP sources said that Patra had last visited the state in April to campaign for party candidate Ashrit Pattanayak in the Pipili assembly by-poll which, was later postponed by the Election Commission in view of the COVID-19 pandemic. Congress candidate Ajit Mangaraj had passed away after contracting the virus while campaigning in Pipili, which is part of the Puri Lok Sabha constituency from where Patra had contested in 2019. He lost to Biju Janata Dal (BJD) candidate Pinaki Mishra.

Though not willing to be quoted, senior BJP leaders in Odisha said Patra had no role to play either in organising relief efforts for Cyclone Yaas victims or in COVID-19 management in the state.

Stating that his involvement in any kind of cyclone-related work on the ground had not come to their notice, the leaders also pointed out that Cyclone Yaas – which wreaked havoc in districts such as Balasore and Bhadrak after hitting the Odisha coast on May 26 – had largely spared Puri district. “There were no reports of any major damage in Puri due to the cyclone. So there was nothing much to be done there in terms of relief and rehabilitation work,” said a BJP leader who did not wish to be named. He clarified that if Patra was coordinating any kind of relief efforts from Delhi, he had no knowledge about it.

State BJP leaders said that since Patra is a high-profile party leader, any major relief work he conducted in the state would have immediately come to public notice.

Yet another party leader said, “Patra is the national spokesperson of the BJP and also an important leader. He does a lot of work from Delhi of which we may not be aware. Besides that, his work in Odisha need not be confined to Puri just because it happens to be his constituency. However, it is true that had he engaged in any major relief efforts on the ground in connection with the cyclone, we would have come to know about it.”

Patra’s lawyer had earlier responded on behalf of the BJP spokesperson to say that he could not make himself available for questioning by the Raipur police, even via video conference, on short notice as he was engaged in relief efforts.

This, the lawyer maintained, required Patra to constantly interact with the media and officials in multiple states. Besides Odisha, Cyclone Yaas had triggered destruction in West Bengal and Jharkhand as well. He had sought at least a week’s notice before Patra could appear for “such a video conference, along with any questions/queries that you may have”.

The Raipur police had registered an FIR against Patra, former Chhattisgarh chief minister and current national BJP vice-president Raman Singh and some others on the complaint of a Congress students’ wing leader who alleged that these leaders had forged the Congress’s letterhead to share fabricated content to spread communal violence, hate, and fake news to divert attention from the Narendra Modi government’s mishandling of the pandemic. The Raipur police had invoked Sections 188 (disobeying public order), 469 (non-bailable offence of forgery with an intent to harm reputation), 504 (intentional insult to provoke breach of peace), 505 (1) (b) and 505 (1) (c) (related to rumour-mongering with an intent to cause alarm and incite a particular community).

The “toolkit” matter has snowballed into a full-blown controversy which has BJP and the Congress gunning forgun each other. Micro-blogging site Twitter, offices of which were raided in the immediate aftermath of Patra’s ‘toolkit’ post being marked as ‘manipulated media’, has also been sucked into the vortex of what is primarily a political controversy.