A Poll Defeat and Two MP Resignations Later, SP Finally Goes All In For Its UP Revival

Akhilesh Yadav and Azam Khan's resignations from parliament indicates that Samajwadi Party is ready to focus on its role as the opposition party in Uttar Pradesh. 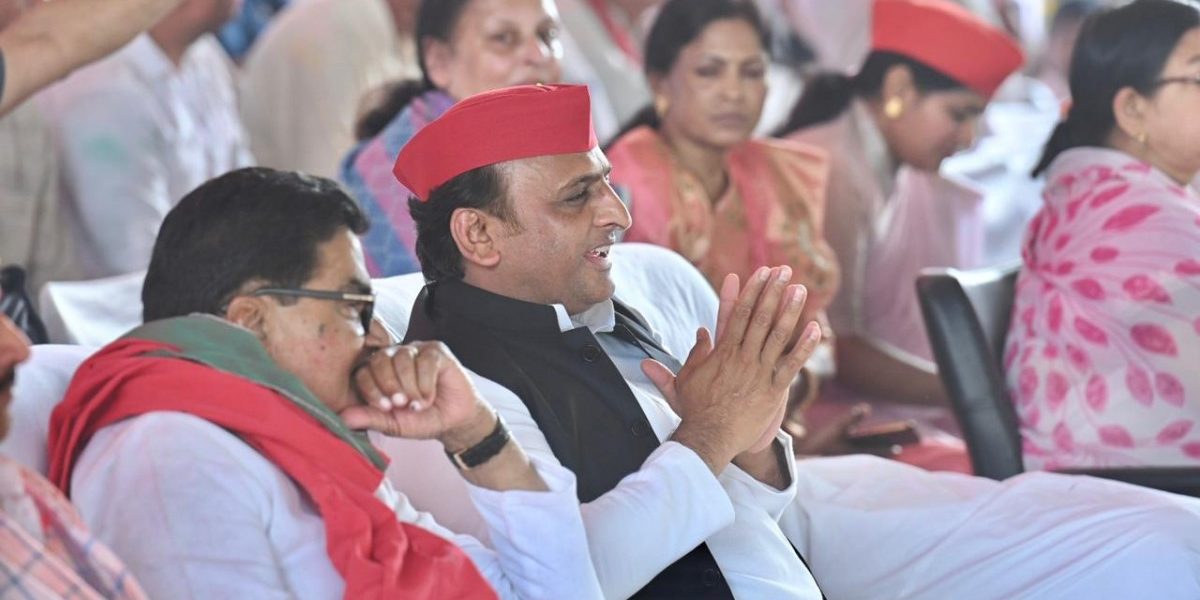 Lucknow: After its debacle in the assembly elections, the Samajwadi Party appears to have pulled up its socks to expand its outreach among non-Yadav Other Backward Classes (OBC) and Dalit communities of Uttar Pradesh – a fact made clear by Akhilesh Yadav’s decision to give up his MP’s post and focus on the Karhal assembly seat.

Like Akhilesh, jailed SP heavyweight Azam Khan too resigned from the parliament and will continue as MLA from the Rampur Sadar seat. This brings the strength of the party in the parliament down to three.

The top leadership of the party will now stay in Lucknow, ostensibly to take on the Bharatiya Janata Party (BJP) on issues of social justice, inside as well as outside the assembly.

Despite an alliance with many small caste-based parties, SP failed to dethrone the Adityanath government in what was the fourth successive defeat of the party in the state.

The party, formed by socialist leader Mulayam Singh Yadav in 1992, came to power on its own in 2012 by defeating the Mayawati-led Bahujan Samaj Party. as Mulayam’s son, Akhilesh took charge of running the government.

But since the grand entry of Narendra Modi in national politics in 2014, BJP grew into a formidable political force in the state, soon bringing in non-Yadav OBCs and non-Jatav Dalits into its fold.

Also read: Here’s What the Samajwadi Party Alliance in UP Needs to Focus on Now

SP lost to BJP in the assembly elections of 2017 and 2022, as well as in the general elections of 2014 and 2019. Although in 2022, SP emerged as a strong opposition force, questions are bound to arise on the party’s political future.

Akhilesh, for one, has tried many experiments in the state – all of which have failed against BJP. SP joined hands with Congress in the 2017 assembly elections and allied with its arch-rival BSP in the 2019 general elections, but the party’s strength was not enhanced in either platform. After SP’s defeat in 2017, Akhilesh also sought a role in national politics. However, his minimal presence in social movements and public protests on the ground in Uttar Pradesh worked against broadening SP’s reach.

The many small parties that SP allied with for the recently concluded assembly elections included Rashtriya Lok Dal and Suheldev Bhartiya Janta Party, among others. Heavyweights from BJP and BSP also shifted loyalty from their parties to SP.

Although a sentiment of anti-incumbency against the Adityanath government reduced BJP’s strength in the UP assembly from 312 to 255 seats, SP crossed the triple-digit figure and finished at 111, which is 64 seats more than it had in 2017 but 91 less than the magic figure of 202 seats in an assembly of 403 seats. 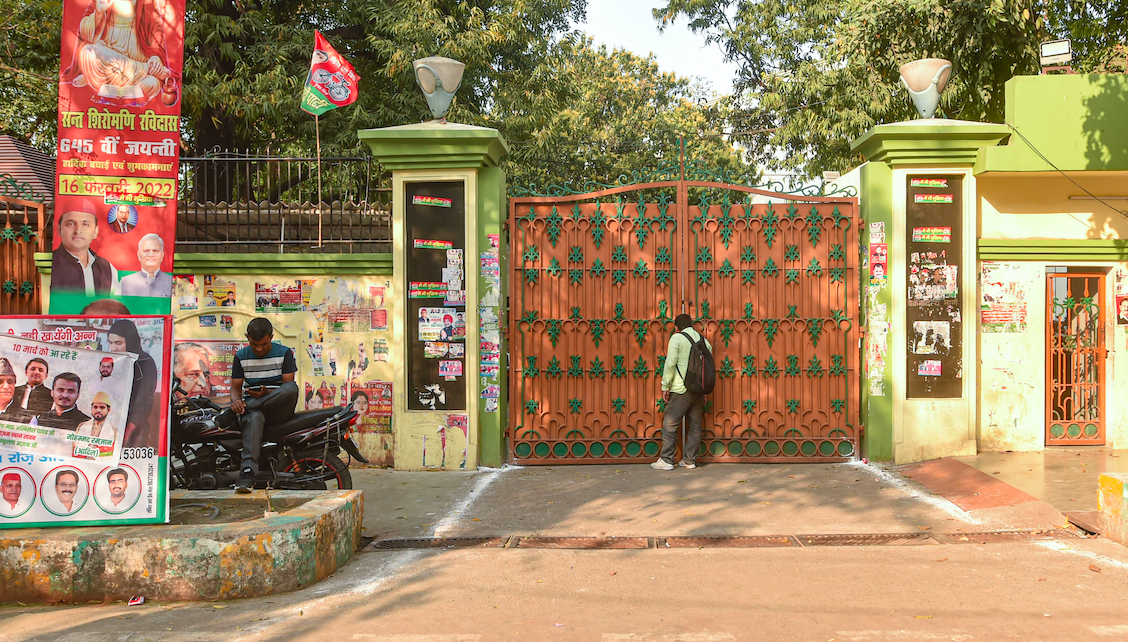 A view of Samajwadi Party office on the day of counting for Assembly polls, in Lucknow, Thursday. March 10, 2022. Photo: PTI

What appears to have changed is SP’s resolve to act as a strong opposition.

SP insiders have disclosed that the intent behind Akhilesh and Azam’s roles as MLAs is to give strong opposition to the BJP in its second term in the state.

The impression that Akhilesh would want to focus on his national role would have worked against SP, feel political experts.

Dr Utkarsh Sinha, for one, says, “Akhilesh is not a player in national politics, so the outcome of his decision to stay in Lucknow will further strengthen his regional party. If Akhilesh enhances his engagements inside as well as outside the assembly, it would dent the BJP’s prospects in UP in the next general elections.”

Sinha adds that much remains to be done to bring in more leaders like O.P. Rajbhar and Swami Prasad Maurya into the SP camp.

Political analyst Husain Afsar says, “After four consecutive defeats, it is difficult to consolidate lawmakers and party workers. Now more than ever it becomes necessary for Akhilesh to stay in the state.”

SP leaders appear enthusiastic as they believe their party’s voice will resonate in the assembly more powerfully. According to SP spokesperson Dr Anurag Bhadouria, the presence of Akhilesh on the floor of the house will boost the morale of SP lawmakers, as the party aims to focus on social justice, unemployment, agrarian distress and inflation.

Akhilesh’s eyes are also on Dalit votes, as in the recent elections, disillusionment has been seen among Dalit communities against BSP. SP leader Abdul Hafeez Gandhi told The Wire that Akhilesh remaining in Lucknow is part of the party’s broader strategy to expand its outreach among non-Yadav OBCs and Dalits.

“A large number of non-Yadav OBCs were brought into our fold from the BJP, but nearly 55% are not with us. If Bhaiyya (Akhilesh) stays in Lucknow, the party will consolidate them too before the 2024 general elections,” Gandhi said.

Gandhi also spoke about the party’s strategy to expand its base among Dalits by reviving the Ambedkar Vahini, a Dalit wing of the SP.

“We will mobilise Dalits and OBCs to intensify our fight for social justice for underprivileged people of the state. Many Dalit leaders who were earlier in BSP, switched to SP, and they will work on the ground to stitch an alliance between OBCs and Dalits on the question of social justice and reservation,” said Gandhi, adding that SP’s mission is to fill the vacuum in Dalit politics created by the ebb of BSP.