She will be pitted against the Congress's Digvijay Singh and was confident of emerging victorious. 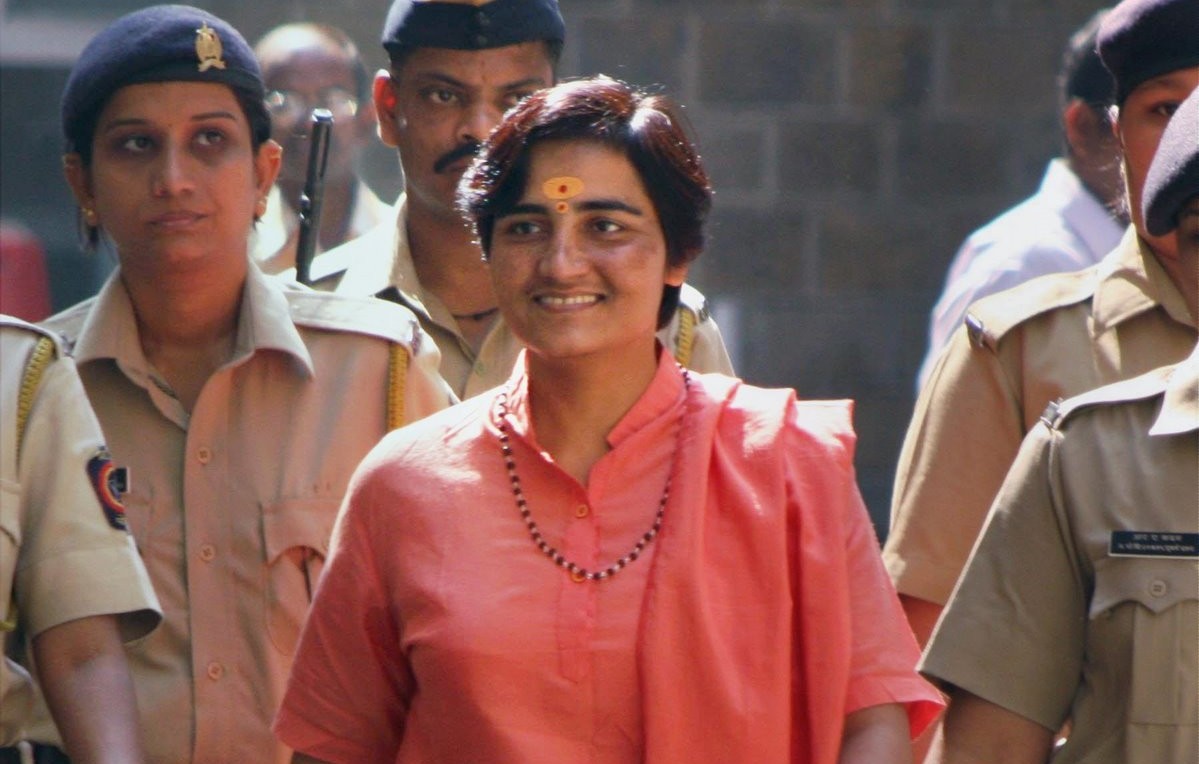 File photo from 2009 of Malegaon bomb blast accused Sadhvi Pragya Singh Thakur being taken to be produced in court in Mumbai. Credit: PTI

New Delhi: Sadhvi Pragya Singh, an accused in the 2008 Malegaon blast case, will contest this Lok Sabha election as the BJP candidate from Bhopal. She has also formally been announced as a member of the BJP.

On her hopes for this election, she reportedly said, “It wont be difficult for me.”

Singh is out on bail in the 2008 Malegaon blast case, in which six people were killed and about 80 were injured. Bombs were fitted on a motorcycle and detonated in Malegaon, Maharashtra. There was also a simultaneous blast in Modasa, Gujarat.

Singh has spent nine years in jail. In 2015, the NIA gave her a “clean chit”. A few months earlier, a senior law officer, Rohini Salian, who was the special public prosecutor in the case, issued a public statement that since the BJP government took over in 2014, she was under pressure to “go soft” on the case.

Lt Col Prasad Shrikant Purohit was also arrested in the case. He was a serving army officer at the time, but Singh and he were both apparently part of an extremist Hindu outfit, Abhinav Bharat, that was linked to the Malegaon blast. He has been reinstated to the army after also spending nine years in jail.

As of October 2018, a special NIA court said that Pragya Singh, Lt Col Purohit and four others would still face trial for terror activities, criminal conspiracy, murder and other charges. They have all pleaded not guilty.

She is also an accused in the 2007 Ajmer Dargah case. But in 2017, the NIA cleared Singh as well as RSS leader Indresh Kumar of their involvement in the case. RSS member Swami Aseemanand confessed that Hindu extremists were involved in the case.

Another accused in the case, Rajendra alias Samandar, is also an accused in the Samjhauta Express train blast case (2007). Others accused and arrested are also linked to terror acts such as the Modasa blast and the Mecca Masjid blast (2007).

BJP has won the Bhopal Lok Sabha seat since 1989.

Imagine the anger if I’d field a terror accused. Channels would’ve gone berserk by now trending a mehboobaterrorist hashtag! According to these guys terror has no religion when it comes to saffron fanatics but otherwise all Muslims are terrorists. Guilty until proven innocent https://t.co/ymTumxgty7