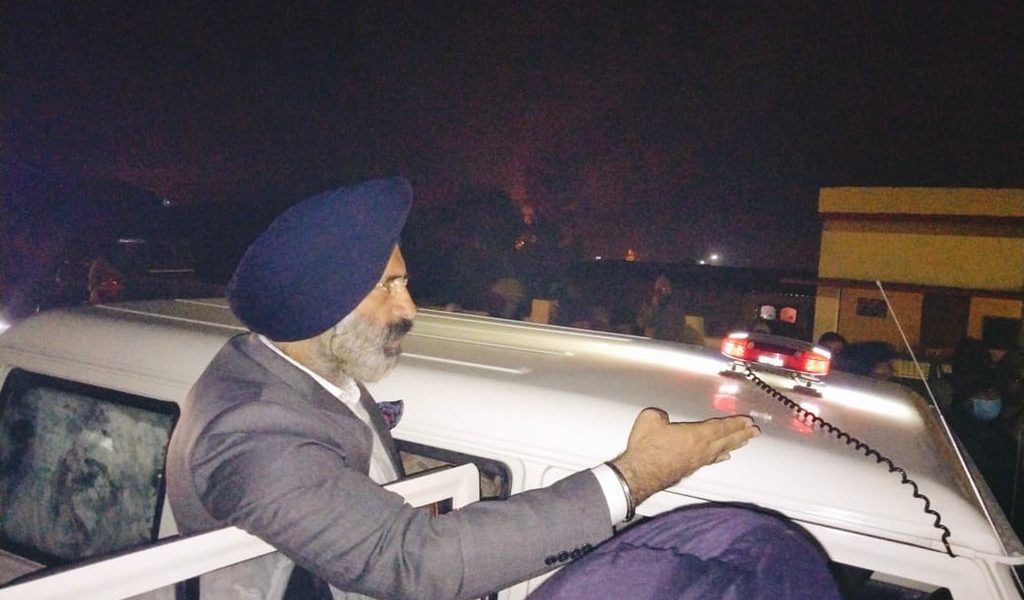 New Delhi: Shiromani Akali Dal (SAD) national spokesperson Manjinder Singh Sirsa on Thursday claimed he was arrested by the Uttar Pradesh Police in Pilibhit district of the state. However, Superintendent of Police, Pilibhit, Jai Prakash denied that Sirsa was arrested.

Sirsa told PTI over the phone that he was in Pilibhit to support farmers who were allegedly booked by the local police to stop them from joining a tractor rally in Delhi. He also tweeted about his arrest.

Uttar Pradesh Police has arrested me at Bilaspur, Pilibhit.
My offence – I have been raising voice for Farmers rights and even Supreme Court also recognises the farmers’ right to protest

“He was not arrested or detained. He was told that he was trying to visit a restricted area and was returned from there,” Prakash told PTI.

Sirsa, who is also the chairman of the Delhi Sikh Gurudwara Management Committee, claimed that he was arrested and taken to Bareli. Later at night, he tweeted that he had been released and thanked his supporters.

Thanks to the support, love and unity of Sangat of Bareilly, the UP Police released me last night.
I am blessed to lead the fight for the rights of the farmers in Uttar Pradesh and it is all because of your support 🙏🏻 pic.twitter.com/SipSQaD0sS

Across the countries, several farmers and political leaders protesting against the Centre’s new farm laws have been detained by the police or stopped from reaching their destinations. Most recently, the police in Bangalore detained Congress leaders including former chief minister Siddaramaiah for staging a rally in support of farmers.