When Entitled Dynasts Take on a Dynasty

Sachin Pilot and Jyotiraditya Scindia appear driven more by pique and ambition rather than principle. 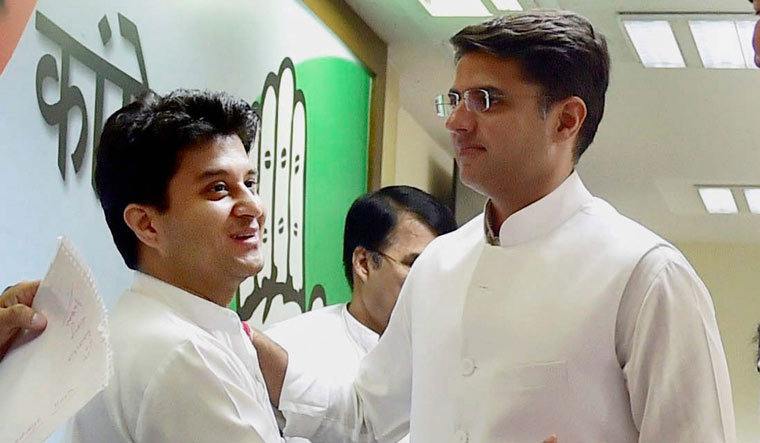 Sachin Pilot and Jyotiraditya Scindia have much in common. Both are young scions of political families and have had successful careers so far. Both are urbane and easily fit into the salons of Delhi, which is helpful in building up valuable networks with the movers and shakers of the capital’s hothouse, and  with journalists. The media loves these young, handsome, friendly and well-spoken men and the fact that they are against the Congress and more importantly, Rahul Gandhi, enhances their appeal further.

The fathers of both Pilot and Scindia died young but the Congress and the first family indulgently looked after them, giving them positions far bigger than what their age and experience would warrant. They became MPs at a young age – Pilot at 26 – and Union ministers in their 30s. Pilot was made deputy chief minister of Rajasthan in 2019, and, in contravention of the party’s own rule, was also given the post of the Pradesh Congress Committee president, which gave him immense power over the state unit of the party. He was a success story in every way, the envy of many senior party leaders. Despite this, he remained resentful, believing he deserved more – his chatterati friends even hoped he would become Congress president and ‘save the party’; sadly, that did not happen, no doubt, they felt, to the Gandhis’ refusal to give up the chair.

Scindia on the other hand lost the parliamentary and the assembly elections, but was still reportedly offered the deputy chief ministership of Madhya Pradesh, which he declined. He too was full of the same kind of resentment. On their parts, both Ashok Gehlot and Kamal Nath gave their juniors a hard time, and the latter returned the favour by bad-mouthing the seniors.

This sense of entitlement in both Pilot and Scindia has led them to split from the party. But there is no principle involved–they have neither invoked the Congress party’s policies nor have they spoken about the Gandhi dynasty. Their actions are dictated by pique and personal ambition; even they have had the sense not to proclaim some higher national purpose.

Scindia, joined the BJP, his family’s old home, and despite his electoral failures, has been rewarded handsomely; his new party has given him a seat in the Rajya Sabha – political career secure for six years – and his followers have been placed in good positions in the Shivraj Singh Chauhan cabinet; Pilot, with all his successes, is still unclear about his plans. By announcing firmly he will not joined the BJP – though in politics these assurances mean little – he may have temporarily closed that option.

Also read: Beyond the Pilot-Gehlot Row, Rajasthan Congress’s Struggles Are Far From Over

If he goes to the BJP, they will not really have a problem with it. The Narendra Modi-Amit Shah combine have no compunctions in welcoming those who were their trenchant critics, as long as it adds to the party’s winnability and undermines the Congress. This way India will soon become Congress-mukt because most Congressmen will be in the BJP! For the moment, however, that possibility seems a bit distant.

It is difficult to imagine what Pilot’s other prospects could be. Rajasthan, like Madhya Pradesh, has no other major regional party and surely he would not want to become a sectional leader of just his community. If he does not offer an alternative plan,, his followers could get restive. Unless, Pilot’s only ambition at the moment is to see Gehlot’s fall. That may well happen, but it would just give Pilot a short burst of satisfaction – the question of the long term will still remain unanswered.

There is an irony in the revolt of the young Congressmen. Their supporters may not want to admit it, but both are dynasts andtheir charmed political career owes much to not just their surnames and family legacies, but also the fact that as young Congressmen, they had smoothly moved into Rahul Gandhi’s inner circle. Gandhi, struggling to firmly establish his own position in the Congress, needed the support of the younger elements to create a party base separate from his mother’s and those close to her; that tussle has not been fully resolved and in the process has been left the Congress weakened.

Despite internal conflicts and electoral failures, and though he is no longer Congress president, Rahul Gandhi has continued to be engaged in public issues. He went and met the migrants on the outskirts of Delhi, which enraged Nirmala Seetharaman. He had warned about COVID-19 much before the government publicly acknowledged it. He routinely makes statements criticising the government and the prime minister, which is much more than other politicians do. His close associates have neither been seen on the streets nor are known for any pointed public statements against the government or Narendra Modi. 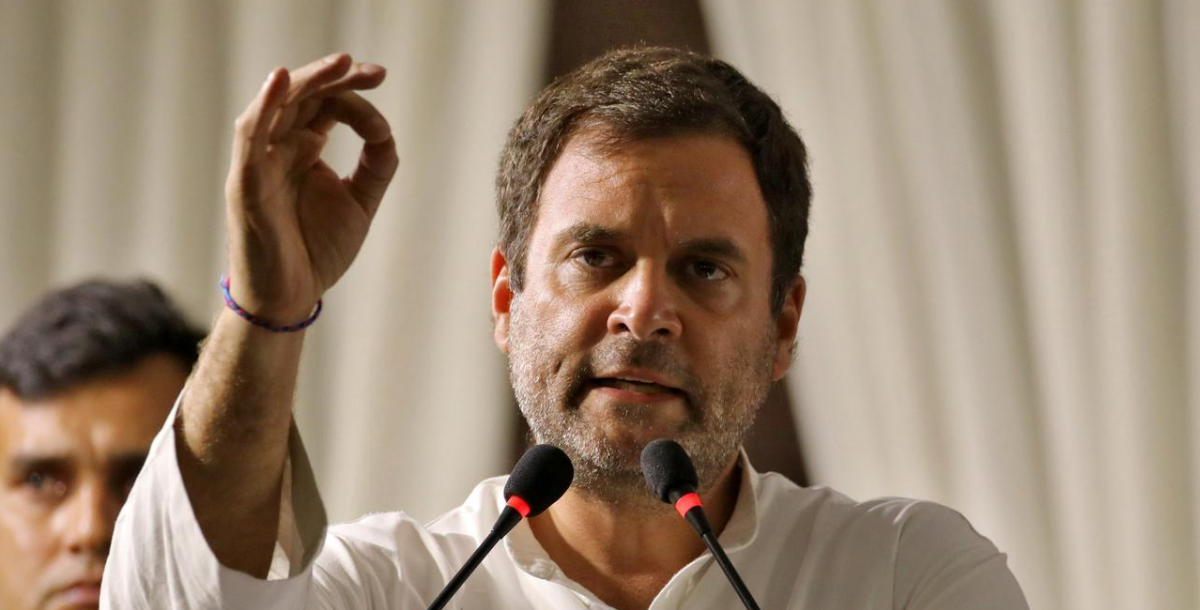 The BJP takes Gandhi seriously and responds to everything he says, mostly with nasty sarcasm. Its spokespersons convert every discussion on the issues of the day into one long diatribe against him. The media happily joins in – television anchors have long stopped being objective, but even online, learned pundits spend more time in Gandhi-bashing than in calling the government and the prime minister to account.

That has not stopped him, but the silence of his party men, especially the young dynasts, who have enjoyed the fruits of power because of their proximity to him clearly indicates they don’t want to slam the door shut on their prospects with the BJP. They have to consider their own careers, after all, and even if they know that they will go only so far in the BJP, it at least provides them a temporary perch. And they see no future for themselves in the Congress; indeed, it is worth asking if they see a future for the Congress itself.

Political parties do wither away and collapse, and the Congress appears to be in an existentialist crisis. An ambitious politician may be in a hurry, and Scindia and Pilot definitely are. But nothing is permanent in politics; parties do survive and come back. The BJP itself is a good example–from just two seats in parliament in 1984, it is now in government for the second successive time, while the Congress, which won over 400 seats then, is in the doldrums.

Going from failure to success requires hard work and perseverance. The Congress still retains a vote share nationally and is in power in a few states. It has a base of committed followers countrywide. This is what Rahul Gandhi is trying to build upon. And the BJP leadership knows that it should not take this threat lightly.

Pilot and Scindia (and there are also others, waiting in the wings to jump shift) would rather bail out than put in the effort to rebuild the party they have benefited from. Entitlement does that to people – they want their platter to be full all the time. They have had it easy all along and they see no reason to change that. The hunger is gone, but their lust for power remains.

Somewhere, deep inside, they know that by joining they will have to compromise with all their belief systems and their values, and there will be a price to pay, but they are ready to live with that. The tragedy will be if, despite that, their political dreams and aspirations ultimately remain unfulfilled.