In conversation with the former Union minister on Narendra Modi's rule, the future of the BJP and a possible alternative alliance.

In conversation with the former Union minister on Narendra Modi’s rule, the future of the BJP and a possible alternative alliance. 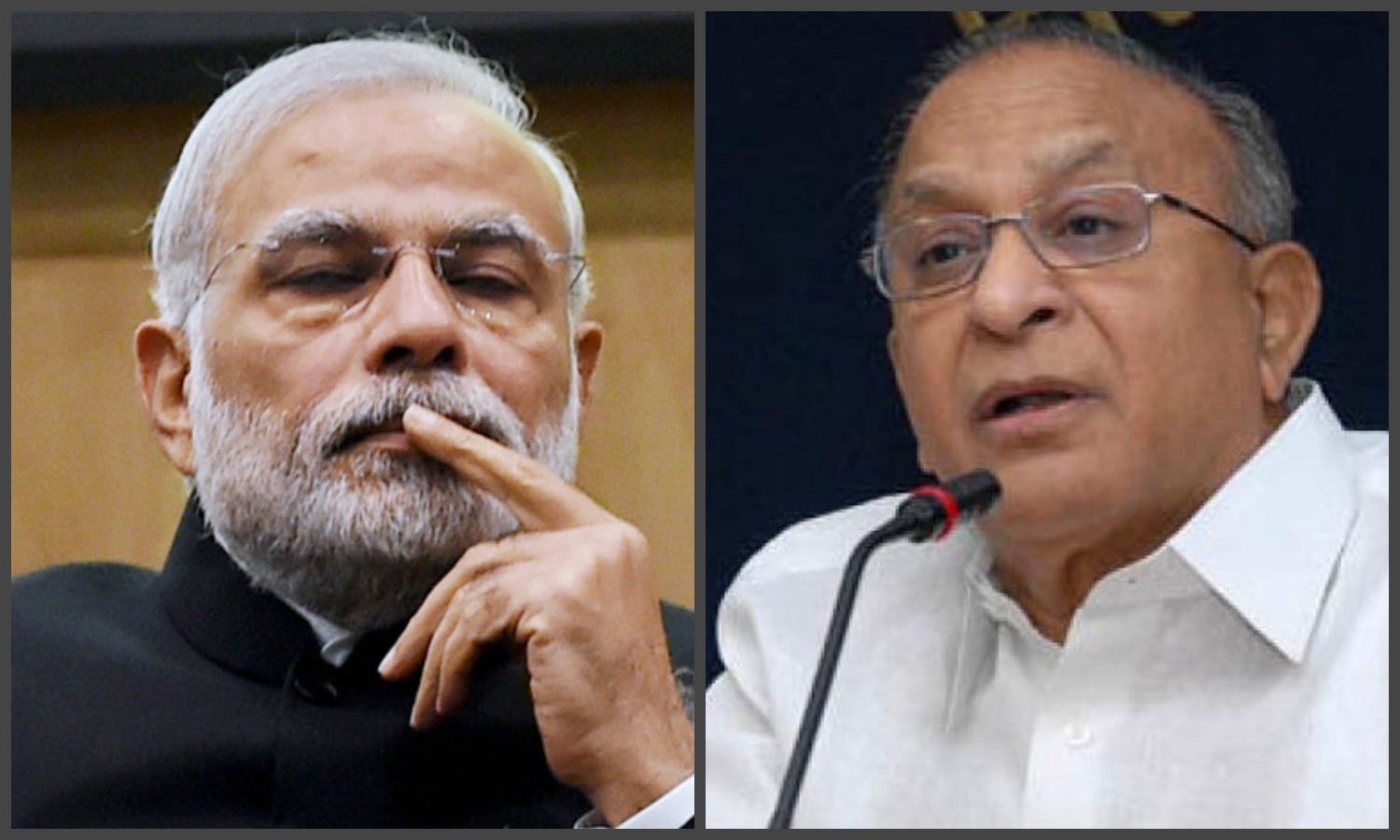 S. Jaipal Reddy, who was an important Congress strategist when the party came back to power in May 2004, insisted during an interview with The Wire that Narendra Modi will “defeat himself” in 2019 as “everybody despises his dictatorship”.

The former Union minister suggested that the BJP and the prime minister would have to pay the price for demonetisation and the goods and services tax, as the overall reaction from people will be “negative” to them.

Reddy, who was the chief Congress spokesperson when the Congress (through the UPA) returned to power after eight long years, feels that an alternative alliance is taking shape in each state and will continue to take shape as 2019 gets closer.

Earlier a leading figure of the Janata Party and later the Janata Dal, he said matter of factly, “You don’t have Jaya Prakash Narayan every time”.

At present, there is no opposition front visible, even though Prime Minister Narendra Modi has completed three years and appears to be going strong.

It is too early to talk about an alternative front. My view is that the outlines of the alternative front or non-NDA front are being formed in every state at the moment. The political reactions to demonetisation and the GST are taking shape, and I feel that the overall reaction of the people to these reforms will be negative for the BJP.

In all these matters, Modi speaks eloquently, but he speaks to himself. Reactions against Modi are building up in the country, and within BJP and the Sangh parivar.

These pressures will take their toll in 2019 (the next Lok Sabha elections). By 2019, an alternative front will be available. Even in 2003, the alternative front was not looking positive at that time. It (the UPA) materialised successfully and worked well for ten years. Don’t underestimate the basic wisdom of ordinary people.

This time opposition parties have to contend with Modi, who has for the first time ensured a majority for the BJP in the Lok Sabha. Isn’t the task more difficult for the opposition?

Modi is weaker than Atal Bihari Vajpayee because Modi is a partisan, contentious figure whereas Vajpayee, when compared to Modi, was a consensual figure. And even then we saw reaction build against him (Vajpayee).

Therefore, Narendra Modi is a much weaker prime ministerial candidate now than Vajpayee was. I should not be saying this, but Modi is one person in whom the element of self-delusion is very high. He is working himself up into a belligerent mood. I have not seen any trace of [a positive] public response to Modi.

But the BJP landslide in Uttar Pradesh showed a different picture.

In Uttar Pradesh, the logic was simple. Akhilesh Yadav and Congress got 30% [of the votes]. Mayawati got 20% and the BJP got 40%. You win on the basis of 40% of the votes and you say you have won wonderfully?

Modi is living in a fool’s paradise. His enthusiasm is not shared by BJP leaders. In fact, they entertain apprehensions about both demonetisation and the GST.

What is lacking in the efforts of the opposition? It could not even project a united front in the presidential polls.

In the case of the presidential polls, only the Bihar chief minister, JD(U) chief Nitish Kumar, was a dissenter. Even if he had voted [with the opposition], the ruling party would have managed [to win].

In this government, the CBI and the Enforcement Directorate are being so brazenly used against leaders of the opposition. A lot of people fell in line in fear of the ED and CBI.

The BJP and the Sangh parivar proclaim that Modi would be there to head the government till 2024, thereby saying that it is a cakewalk for him in 2019.

When Manmohan Singh was the prime minister, no one said that he will be there for all time to come.

There are several reasons (why this is not going to happen). First of all, all rulers get intoxicated. Second, they are not in touch with the people.

Thererfore, I would urge people to keep up the hopes for miracle – the defeat of the NDA.

How are you optimistic about an alternative alliance when Modi is the first leader of the BJP who has brought a majority for the party in the Lok Sabha?

Numbers don’t matter. They are needed only at the time of formation of the government. Percentage of vote is what matters.

Besides, everybody despises Modi’s dictatorship, and he is so full of himself. He does not talk to his party people. [He is] suffering from a complex – that he is a great leader, he will never go wrong. This is the first sign before the fall of a leader.

I will never support corruption, but this campaign against corruption should not be selective.

What were the mistakes made by the Congress in the last Lok Sabha polls that has brought it down to just 44 seats? What should the party do to revive?

We made some mistakes in 2014. Nobody falls without making mistakes. That does not mean that a party which makes mistakes has no future. I will give my advice to high command in confidence and never publicly.

What about your home state, Telangana, where the Congress lost power after it carved out the state from Andhra Pradesh?

Congress will come back to power in Telangana. There is problem in Andhra Pradesh, but Chandrababu’s aligning with the BJP is not going unchallenged.

Who will lead the the alternative alliance? There have been suggestions that a leader like Nitish Kumar should lead the anti-Modi campaign in 2019.

It is very difficult to say that the leader of a leading party should not lead. These suggestions are from intellectuals – they would never be made by any responsible leader.

Did a single responsible political party say that the Congress party should not lead?

So overall, what you are saying is that ‘we shall overcome’?

[What I am saying is that] Modi is going to defeat himself.