Despite authenticating Modi’s degree, Delhi University continues to stonewall attempts by RTI activists to gather information about his records. 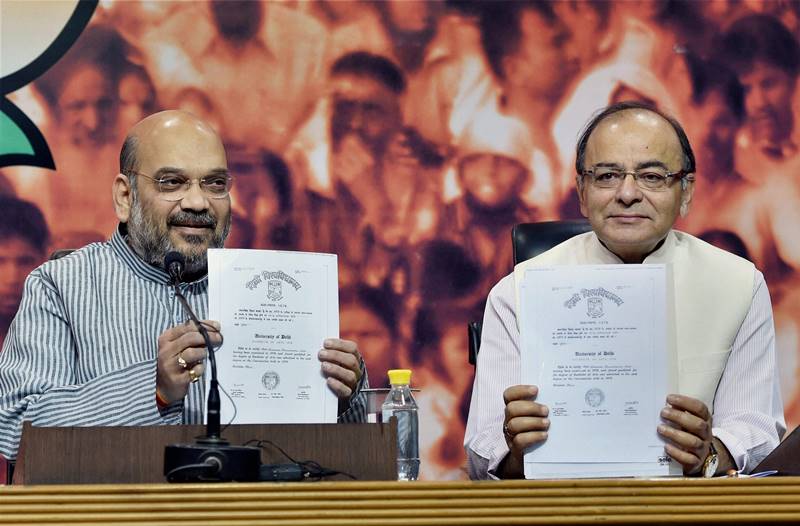 New Delhi: Over a year after Delhi University put its stamp of approval on the authenticity of Prime Minister Narendra Modi’s Bachelor of Arts graduation degree, the controversy regarding the manner in which the information was initially withheld refuses to die down.

While dealing with another appeal related to the issue, the Central Information Commission (CIC), which had last year directed the universities of Delhi and Gujarat to respond to all RTI applications on the issue and ordered the Prime Minister’s office (PMO) to facilitate their search and disclosure, has this time refused to intervene, saying the matter was pending before the Delhi high court.

In a recent order, Central Information Commissioner Manjula Prasher, while dealing with an appeal filed by Rajender Singh, a resident of Delhi, seeking a copy of “all marksheets or degree, copy of degree entry register, copy of register which contains signature of receipt of degree of Modi along with the convocation list of the year 1979,” held that as per  Delhi University’s submission, the matter was the same as one pending for adjudication before the Delhi high court and that a stay had been granted by the court on January 23, 2017. Therefore, she held that “no intervention is required on the part of the commission” and disposed of the appeal.

What is intriguing, however, is the manner in which the authorities – who insist there is nothing to hide – are continuously making attempts to not reveal any information on the subject. This approach of Delhi University runs contrary to the alacrity it showed while coming to the prime minister’s defence when Delhi chief minister Arvind Kejriwal had first sought the details of his educational qualification.

Treating Kejriwal’s letter in the matter as an RTI application, the CIC had directed the PMO to give Modi’s roll numbers to the universities so that they could find out the details of his degrees.

“Not prescribing the education (degree based) qualification for contesting electoral offices is one of the great features of Indian democracy. What is needed is education and not degrees. However, when a citizen holding the position of chief ministership wants to know the degrees-related information of the prime minister, it will be proper to disclose. The commission directs the Central Public Information Officers (CPIOs) of Delhi University and Gujarat University to make best possible search for the information regarding degrees in the name of ‘Mr Narendra Damodar Modi’ in the year 1978 (graduation in DU) and 1983 (post-graduation in GU) and provide it to the appellant Mr. Kejriwal as soon as possible,” the CIC order had said. 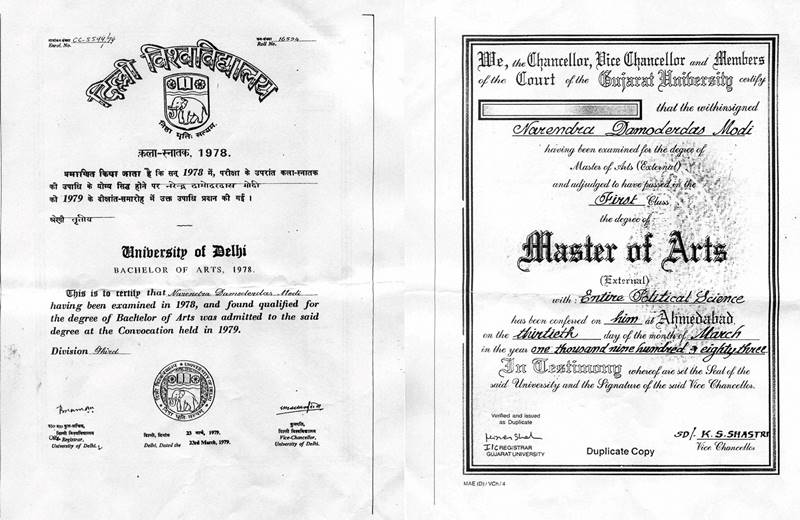 Narendra Modi’s degree was authenticated by Delhi University a year ago. Credit: PTI

The Delhi University had, only a day earlier, authenticated Modi’s degree. Gujarat University had stood by the authenticity of his MA degree in ‘Entire Political Science’.

The Delhi University registrar had then stated, “We have checked our records and it has been authenticated that Prime Minister Narendra Modi’s degree is authentic. He cleared the examination in 1978 and was awarded the degree in 1979. We would like to state that Narendra Damodardas Modi had qualified for the degree of Bachelors in Arts. His enrolment number was CC 594/74 and his examination roll number was 16594.”

What’s there to hide?

The commission noted that the high court too had in January 2017 stayed the CIC’s order of December 21, 2016, directing DU to provide the result of all students who appeared for the Bachelor of Arts, year 1978 with roll no., name of the students with father name, marks and result pass or failed.

Prasher said the high court, while granting the stay, placed reliance on the apex court judgement of 2011 in CBSE vs Aditya Bandopadhyay & Others. The CPIO also stated that the case was the same as the information sought was part of information the providing of which had been stayed by the high court. This contention was accepted by the commission while disposing of the appeal.