The editorial cited the "apparent failure of the BJP to revitalise the organisational structure at the grassroots level after 2015" as a reason for its defeat in the Delhi polls. 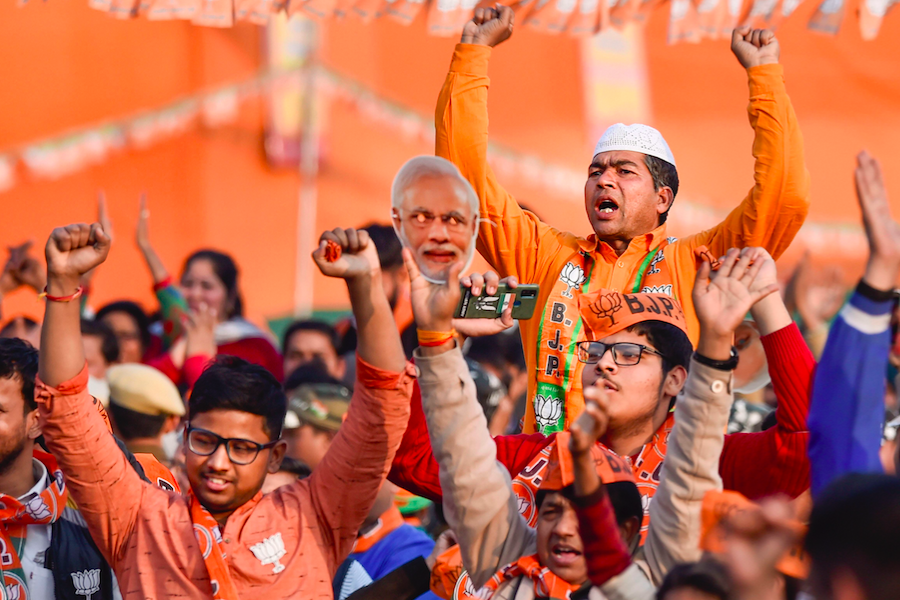 New Delhi: In the run-up to the recent Delhi assembly elections, several residents of the city received phone calls from the BJP’s campaign team, seeking their votes in support of Narendra Modi.

Soliciting votes in the name of Modi has been the party’s strategy whenever it has failed to project a chief ministerial candidate to take on the incumbent of an opposition party or when it wishes to offset the anti-incumbency of a BJP chief minister.

After the failure of this tactic in the recent Delhi polls, Organiser, the mouthpiece of the BJP’s ideological parent, the Rashtriya Swayamsevak Sangh (RSS), has stated, in a recent editorial, that the party “can’t always” depend on Modi and the other top leader Amit Shah “to help out in the assembly level elections.”

“There is no option but to rebuild the organisation in Delhi to address the local aspirations of the masses is a clear message (from the Delhi voters)”, the editorial titled “Delhi’s divergent mandate” and published on February 17, said.

What is noteworthy is that the write-up, signed by its editor Prafulla Ketkar, said the “answer” to pull off an electoral success for the BJP in Delhi in the future would be to closely look at the “changing character of Delhi, its population and aspirations”.

“Traditionally, in Delhi, BJP always had a solid vote base since its Jan Sangh avatar, it continues to have it. The increased numbers of migratory population, residing in slums became the major vote-bank for Congress with concessional policies. Since the emergence of AAP, besides the traditional middle-class vote of the Congress, this entire slum-dwellers vote was transferred to the new party that emerged out of the anti-corruption movement.”

It further said, “Though the BJP tried to respond back by legalising about 1700 unauthorised colonies benefitting about 40 lakh people, the apparent failure of the BJP to revitalise the organisational structure at the grassroots level after 2015 and building up of the campaign on in the last leg of the elections were the two major reasons for defeat in the well-fought-out battle”.

While some have criticised AAP for resorting to ‘soft Hindutva’ during the campaign and Kejriwal for avoiding visiting the anti-CAA protesters at Shaheen Bagh, the RSS mouthpiece accused the party of “effectively using” it “without directly getting involved in it”.

“How far his chanting of Hanuman Chalisa was genuine?” the editorial asked.