Vadra's hint that he could contest the Lok Sabha elections will be music to the BJP's ears and will buttress it allegations of corruption against the Gandhi family. 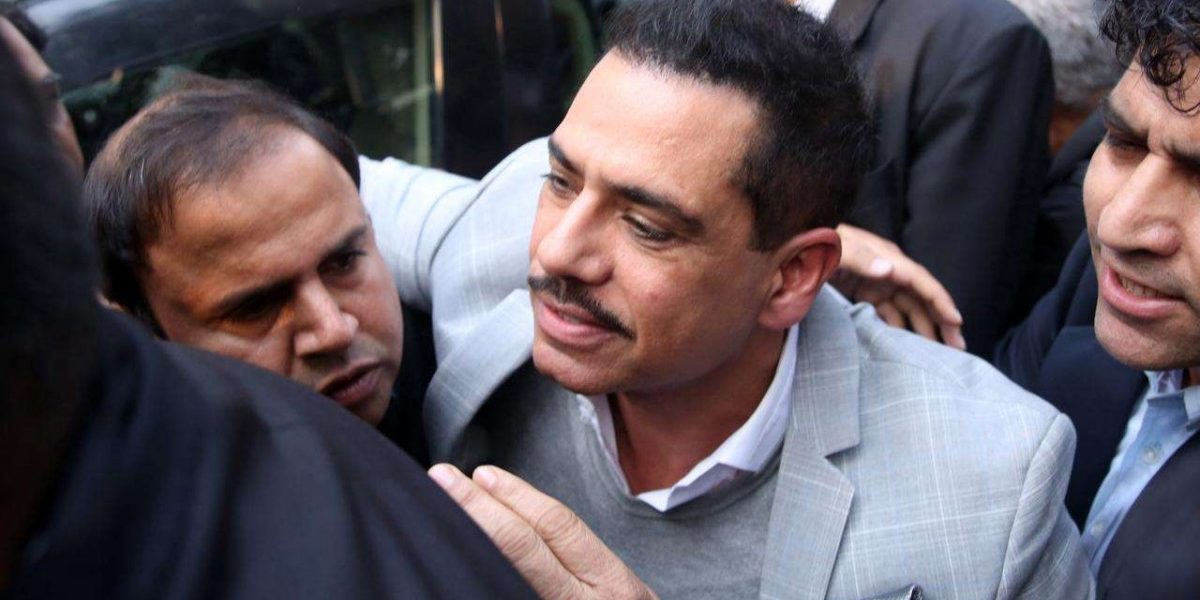 Just months ahead of the general elections, the Gandhi family faces a nagging dilemma: pressure from Robert Vadra to enter active politics.

Vadra’s desire to enter politics is hardly a secret. The Gandhi family’s palpable resistance to it is also evident. Vadra is a soft target and his political entry will only delight the BJP.

After Vadra hinted that he could contest in the election, posters have cropped up in his hometown of Moradabad, welcoming him as a Lok Sabha candidate. Union law minister Ravi Shankar Prasad, reacting to his speculated entry, said “Vadra could be important for the Congress but, we would not like to glorify him by reacting to it.”

After Priyanka Gandhi Vadra was appointed as the Congress party’s general secretary, it was only a matter of time before Robert Vadra followed. I asked Vadra if he planned to contest the general elections from Moradabad. Vadra said, “All in time. I will start working on it. But no hurry, as I have to earn it and people need to feel I can make a change.”

This means two things: clearly Vadra is extremely keen to enter politics but he is still hedging his bets by not saying that he will be the Congress’s Lok Sabha candidate from Moradabad.

Even the fevered speculation set off by Vadra’s hints is music to the BJP’s ears. Narendra Modi’s 2014 campaign hinged around the promise to jail the “damaadji” (son-in-law) for various cases of alleged corruption in land deals.

Vadra, a controversial businessman, is facing several probes by the Enforcement Directorate for money laundering. Soon after Priyanka Gandhi’s entry into active politics, Vadra was summoned, along with his septuagenarian mother, by the ED.

Vadra has repeated that he is a victim of “political vendetta”. Both Sonia and Rahul Gandhi, while being sympathetic to Vadra’s claims, are extremely reluctant to give him a political role. They realise that if Vadra’s political presence will amount to an own goal for the Congress and buttress the BJP’s charges of a corrupt family-dynasty ruling the roost.

With the elections around the corner, neither the Congress nor the opposition can afford Vadra’s entry into politics. On Sunday, the Congress sought to downplay a Facebook post in which Vadra hinted at his political debut.

In 2012, Vadra conducted a large motorcycle rally in Uttar Pradesh. It was abruptly halted after it came under severe criticism and ridicule. This time around, he appears much more determined. While he is the political baggage that the Gandhi family would like to jettison, the BJP will be rubbing its hands in delight.