India's downgrade has been attributed to the "strengthening of right-wing Hindu forces in an otherwise secular country". 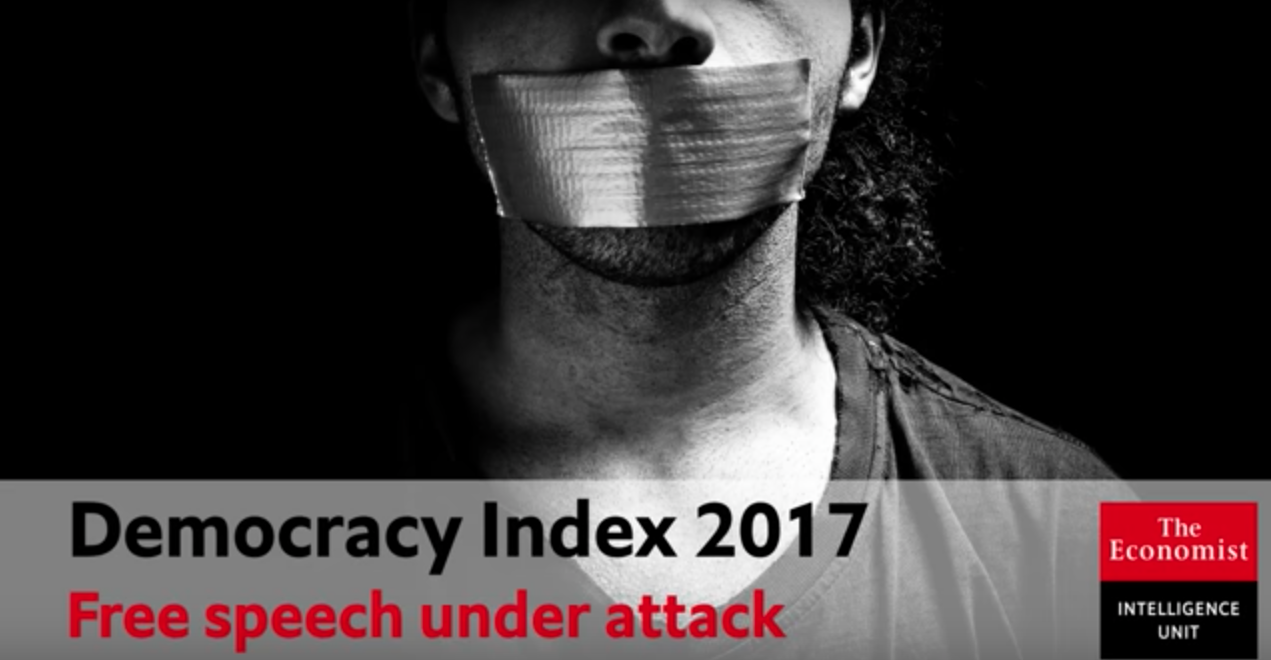 At a time when the political discourse on how essential dissent is for a democracy has become a mainstay in conversations, India has slipped to 42nd place from 32nd on the Economist Intelligence Unit‘s annual Global Democracy Index and remains classified among “flawed democracies”.

While Norway has again topped the list, followed by Iceland and Sweden, India’s downgrade has been attributed to the “rise of conservative religious ideologies”.

“The strengthening of right-wing Hindu forces in an otherwise secular country led to a rise of vigilantism and violence against minority communities, particularly Muslims, as well as other dissenting voices,” the EIU added.

This year’s report which also measured the state of media freedom around the world noted that in India, media is ‘partially free’.

Moreover, journalists are at risk from government, military and non-state actors and radical groups, and the threat of violence has a chilling effect on media coverage.

The 2017 edition of the Democracy Index records the worst decline in global democracy in years. Freedom of expression is facing new challenges from both state and non-state actors, and is a special focus of this year’s report. Download now to learn more: https://t.co/op5DNjaJsB pic.twitter.com/E5lqq82aPr

“India has also become a more dangerous place for journalists, especially the central state of Chhattisgarh and the northern state of Jammu and Kashmir. The authorities there have restricted freedom of the press, closed down several newspapers and heavily controlled mobile internet services,” the report reads.

“Several journalists were murdered in India in 2017, as in the previous year,” it noted.

The Economist Intelligence Unit’s Democracy Index is based on five categories: electoral process and pluralism; civil liberties; the functioning of government; political participation; and political culture. Based on their scores on 60 indicators within these categories, each country is then itself classified as one of four types of regime: full democracy; flawed democracy; hybrid regime; and authoritarian regime.

New Zealand is at fourth and Denmark at fifth place, while others in top-ten include Ireland, Canada, Australia, Finland and Switzerland.

The US (ranked 21), Japan, Italy, France, Israel, Singapore, and Hong Kong have also been named among “flawed democracies”.

In fact, there are only 19 “fully democratic” countries in the world and nearly all of those countries are based in Europe with the exception of Australia, New Zealand, Mauritius and Uruguay.

Fifty-seven other countries deemed as “flawed democracies” account for 44.8% of the world population.

Only top-19 countries have been classified as ‘full democracies’, while the hybrid regimes include Pakistan (110th), Bangladesh (92nd), Nepal (94th) and Bhutan (99th).

North Korea is ranked the lowest at 167th, while Syria is a notch better at 166th place.

The EIU is the research and analysis division of the UK- based media behemoth The Economist Group. Created in 1946, the EIU describes itself as having over 70 years of experience “in helping businesses, financial firms and governments to understand how the world is changing and how that creates opportunities to be seized and risks to be managed”.