'Those Who Throw Ink Have Become Party Spokesmen, Those Who Use Ink Are Propagandists'

Ravish Kumar on the dismal state of Indian politics and journalism 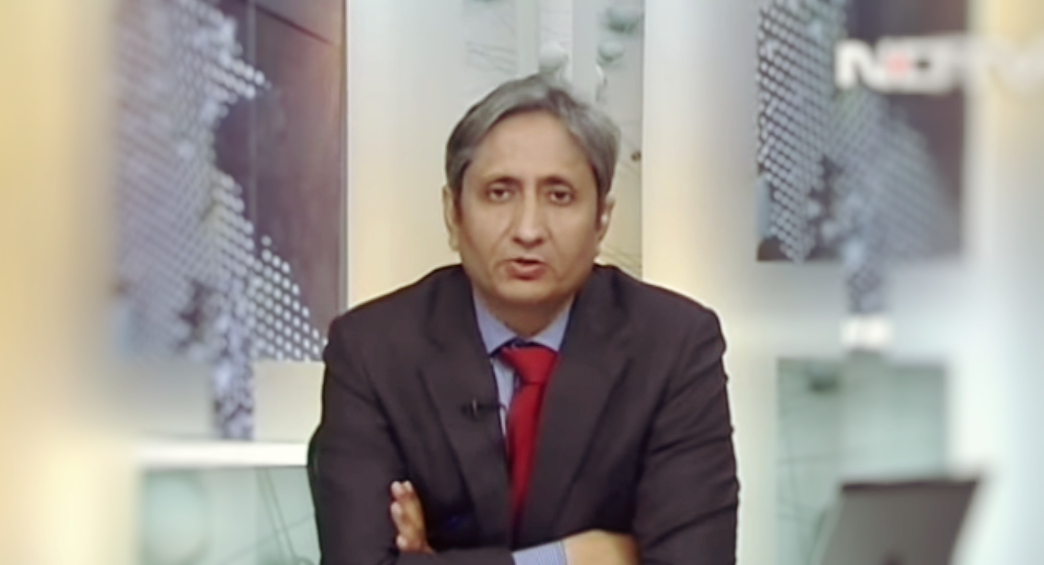 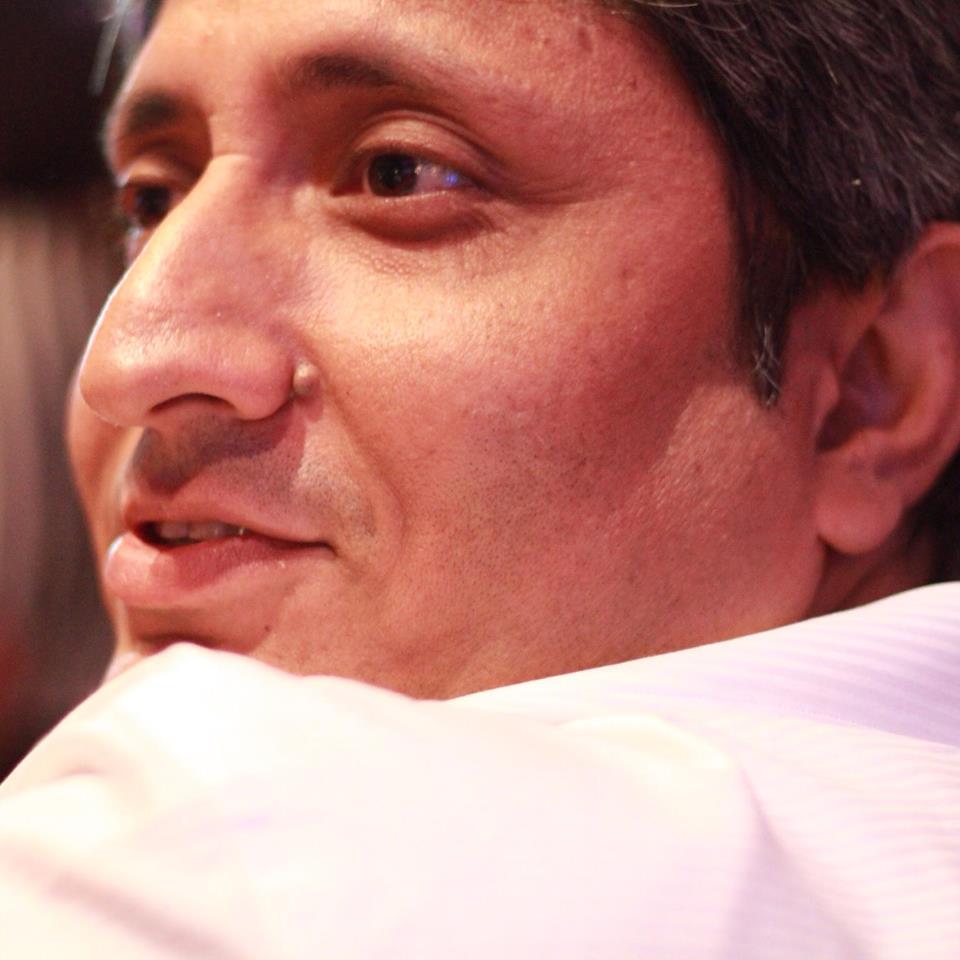 NDTV anchor Ravish Kumar was on Sunday, March 19, awarded the inaugural Kuldip Nayyar Award for Journalism in recognition of his “outstanding journalism”.

His speech at the ceremony has been reproduced here, translated from the Hindi.

It is somewhat amusing to be felicitated in times that are being seen as contemptuous across the world. It is like watching a wall-clock which is still ticking even though clocks that made ticking sounds fell silent decades ago. And so we lost the ability to sense time through mild sounds. Therefore, we are failing to judge the times we are currently living in. The current times feel like sitting in an examination hall that is constantly being raided by vigilante groups or flying squads – invoking and reinforcing the feeling that there is a culprit inside us that will certainly be caught redhanded in time. We are being searched repeatedly. Those who speak their minds freely have trolls set on them.

A chill runs down the spines of those present in this ‘examination hall’ whenever a new raiding party visits. And a fear of being implicated falsely – without having committed any crime – takes over. These groups have frightened more innocent people than they have caught wrongdoers. In this era of debates about fake degrees versus genuine degrees, it is the third degree which has made a comeback in various forms. The news anchor is the new centre of power in our times. He freely lashes out at those who speak differently from him. It is a crime to hold an opposing view. To present an alternative opinion is a serious crime, to present facts is scurrilous and to be truthful is sinful. First television only held our evenings captive and now these ‘police-stations’ continue their operation throughout the day.  You have selected a news-anchor for the first award – this is proof enough that those who are ready to take risks still survive. There still are people who are ready to risk another defeat. Although their survival may be an illusion, I am still grateful.

Thank you Gandhi Peace Foundation. I am conscious of the fact that this award has been created by the sweat of journalists. Receiving anything from my seniors in the profession is like bakshish to me. Its like having my prayers answered. We all revere Kuldip Nayyar sahab. Millions of people have read you. You have lit candles at those borders in whose name hatred and venom is spread every day. In fact, how many of us are even talking of love? I doubt whether people still think of love. We no longer start our mornings with the rising sun – instead, we begin our day by checking good morning messages on WhatsApp. It seems like soon the world will start believing that the sun rises on WhatsApp. Soon, we are going to prosecute Galileo once again and this time we will get to watch it via live telecast.

Anupam Mishra is not amongst us anymore. We have accepted this truth just like society seemed to have accepted his non-existence even during his lifetime. I wish I had received this award when he was around, perhaps even from him. Whenever I feel a fresh breeze or see a wave of fresh water, I remember Anupam Mishra. He has left us a language that can help save us a lot of things. For that, however, it is important that we clear our souls. The purity within us has been blotted by filth. We must attempt to refine our thoughts and our language, just like Anupam Mishra. We will not be able to stand up without brushing off the layers of dust that are covering us.

This is a phase of discovering possibilities. We are continuously on the lookout for new and remaining possibilities, and the people who continue to cherish and safeguard these new hopes and possibilities. However, these hopes and possibilities are now fading away. In the midst of this, our hopes seem to be growing lonely. How long can we survive – this question is bothering us all. But we have forgotten how to live meaningfully even for the time that we are around. In such a scenario, there is a need to rekindle our energies and passions. Hone your questions. Question the political groups you relied on. Those groups have broken our trust. Also question those in whom you do not have any faith. Our communication with other people in our society has completely broken down. Today’s society pins all its hopes on political parties to bring about change. The society now knows that it is only the politically powerful who can bring about pleasant or dangerous transformation. It is because of this that people do not step back from pinning hopes in political parties. People continue to take this risk. Political parties fail them every time, but the people still place their bets on them the next time.

Political parties have witnessed a constant decline as various members have left them to pursue other directions. These are people who no longer see politics as an instrument for bringing about social change. The absence of such people in political parties has led to a decline in the parties’ morality. There is a need to restructure and reshape political parties. Please set aside your inner contradictions. We’ve seen them enough for the past thirty-forty years. Leftists, Gandhians, Ambedkarites and Socialists –  they have all left their mainstream political formations. With their departure, mainstream politics has lost its sense of alternative politics. Return to those parties and take over these organisations. Forget the past. Work hard for a new politics. It is a good time to recognise our helplessness and cowardice. These dark times are the right occasion for us to assess ourselves by being brutally honest.

I am being awarded for my journalism. It gives me immense pleasure to tell you that there is no crisis in journalism today, if you thought there was one. All the editors – from the capital city to those in small districts are very happy to be swept away by the ideological storm of a particular party. However much we criticise them, we also need to accept that they are extremely happy. It is only now that they feel accomplished as journalists. The media had made incessant efforts for the past fifty-sixty years to merge with political entities. Hotels, malls, mining leases and the different licenses they procured could not satiate their hunger. Their souls remained unfulfilled. Now, they have attained peace. Finally, the media’s dream of being a part of power politics has been fulfilled.

Indian media is currently state of ecstasy. There was a time when people spoke of finding a stairway to heaven; today they have found heaven on earth. The stairway is no longer needed. If you do not believe me, please go ahead and have a look at any newspaper or watch any news channel. You will be overwhelmed by the media’s love for and loyalty to one particular political agenda. Only when you appreciate the bliss they have attained after decades of desperation, will you take your pain less seriously. Never before have these decked-up anchors looked so handsome. Nor have the female anchors praising the government looked as beautiful, ever before. Journalists are also the government now.

If you intend to fight, fight the newspaper and television. Let go of your stubbornness to salvage journalism. Journalists themselves do not want to be saved! The few who are left can be evicted easily. How would the survival of any individual journalist help the situation? Organisations as a whole have been communalised. Journalism is spreading communalism in India. It is thirsty for blood. It will make the nation bleed one day. It may not appear to be very successful in promoting its agenda today, but we cannot ignore its efforts. Thus arises the need for us to deliberate upon this with anyone and everyone we come across. Newspapers and television channels have become branches of political parties. Anchors now wield more power in political parties than the general secretaries of these parties. Until one fights these new political formations, alternative political ideas cannot take shape. They have also managed to hegemonise the minds of people in such a manner that many now ask me why I question things. Those who throw ink are being appointed spokespersons and those who write with ink are only indulging in propaganda. Contemporary journalism is the contemporary propaganda.

But how can we overlook journalists who are making efforts to safeguard possibilities? While these possibilities will eventually fade, their legacy will empower us in the future. Whenever these journalists – tired of sycophancy or humbled by betrayal – wake up from their slumber, it is these cherished hopes and possibilities that will save them.  That is why I insist that we cherish our hopes and possibilities. Refrain from seeing these times through a prism of hope or failure. We are on a railway-track where the giant engine is just before us and there is no way to run away or save ourselves. Neither hope nor failure is an option. It is time to throw yourself into work. We are running short of time and its pace is very fast.

Translated from the Hindi by Ikshula Arora.