The Union minister's remarks in Bihar have baffled scores of migrant workers from the state who earn their livelihood in the agricultural fields of Punjab. 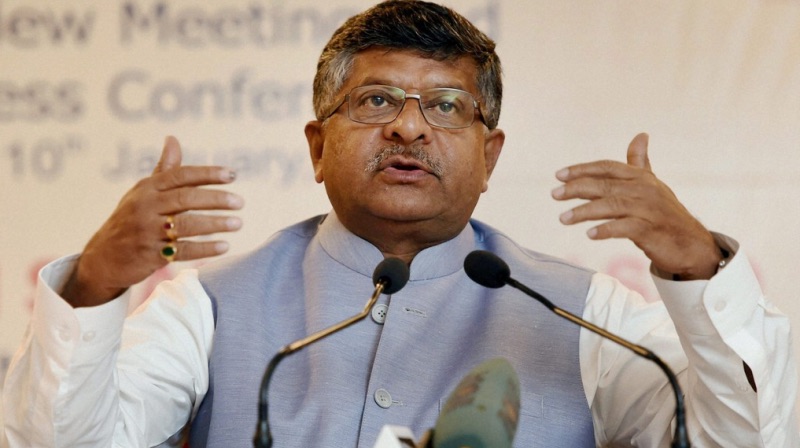 Patna: Union minister Ravi Shankar Prasad’s remarks that stern action would be taken against the “tukde-tukde” gang allegedly using the farmers’ agitation to “break the nation” have baffled countless migrant workers from Bihar who have made Punjab their second home to earn a livelihood.

The Union law and justice minister at a ‘Kisan Choupal’ in Bakhtiarpur, Bihar, on Sunday, said, “Tukde-tukde gang is using the shoulders of farmers to fire on the country’s unity and integrity. How come demands are raised to free those behind bars for rioting in Delhi and Maharashtra? Strong action will be taken against them.”

Incidentally, Bakhtiarpur is home to Bihar chief minister Nitish Kumar, and the BJP had organised the Kisan Choupal as a part of its outreach to build a counter-narrative against the ongoing farmers’ protests.

“What is the minister (Ravi Shankar Prasad) is talking about? We are ready to lay down our lives in support of Punjabi farmers. We will live and die while fighting shoulder to shoulder with our Punjab brethren subjected to tyranny by the Narendra Modi government,” says Dipak Sahu, a resident of Koilwar in Bhojpur district of Bihar who runs a provision store at the Law Gate near Lovely Professional University in Punjab’s Kapoorthala district.

Sahu has built a house at Narangshah village near Phagwara in Punjab. Three of his brothers and at least 30 of his relatives and friends from his village work on the streets and farms of Chaheru, Maheru, Hardaspur and other villages in and around Jalandhar and Phagwara. They are involved in a variety of jobs including selling vegetables, washing clothes, building houses, farming and pulling carts.

According to the census report of 2001, Ludhiana district alone is home to 73,383 migrant workers (rural and urban) from Bihar, who constitute 15% of the areas’s workforce. There is no clarity in the 2011 census report regarding the breakup of Bihar’s migrants in various districts of Punjab, and there is also no study available to give the exact number of migrant workers working in Punjab.

But anecdotal accounts suggest a large majority of the 29 districts in Bihar are home for the agricultural and manual workers who serve in the fields and small-scale industries in Punjab. 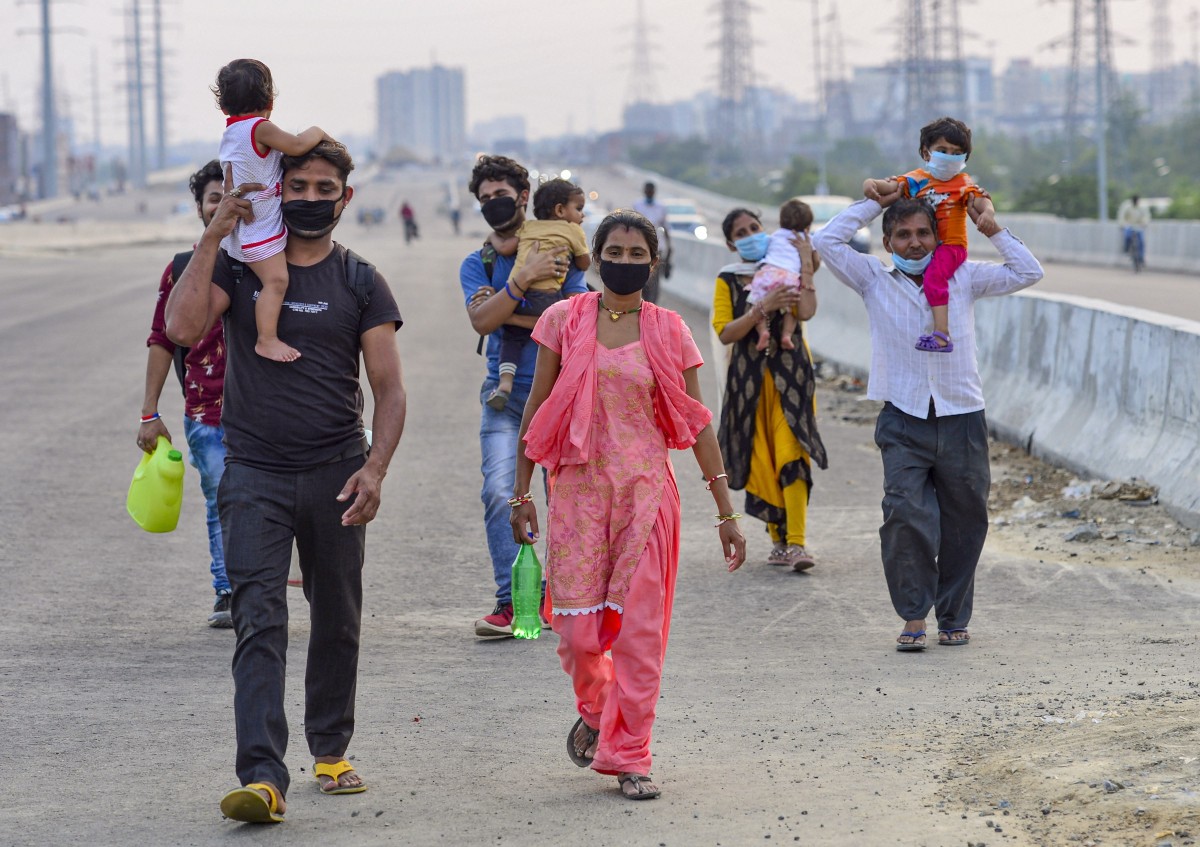 “We have the Pravasi Sangathan, a forum to represent migrants from Bihar and eastern Uttar Pradesh. Pravasi Sangathan members have resolved to participate in the farmers’ stir in whichever manner required. We are not here to accept Ravishankar’s nonsense or anyone speaking against the farmers’ movement,” says Sahu, who is also a functionary of the forum.

Also read: Home Ministry Reiterates That It Has No Information on Any Group Called ‘Tukde Tukde Gang’

“Ravi Shankar should mind his language when speaking. Instead of discussing the clauses on which all the non-BJP parties across the country and farmers at large have objections, he has virtually abused the organisations agitating against the Narendra Modi-led dispensation, which is out there to sell the nation to its friendly business houses. As a law and justice minister, he should be ashamed; instead he is attacking the protestors protesting to save their agricultural economy,” Tiwary said.

The RSS-BJP IT cell and the media working in its favour have relied on a slogan used against student protestors at Jawaharlal University (JNU) in 2016 to criminalise Kanhaiya Kumar, Umar Khalid, Anirban Bhattacharya, Shehla Rashid, Rama Naga and other protestors. 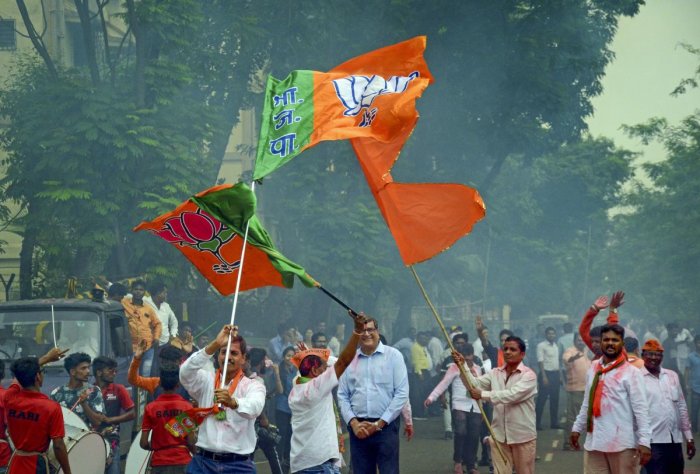 Over the years, the BJP IT cell has employed various labels to delegitimise the dissent voiced by protestors against the Narendra Modi government. Photo: PTI

The then Union home minister, Rajnath Singh, alleged that these protestors had links with terrorists from across the borders. While the prosecution has failed completely to prove what Singh alleged, RSS-BJP functionaries and the BJP IT cell operatives have been using the “tukde-tukde” jibe against civil society to defame any kind of protest against the government.

An alumnus of JNU and CPI-ML-Liberation MLA from Paliganj, Sandip Saurabh, said, “The RSS-BJP trolls initially used the tukde-tukde jibe to tarnish the image of JNU but now they are using it to criminalise the whole civil society, which is against the government.”

He added, “It is not only against the farmers or students. The entire lot in the Narendra Modi-led dispensation has turned into trolls to abuse the citizens raising their voice against the government. We are working hard among the people – particularly the young generation – to make them understand the divisive agenda of the RSS-BJP and fight it to save democracy and constitution.”

In fact, Kanhaiya Kumar after graduating from JNU (2016–17) turned into a full-time CPI leader, contesting elections as the party’s candidate from Begusarai in 2019. He intensively campaigned for RJD-Congress-Left Mahagathbandhan candidates in the November assembly elections, attacking the Sangh parivar’s “pro-corporate and divisive” agenda.

He has apparently emerged as quite a popular face in the Bihari hinterland, among farmers and peasants who find it hard to accept Prasad’s description of ‘tukde-tukde’ gang employed against farmers critical of the Modi government.

Prasad has never been a grassroots leader, and thus his sensitivity to issues concerning the common people is limited. Son of a senior RSS-Jan Sangh functionary, the late Thakur Prasad, Ravishankar Prasad studied law at Patna University, and forayed into RSS-ABVP politics early in life.

Moulding himself as a Hindutva voice, he went to the Rajya Sabha in the 1990s. He worked on the Babri Masjid-Ram Janmbhoomi case as a lawyer and earned the loyalty of the Narendra Modi-Amit Shah duo, and was later rewarded and made the Union law and justice minister.

The grapevine has it that he is, of late, projecting himself as an aggressive Hindutva voice to be in the good books of Modi and Shah, to keep his position in the government and party secure. As a reward, the duo preferred him as the Patna Sahib candidate over Shatrughan Sinha in the 2019 general elections.

The last public statement that RJD supremo Lalu Prasad Yadav had made before going to judicial custody in December 2017 was in support of intellectuals, writers and civil society activists put behind bars. 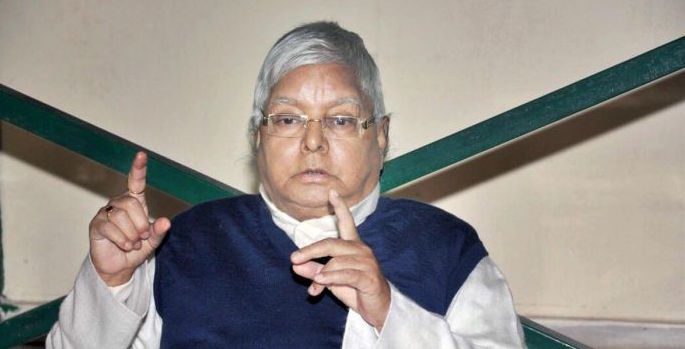 “The Centre has subjected intellectuals, writers and activists to great injustice by putting them behind the bars. I strongly oppose it and demand the government free them,” Lalu had said.

Sudha Bharadwaj, Varavara Rao, Stan Swamy and many other academics and civil society activists have been languishing in jails for voicing dissent. Lalu has been barred by the court from making public statements after going to jail three years ago, but his party has been supporting the farmers’ stir.

What has surprised Nitish Kumar’s old friends is that the BJP chose Bakhtiarpur – the chief minister’s home, where he grew up as a socialist – to launch its Kisan Choupal, and then Prasad went on to use the ‘tukde-tukde’ ridicule to delegitimise the farmers protest.

“The BJP is using this symbolism to annihilate what Nitish has stood for,” says Shivanand, Nitish’s old socialist associate.

That such a mockery of farmers and agriculture takes place in villages of Bakhtiarpur – where the soil is good for producing pulses, paddy, wheat and vegetables in abundance – is rather disturbing.

Nalin Verma is the author of Gopalganj to Raisina: My Political Journey, Lalu Prasad Yadav’s autobiography. He has also authored The Greatest Folk Tales of Bihar.