'Ram's Place Is Not in the Open': Ayodhya Priest Opposes Adityanath's Statue Plan

"You very well know the condition of the statues of politicians. No one takes care of them. Nobody wants Lord Ram’s statue to meet the same fate.” 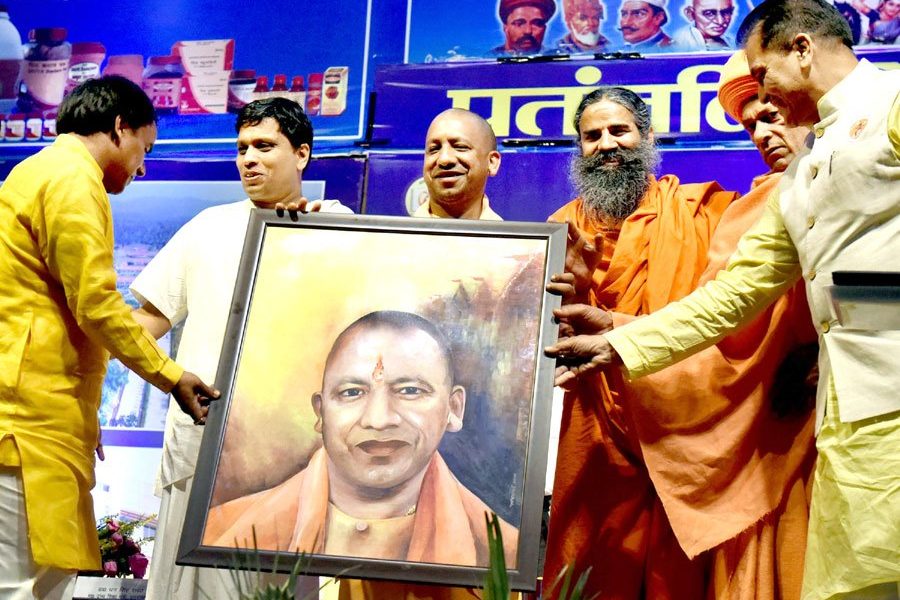 Adityanath and Ramdev holding a portrait of Adityanath. Credit: Twitter/@myyogiadityanath

New Delhi: The Adityanath government’s decision to install the tallest Ram statue in Ayodhya – details of which are supposed to be announced during Diwali celebrations in the town – has not gone down well with Mahant Satyendra Das, head priest at the makeshift temple at the disputed Babri Masjib-Ram Janmabhoomi site.

According to the Hindustan Times, Das said, “Lord Ram’s place is in a temple and not in the open. The Lord’s statue in the open is not acceptable. Who is going to take care of the statue and perform daily puja of the deity?”

The priest has been performing prayers at the Ram Lalla statue at the makeshift Ram Janmabhoomi temple in Ayodhya for over 25 years, the newspaper reported.

The need, he continued, was not for the tallest statue, but one that can be well taken care of and is covered by a canopy.

Uttar Pradesh chief minister Adityanath is likely to detail his plans for the temple while visiting Ayodhya on Tuesday or Wednesday, to celebrate Diwali. He will be accompanied on his trip by South Korea’s first lady Kim Jung-Sook.

While the general plans to build a statue had been announced last year, no specifics have been laid out. This has led to speculation, with NDTV reporting that there are rumours will be taller than the Statue of Unity of Sardar Patel in Gujarat. The Patel statue cost more than Rs 2,900 crore.

Even before Adityanath reignited talk of the Ram statue, Ayodhya has been making headlines again in the last few days as Sangh parivar and Bharatiya Janata Party leaders have demanded that the government pass a legislation to allow a Ram temple to be built at the disputed site, even as the matter is pending before the Supreme Court.