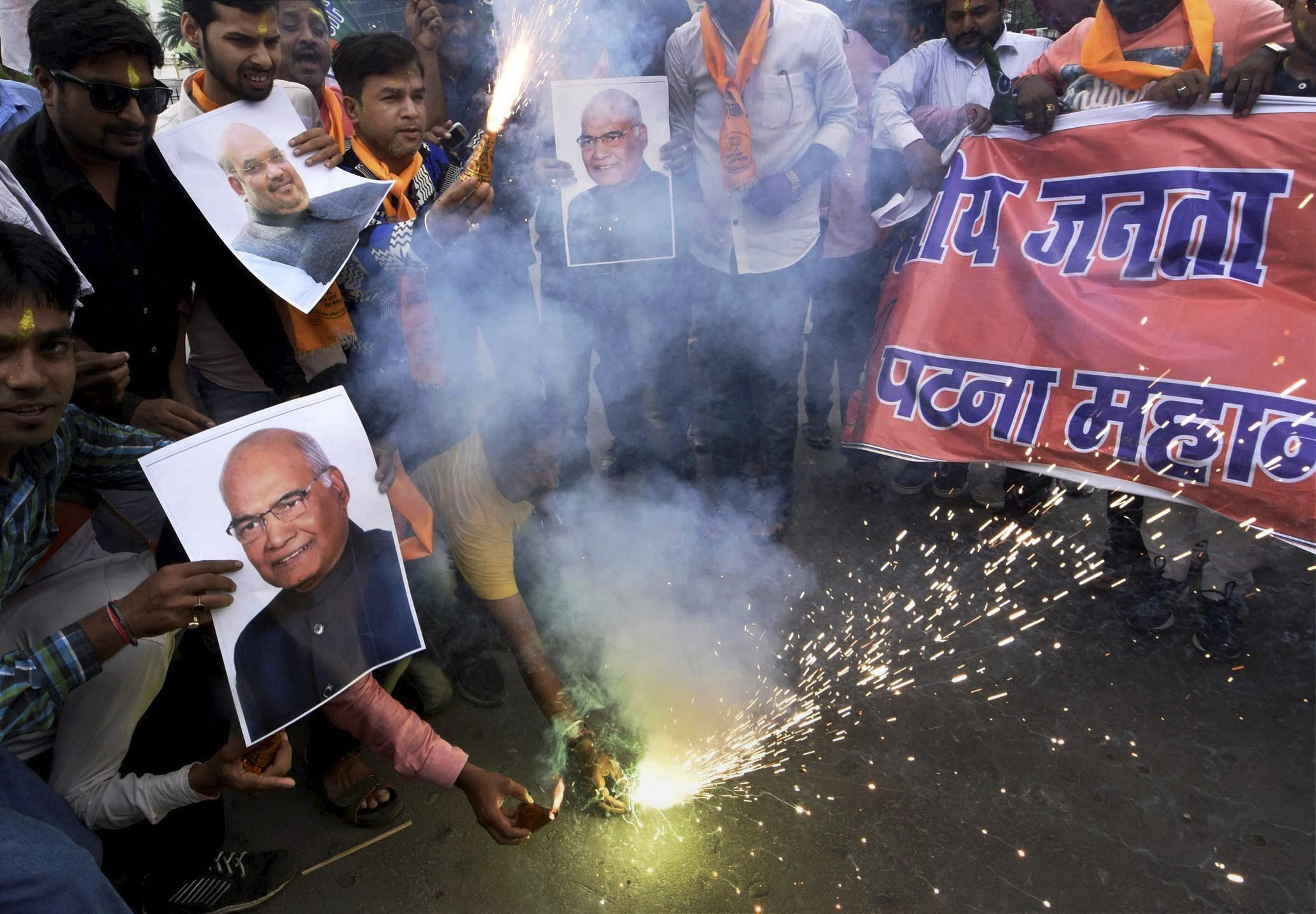 New Delhi: Former governor of Bihar and NDA nominee Ram Nath Kovind was today declared the winner in the election for the 14th president of India. He defeated former Lok Sabha speaker and opposition candidate Meira Kumar by nearly 3,34,730 value votes in the polls, voting for which was held on July 18. Kovind is due to be sworn in on July 25, with incumbent President Pranab Mukherjee’s term expiring a day earlier.

While the outcome of the election between the two candidates was a foregone conclusion, with nearly 40 political parties backing Kovind, the opposition (comprising 17 parties) had termed it a “battle of ideology” and Kumar had repeatedly appealed to the electorate to vote according to their conscience.

The presidential election, in which the MPs and legislators in 31 states voted, witnessed an extremely high turnout on July 18. The Election Commission had stated that out of the 771 MPs who were entitled to vote, as many as 768 (99.61%) had cast their votes, while 4,083 out of 4,109 eligible MLA (99.37%) had exercised their franchise. 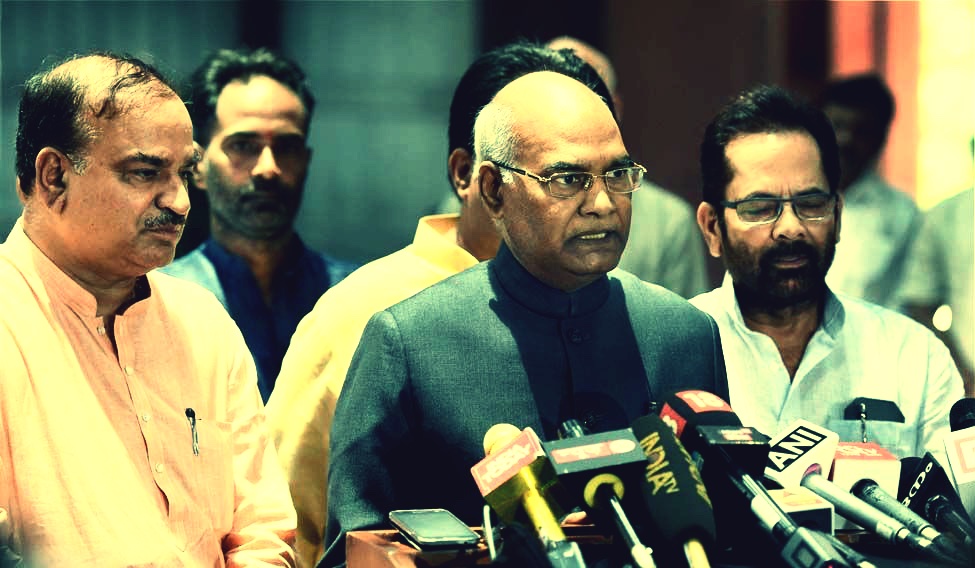 In the end, the opposition’s appeal for a conscience vote did not appear to have had much of an impact. While the counting of votes began at 11 am, from the very first round Kovind maintained a sizeable lead, in keeping with the overall strength of the NDA in the electoral college. By around 2:30 pm, Kovind had polled 1,389 votes with a value of 4,79,585 while Kumar had received 576 votes with a total value of 2,04,594. A little later, Kovind crossed the halfway mark.

Kumar maintained that she was “not upset” because of the results and still believed in the ideology she fought for.

People in Kovind’s native village of Paraukh in Kanpur district of Uttar Pradesh appeared to be in a celebratory mood from the start of the day. A number of his extended family members had gathered at his ancestral home there. Kovind, who visited Bangla Sahib Gurdwara in the morning, did not make any comment during the day.

As his lead gradually became a decisive one, the focus shifted to 10 Akbar Road, the residence of Union culture minister Mahesh Sharma, who had vacated it for Kovind after the latter was nominated NDA’s presidential candidate. It is in this bungalow that Prime Minister Narendra Modi, his colleagues and other leaders of the NDA are expected to felicitate Kovind in the evening, after he has collected his certificate of victory from the returning officer.

Congratulations to Shri Ram Nath Kovind Ji on being elected the President of India! Best wishes for a fruitful & inspiring tenure.

Gladdened by the extensive support for Shri Ram Nath Kovind Ji among MPs & across various states. I thank members of the electoral college.

I also congratulate @meira_kumar Ji for her campaign, which was in spirit of the democratic ethos & values we all are proud of.

20 years ago and the present…always been a privilege to know you, President Elect. pic.twitter.com/IkhnOtYf8N

The results also indicated cross voting in a number of states during the presidential poll.

Among the states which witnessed cross voting were Delhi, where a number of leaders have been suspended by the Aam Aadmi Party; and Uttar Pradesh where the Samajwadi Party faction led by supremo Mulayam Singh Yadav had pledged its support to Kovind, while the one led by his son and former chief minister Akhilesh Yadav had called for backing Kumar. There were also reports of cross voting in favour of Kovind in Goa and Tripura, while cross voting against him was reported in Gujarat.