In 2012, the BJP's presidential nominee testified in support of former BJP president Bangaru Laxman, who was eventually convicted of corruption.

In 2012, the BJP’s presidential nominee testified in support of former BJP president Bangaru Laxman, who was eventually convicted of corruption. 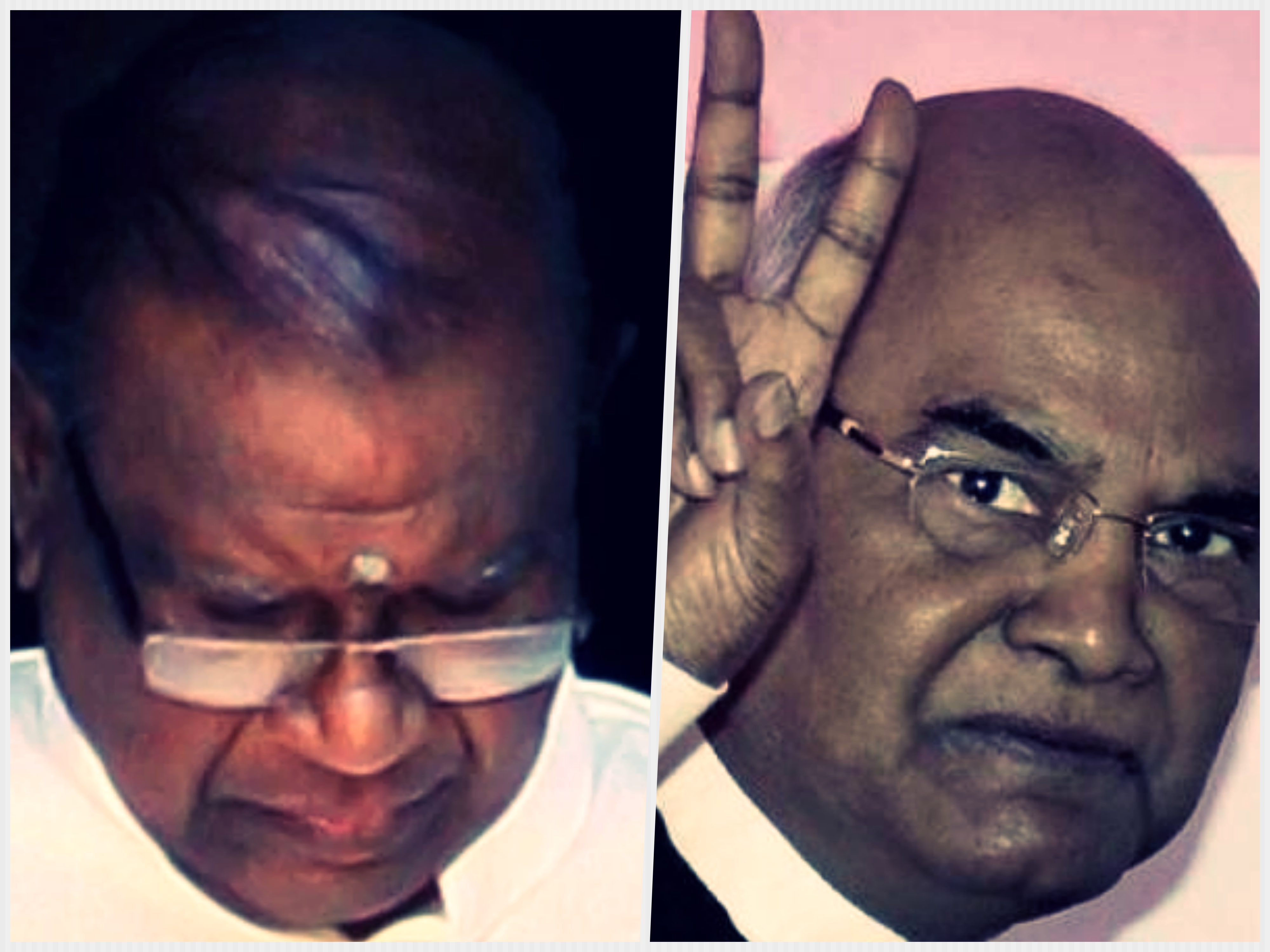 New Delhi: BJP insiders say that Ram Nath Kovind has been in the “good books” of the party’s top leadership, which explains his nomination as the NDA’s presidential candidate. However, Kovind’s past as a defence witness in the Bangaru Laxman corruption case is at odds with the BJP’s official position on corruption.

Laxman, who was BJP president at the time of a sting operation conducted by tehelka.com in 2001, was eventually found guilty under the Prevention of Corruption Act in 2012.

Summarising the offence as made out by the CBI, the court noted:

That accused Bangaru Laxman on 05.01.2001 had accepted illegal gratification of Rs.1 lakh from Mathew Samuel, as Chief Liasioning Officer of M/s Westend International and has further agreed to accept the balance amount of illegal gratification in dollars, as a motive or reward for exercise of personal influence on the the public servants working with Ministry of Defence, to show favor for award of a supply order in favor of the above mentioned company of HHTI’s to Indian Army.

In his testimony, Kovind told the court that he met Laxman after the Tehelka exposé was telecast and that the BJP president had said he had been “framed” in the case. Kovind said in court that he did not know if Laxman accepted the bribe of Rs 1 lakh, which the court did in fact find Laxman guilty of accepting. Summarising Kovind’s testimony, the court also noted: “He denied the suggestion that after the telecast, a meeting was held of Senior BJP Leaders and as damage control exercise, it was decided that this amount should be shown as party fund.”

Laxman was charged and tried following a sting-investigation by tehelka.com in 2001. The journalists involved in the sting were Mathew Samuel and Aniruddha Bahal.

In the sting, senior politicians from the BJP, bureaucrats and defence officers were seen accepting bribes by individuals posing as middlemen pushing for the sale of defence equipment to the Indian armed forces. The sting operation was subsequently broadcast by Zee TV. In their sting, a reporter posed as an arm dealer, and offered Laxman kickbacks for a contract to supply hand-held thermal imagers to the Indian army. The journalists filmed the interaction with secret cameras, including the handing over of one lakh rupees. A subsequent meeting was fixed with Laxman saying he would like to be paid in dollars. The CBI court said that “the method adopted by the Tehelka people may be objectionable, but their purpose was not.”

The scandal disrupted parliament for several months during the tenure of the Atal Bihari Vajpayee government. George Fernandes, the then defence minister, was forced to resign over the issue, as did Jaya Jaitly who was president of the Samata Party at the time. Mamta Banerjee, currently chief minister of West Bengal but then an ally of the BJP, pulled her party out of the coalition government.

The Vajpayee government constituted a commission of inquiry, headed, successively, by retired judges of the Supreme Court after the then chief justice, A.S. Anand, rebuffed the prime minister’s request for a sitting judge. The case was then handed over to the CBI for investigation, According to the evidence submitted through the sting operation, Laxman had eight meetings with the journalists who were claiming to be representatives of a defence company. Laxman was released on bail a few months after his conviction. He died two years later, in 2014.

In his trial, Laxman’s lawyers produced only two defence witnesses – an anthropologist and computer science graduate, Kartik S. Godavarthy, and Kovind. No one else from the BJP was prepared to testify on his behalf.

If he is elected, Kovind will be the seventh lawyer to serve as president of India. Currently he is also a member of the Supreme Court Bar Association. Before joining politics, he was a lawyer in the Supreme Court and Delhi high court. He became an advocate on record in the Supreme Court, in 1978. He was also standing counsel to the Central government between 1980 and 1993.

Note: The story has been edited to clarify that the Tehelka commission – for which the Vajpayee government wanted a sitting judge of the Supreme Court – was eventually headed, in succession, by two retired judges of the court.