Several people who worked in the industry say demonetisation and the GST crippled their business. 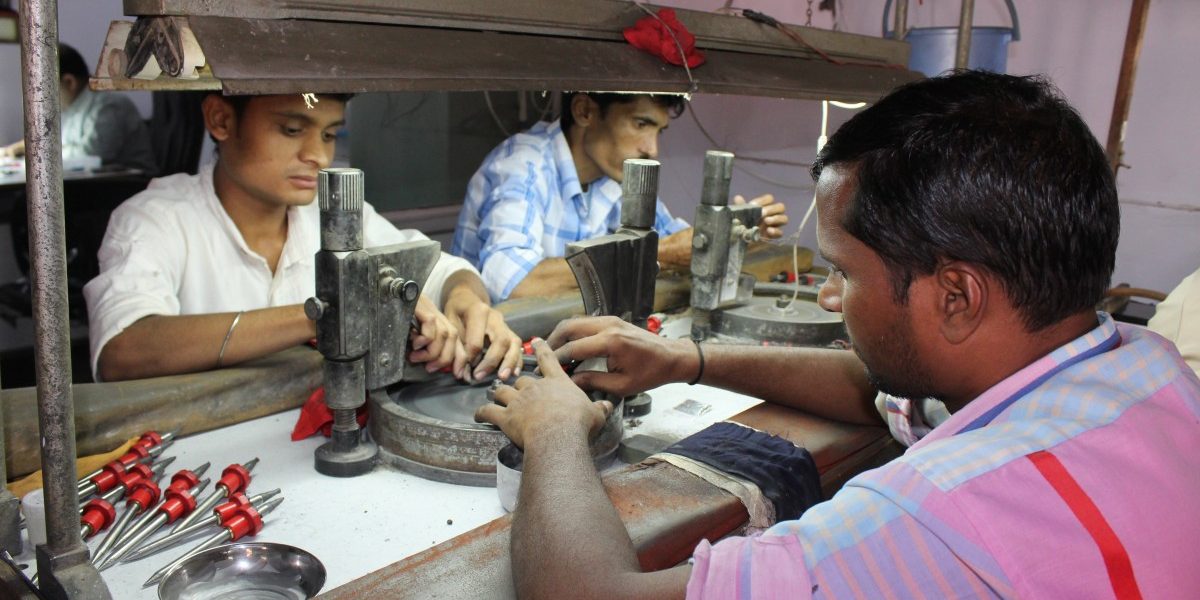 Jewellery workers in a Jaipur workshop.

Jaipur: However much the Bhartiya Janta Party (BJP) may wish to overlook the impact of demonetisation and the Goods and Services Tax on the unorganised gems and jewellery sector in Rajasthan, the workers and households who bore the brunt of the twin economic policies are resolute in their decision to vote the BJP out of power.

The once prosperous gems and jewellery sector works on processing imported raw material (rough) to be exported as finished stones. Apart from the organised gemstone cutting and jewellery factories, there is a sizeable cottage industry where households are involved in contract manufacturing. Pappu at his workshop in Benad.

After gathering experience in the field, many workers had set up workshops in their villages that generated employment for others. Even the women at home learnt the work to support the family businesses. The middlemen used to get raw material manufactured from these unregistered workshops to sell to the industries, keeping enough margin in between.

However, the sudden cash crunch post demonetisation and subsequent implementation of the GST has broken this chain. With a 0.25% GST rate on cut and polished diamonds and precious stones, the tax structure has pushed out the small players that existed for decades.

Pappu had five years of experience in this field before he decided to set up his own workshop at his home in Sitawali dhani in Benad. He spent all his savings to purchase three Israeli machines for gemstone cutting. His wife, Hemlata, also learnt the work to support their small business. 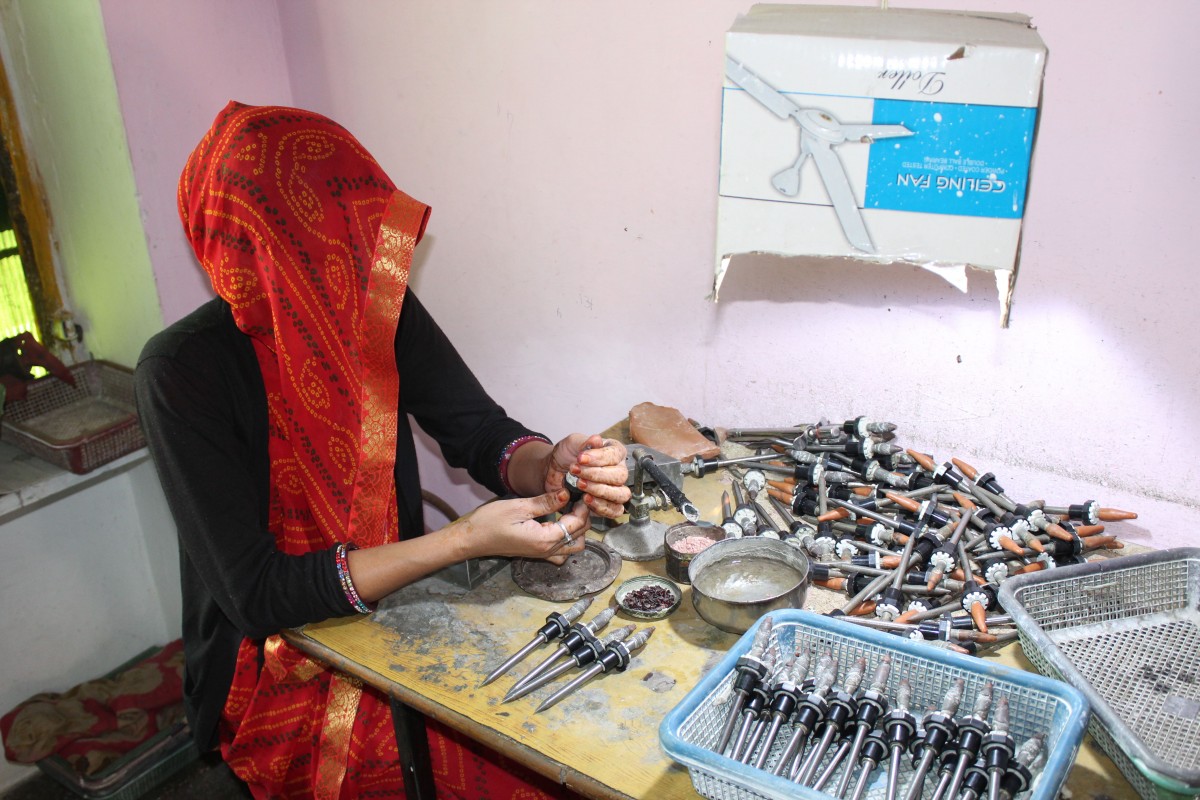 The business went on well for decades until demonetisation, when they were left with no cash in hand to support their business. Today, he and his wife are planning to sell the machines to start a something new.

“About 15 workers used to work in our workshop until a year ago, but slowly and gradually, everything fell out of place and we were not in a condition to pay them anymore. So they left. There is no work order now, we are thinking of a new business, but we barely know anything outside of gemstone cutting.”

Some have moved out of this field but are still struggling to reach the income level they had two years ago.

With his little savings, Kanhaiya Lal has started a grocery shop. He knows light fitting work also but is unable to put that to use as post demonetisation, even construction work has slowed down. “See, the machine that ran our house for decades is pushed aside to a corner due to just one decision of the government. At this age, who will give us jobs? We are not capable of learning anything new also.”

“On one hand, the government is not giving jobs to the youth; on the other, it’s snatching away the livelihood from middle-aged citizens. What do they want?”

Abdul Muqeet, owner of the Naeem Manzil complex in the Johari Bazar area in Jaipur, talks about how the manufacturing units have closed in the past two years and workers have been illegally thrown out of jobs. “Jewellery manufacturing businesses require steady cash. Many players couldn’t sustain the impact of demonetisation and GST happening one after the other and eventually left. In all this, the unorganised sector is the worst affected. I’ve seen many workers without any jobs.” Ranjit lost his job after demonetisation.

It’s been nine months now since Ranjit, a resident of the Dher ke Balaji area in Jaipur, lost his job. During all this time, he was called to work for just five days, when the jeweller got an order. “We are running our home on my mother’s pension and I’m not sure if I will get a job outside the jewellery sector.”

He has been in this field as a polisher for the past 20 years and says he doesn’t know anything else. “My work was going perfectly, I even purchased a motorcycle for myself. But now I’m struggling to arrange the EMI.”

Imran and Salim from the Pani-pech area in Jaipur, who lost their jobs post demonetisation, blame Modi for their plight. “We are going through all this just because Modi wanted to get back black money, but he took no account of poor people like us. We will never vote the BJP to power.”

Also read: Joblessness, Not Mob-Lynching, Is What Could Spell the End for BJP in Rajasthan

Interestingly, BJP has retained its sitting MLAs from the walled city that witnessed traders’ protests against the GST. Mohan Lal Gupta from the Kishan Pole constituency and  Surendra Pareek from the Hawa Mahal constituency have been given the tickets again. However, locals are holding a grudge against them for not standing with them during the protest.

“We closed the market for at least a month, but still none of the MLAs spoke in our support. When the Marwari lobby was demanding a reduction in GST rates, nobody paid attention, but as the Gujarati lobby came into the picture, the GST rates were immediately modified,” added Muqeet.

Ranjit lost his job after demonetisation.

People say the issues of the unorganised sector were not taken into consideration, statistically or otherwise. For others, the implementation of the GST is now being welcomed as a ‘cleanliness drive’ of the industry.

Speaking to The Wire, Rajesh Dhamani of the Federation of Rajasthan Trade and Industry said, “We were always an unorganised sector. With the implementation of the GST, the sector will experience some positive results.”

“No data on the domestic jewellery industry or the unorganised sector in this field is maintained. We only track the import-export data of the Indian gems and jewellery industry,” Nitin Khandelwal, chairman of the All India Gems and Jewellery Trade Federation told The Wire.

All photos by Shruti Jain.