Without taking names, the CLP members said with prima facie evidence of horse-trading and corrupt practices by Union ministers, not removing them from the cabinet is a "blot" on democracy. 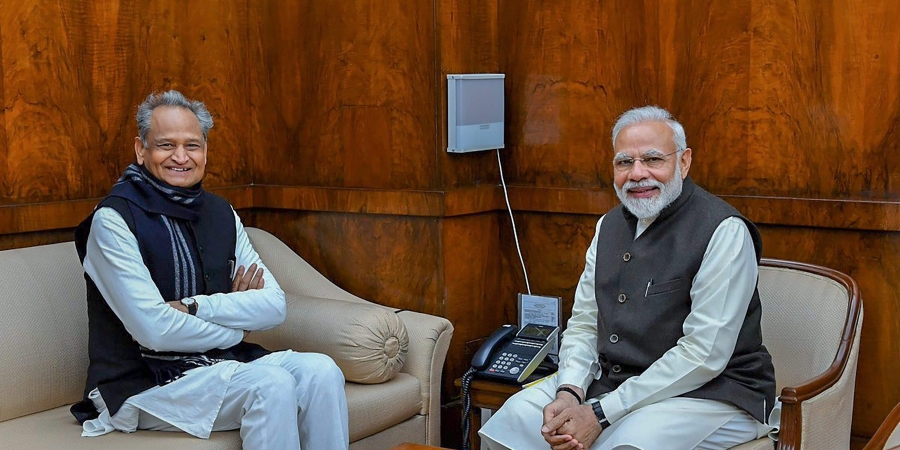 Jaipur: Rajasthan chief minister Ashok Gehlot on Monday said he has spoken to Prime Minister Narendra Modi to apprise him of the political situation in the state and he has promised him to get the matter seen.

Gehlot said he also wrote to the prime minister a few days back over the issue, even as the Congress Legislature Party (CLP) on Monday sent a memorandum to President Ram Nath Kovind, seeking his intervention to facilitate an assembly session in the state.

Apprising a CLP meeting of his talks with the prime minister, Gehlot said, I told him that I had written a letter to you and this is the situation. Governor behaved like this with us. The PM said that he will get the matter seen as if he did not know anything.

The chief minister said he also tweeted his letter to the PM to him so that when he meets him at any function, he does not say he did not know about it.

CLP members, meanwhile, claimed in the memorandum to President Kovind that the horse-trading of MLAs was on in Rajasthan to topple an elected government.

Governors of many states are “defying” the Constitution at the behest of the ruling party at the Centre without worrying about the dignity of their posts, they alleged in the memorandum.

A Congress leader apprised reporters of Gehlot talking to Modi after a meeting at a hotel here where MLAs are holed up following rebellion by Sachin Pilot against the Gehlot government.

Pilot has since been ousted as deputy chief minister and Rajasthan Congress chief.

The chief minister addressed the MLAs at the meeting after a Prarthna Sabha and it was attended by senior Congress leaders.

The Congress leader said a retired secretary general of Lok Sabha observed that it is for the first time in 70 years that the Governor has returned the Cabinet’s decision to convene an assembly session.

Previously, sessions have been called on short notices. Making seating arrangements is a tension of the Assembly and the Speaker and not of the Governor. You can understand why questions are being asked, a government statement said later quoting the chief minister.

What Governor wants is to delay as he cannot refuse. The more delay is done, it will be easier to break and take them in their camp through horse-trading. They do not have any other aim, the chief minister was quoted as saying.

The aim is to reduce the majority that we have today. He will call the session immediately after it reduces, he added.

As per the official statement, Gehlot said the 19 dissident MLAs know that they will have to vote in favour of the Congress once the Assembly session is convened and a whip is issued.

If they vote against the whip, their membership will be terminated, he pointed out.

It is in the hands of the Speaker. It is a right – to avoid action, the entire game is being played in the supervision of Delhi’s sultanate. So, they are delaying. How much they will be able to delay, it will be known soon, the chief minister said.

In the memorandum to President Kovind, the CLP members demanded his intervention and permit the state government to call an assembly session.

India is battling the COVID-19 pandemic and the Rajasthan government wants to call the assembly session to discuss, with all members, the economic problems facing the state along with the coronavirus situation so that people get relief. But the state government is not being allowed to call the session, they said in the memorandum.

Without taking names, the CLP members said despite a prima facie evidence of horse-trading and corrupt practices by Union ministers, not removing them from the cabinet is a “blot” on democracy.

With a feeling of political vendetta, the use of investigative agencies such as the Enforcement Directorate (ED), the Central Bureau of Investigation and the Income Tax Department to weaken and intimidate democratically elected governments and public representatives is highly condemnable, the CLP members said.

In the memorandum, the CLP members urged the president to intervene in Rajasthan and wherever efforts are being made to undermine democracy through undemocratic methods and corrupt practices.