The party leadership has done a tight-rope walk and also managed to satisfy the factions of Speaker C.P. Joshi and Govind Singh Dotasra. All eyes are now on the cabinet expansion. Jaipur: The latest organisational revamp in the Rajasthan Pradesh Congress Committee (RPCC) has attempted to assuage the factions led by Ashok Gehlot and Sachin Pilot, which had been warring until recently.

The party, through its recent reshuffle, has indicated that it is committed to the promises made to Pilot last year after he had rebelled against Gehlot, bringing the Congress party government to the brink of collapse.

This latest party reshuffle is also seen as a blueprint for the most-awaited cabinet expansion in the state government.

Among the seven vice-presidents named in the list are senior party leaders Rajendra Choudhary and Naseem Akhtar from the Pilot camp, while Govind Meghwal (Khajuwala MLA) and Jitendra Singh (Khetri MLA) are from Gehlot’s side.

Congress leaders from Joshi’s camp who made it to the list of vice-presidents are Bundi Harimohan Sharma and Ram Lal Jat (Mandal MLA). Bagidora MLA Mahendra Jeet Malviya – who was mentioned in a first information report (FIR) by the Rajasthan police’s special operation group for allegedly conspiring to topple the Ashok Gehlot’s government’s last year – has also been made vice-president.

For the posts of eight general secretaries, three well-known Pilot supporters have been given place. These include MLA from Bandikui (Dausa), GR Khatana; MLA from Masuda (Ajmer) Rakesh Pareek; and MLA from Chaksu (Jaipur) Ved Prakash Solanki.

At the same time, three of Gehlot’s supporters have also been listed, namely, MLA from Fatehpur (Sikar), Hakam Ali Khan; Lakhan Meena; and MLA from Niwai (Tonk) Prashant Bairwa. Apart from them, Mangi Lal Garasiya who could not win the Gogunda seat from Udaipur in the last assembly polls too has made it to the list. He is considered close to Joshi. 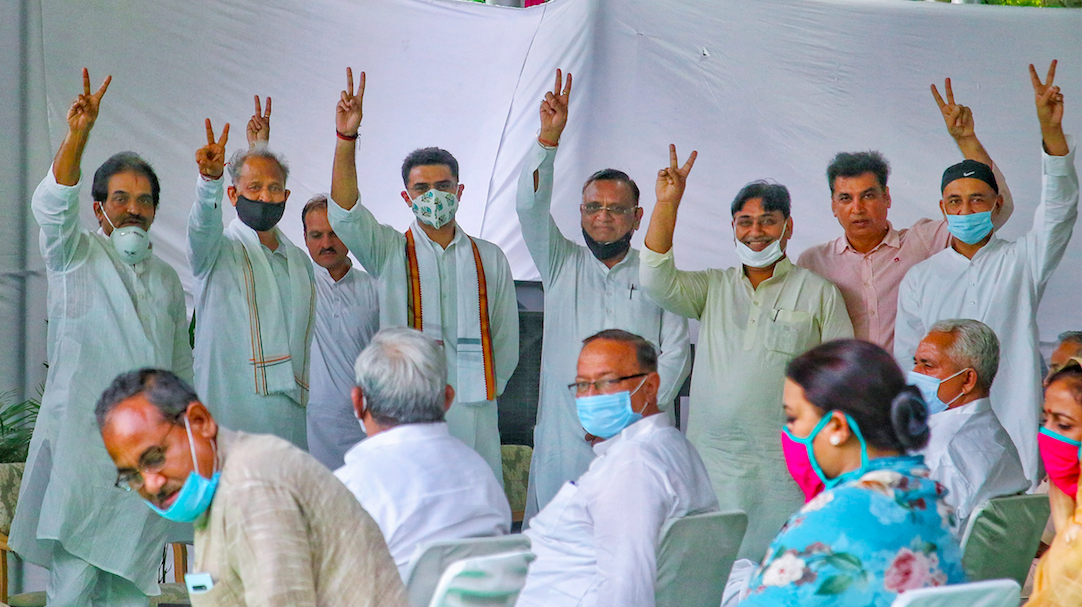 Among the 24 secretaries, six loyal Gehlot supporters have been named, including Sachin Sarvatee, Shravan Patel, Vishal Jangid and Gajendra Sankhala. Among Dotasra’s supporters who made it to the list are Jaswant Gurjar, Lalit Tunwal, Phool Singh Ola, Pushpendra Bharadwaj and Ziya- Ur-Rahman.

Prashant Sharma and Shobha Solanki from the Pilot camp are secretaries.

Both Gehlot and Pilot congratulated the newly elected members. “I hope that under the leadership of Congress state president Govind Singh Dotasara ji, you will be able to carry the policies, programmes, principles and ideology of the Congress to every village,” Gehlot wrote on Twitter.

“Hearty congratulations to all the newly appointed officials of Rajasthan Pradesh Congress Committee and best wishes for a bright future,” tweeted Pilot.

Overall, the executive committee has largely tried to strike a balance among various factions of the party. However, the upcoming cabinet expansion is to be crucial for different camps to assert their status within the party.