Congress Will Now Rule Rajasthan, But BJP Gave it a Tough Fight

The question of who will take the top post is now echoing in the state. 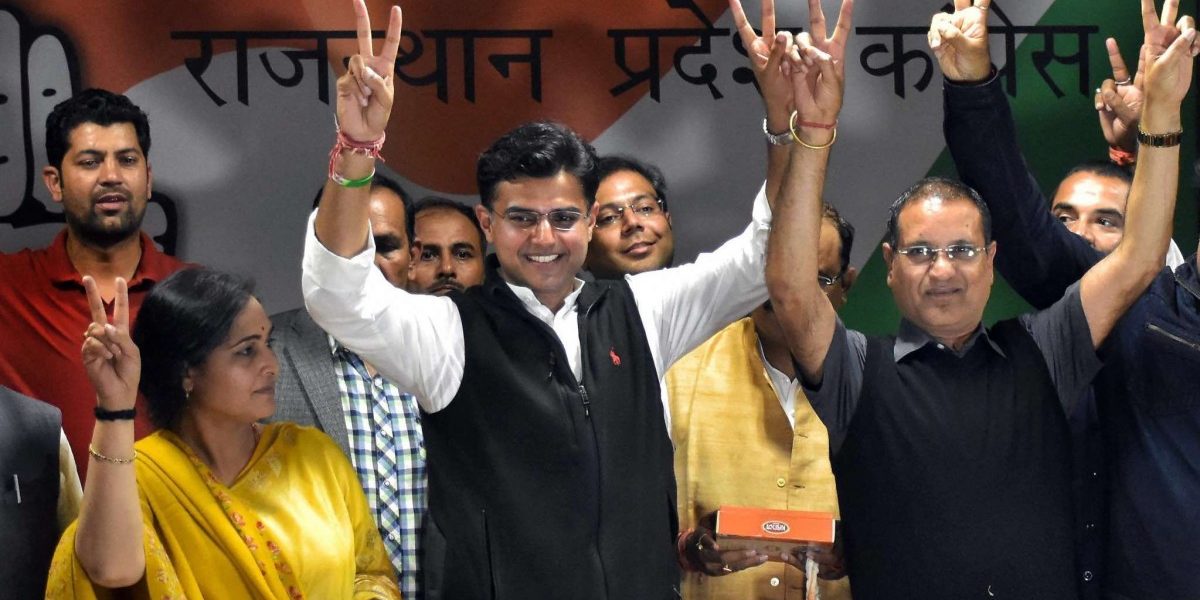 Sachin Pilot and Ashok Gehlot are the front-runners of the chief minister's post. Credit: PTI

Jaipur: The Congress party won 99 out of the 199 seats in which the assembly elections took place in Rajasthan. This is a slight deviation from the exit polls which predicted a clean sweep by the grand old party.

With BJP securing 73 seats and the polling percentage in the state dropping to 74.21% from the previous 75.67% – despite Modi’s high-decibel campaign revolving around Ram mandir, Congress’s 60 years of rule and positive self-appraisal of BJP’s schemes – the relevance of ‘Modi factor’ has become debatable. Even Adityanath’s communal rhetoric couldn’t attain the saffron party a victory in Pokhran, although the margin was quite narrow.

The question of who will take the top post is now echoing in the state. Both the front-runners, Sachin Pilot and Ashok Gehlot have repeatedly told the media that Rahul Gandhi would have the final say. Meanwhile, the MLAs have been asked to reach the capital Jaipur by noon on Wednesday.

“As far as who will become the chief minister is concerned, go to Rahul Gandhi because it is a decision that will be taken collectively,” said Gehlot.

The party is open to the winning candidates from Bahujan Samaj Party, independent and other parties. “We are in touch with like-minded, anti-BJP parties,” Pilot told reporters.

Nine out of the 13 winning independent candidates are rebel Congress leaders who were denied tickets – Ramila Khadiya from Kushalgarh, Raj Kumar Gaur from Ganganagar, Laxman Meena from Bassi, Babulal Nagar from Dudu, Ramkesh from Gangapur, Sanyam Lodha from Sirohi, Alok Beniwal from Shahpura, Mahadeo Singh from Khandela and Khushveer Singh from Marwar Junction.

This reflects the party’s poor decision on choosing candidatures.

Interestingly, Vasundhara Raje’s half-hearted attempt of waiving only short-term loans taken by small and marginal farmers from cooperative banks couldn’t garner votes. Out of the 11 seats in Ganganagar and Hanumangarh in northern Rajasthan, where the farmers’ protests were at its peak, BJP won five seats, Congress four, Communist Party of India (Marxist) one and an independent candidate took one.

CPI(M) couldn’t win any seat in Sikar, the epicentre of farmers’ protest in the Shekhawati region. Both its candidates, Amra Ram and Pema Ram lost the elections. However, even BJP has been reduced to zero there.

Out of the ten seats contested in Alwar, BJP’s tally was reduced to two seats – Alwar (Urban) and Mundawar. In the rest of the constituencies, Congress won four, BSP two and two went to independents. In the adjoining Bharatpur, BJP couldn’t win a single seat.

The result is seen as an answer to the uncomfortable silence BJP maintained over cow vigilante attacks that took place in the constituency. 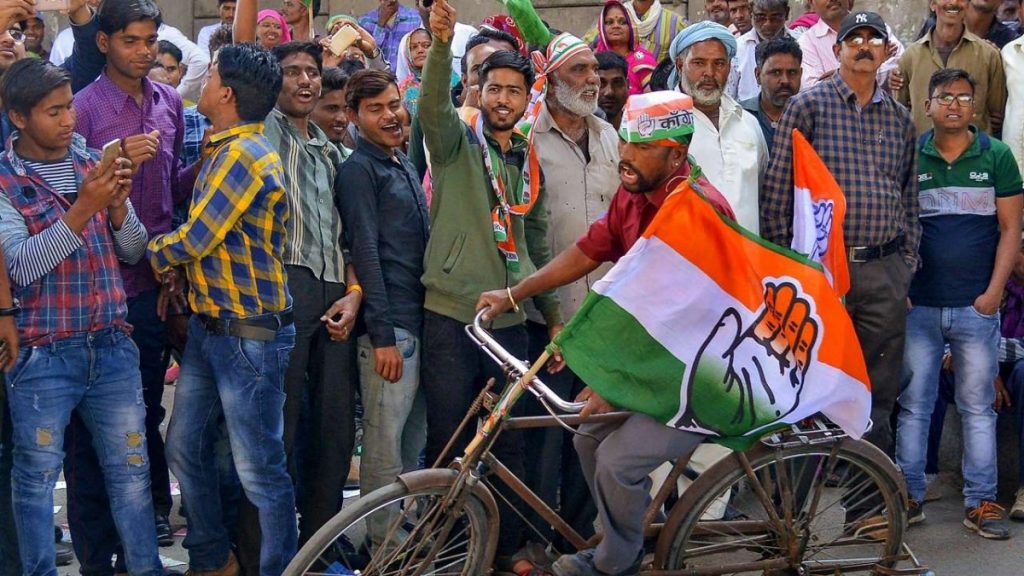 BJP yet to manage its association with the Muslim community

Sachin Pilot, Congress’s front-runner for the chief ministerial post, won by a huge margin of over 50,000 votes in Tonk, a Muslim-dominated constituency where BJP had fielded Yunus Khan, its sole Muslim candidate. The main reason why Khan couldn’t bring in the Muslim vote was his over-indulgence in Hindutva politics.

In four seats of Tonk, BJP managed a win only in Malpura. In Nagaur too, BJP has been reduced to two seats – Makrana and Nagaur.

Was anti-Raje sentiment a hype?

Even so, the BJP won all the four seats from Jhalawar, putting the much-hyped ‘anti-Raje but not anti-Modi’ mood in the state to rest.

From Ajmer – the bastion of BJP since the 1990s where the Congress had made inroads in the Lok Sabha by-polls in January – BJP has shown resurgence, winning five seats out of the eight seats and reducing Congress to two seats and independent candidates to one.

Surprisingly, the Meena belt of Rajasthan, which is known to vote for the BJP, paved the way for the newly-emerged Bhartiya Tribal Party in Dungarpur, which took of the four seats, reducing the BJP to one. Even in Karauli, the Meena seats – Sapotra and Todabhim – went to Congress. Lalsot seat in Dausa also went to Congress.

Rameshwar Lal Dudi, leader of the opposition in the Rajasthan legislative assembly, lost the Nokha seat in Bikaner to BJP’s Biharilal Bishnoi with a margin of 8,663 votes. He had managed a comfortable win of 66,554 votes in the last election over the then BJP candidate. In the run-up to the polls, infighting between Pilot and Dudi has surfaced quite a few times.

Habibur Rahman, former BJP MLA from Nagaur who had recently joined Congress and was given the party’s ticket from Nagaur seat, lost by 13,008 votes.