T. Raja Singh has over 40 cases registered against him, including for attacking a mosque. 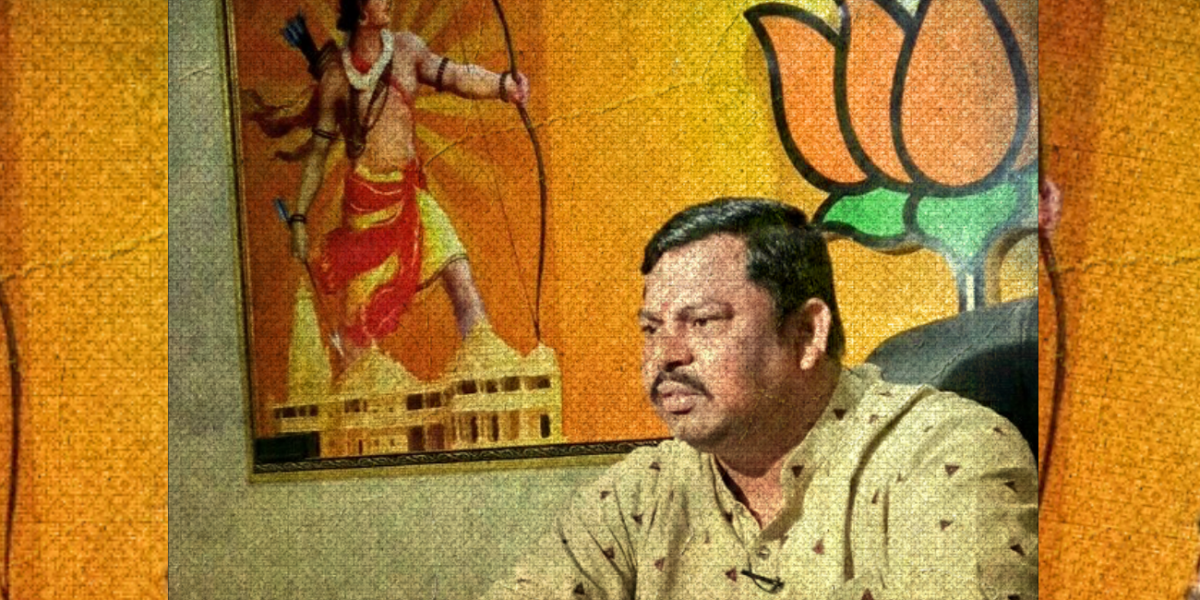 New Delhi: Not for the first time, BJP MLA from Hyderabad T. Raja Singh has said that Hindus should be trained to operate arms for ‘self-defence’. Singh has many cases registered against him, including for promoting enmity between two groups after making ‘inflammatory and hate speeches’.

According to news agency PTI, the Goshamahal legislator said that Hindus be “given training in operating arms for self-defence”, adding the his dream of achieving a Hindu Rashtra can only be fulfilled if all Hindus stand united. He was addressing a public meeting in Jalna, Maharashtra on Sunday. According to reports, he said that India will become a Hindu Rashtra by 2023.

Singh also expressed support for the Citizenship Amendment Act (CAA) and the nationwide National Register of Citizens (NRC), against which protests have erupted across the country. He is the lone BJP MLA from Telangana.

Apart from seeking that all Hindus must receive ‘weapons training’, Singh has also held camps where such training is provided. In September 2019, the BJP MLA has announced the creation of a ‘vigilante army’ to ‘deal with’ traitors’. In videos that he posted on social media, Singh said, “Six months back, we had planned a camp, decided on a date, and invited Hinduvadi bravehearts and patriots to attend the camp. There’s a great discussion underway at this camp (now). A pledge has been taken at this camp that every youngster in India will be trained to become a soldier; India is safe because of our Army, similarly the Indian youth will be readied like an Army soldier. If India needs it in the coming days, the Indian youngsters should not fall behind. The Army is taking care of traitors on the outside. But there should also be an army to take care of the terrorists inside the house right? So that army is now being readied.”

According to The News Minute, the camp was held in Bengaluru and about 470 people attended the camp.

In December 2019, his name was on a list of “rowdy-sheeters”, or people with criminal records, in Hyderabad. His name was mentioned in the list maintained by the Mangalhat police station. According to Singh’s latest election affidavit, he has 43 police cases against him. Two of the cases registered against him are for attacking a mosque.

A 2017 report by Alt News listed many of the vile and incendiary comments that Singh had, including threatening to behead people, asking people to boycott Kashmiri businesses, making anti-Dalit statements.