Khurshid said the party, devoid of leadership and still devoted to Rahul, have not had a chance to assess its losses in the 2019 general election. 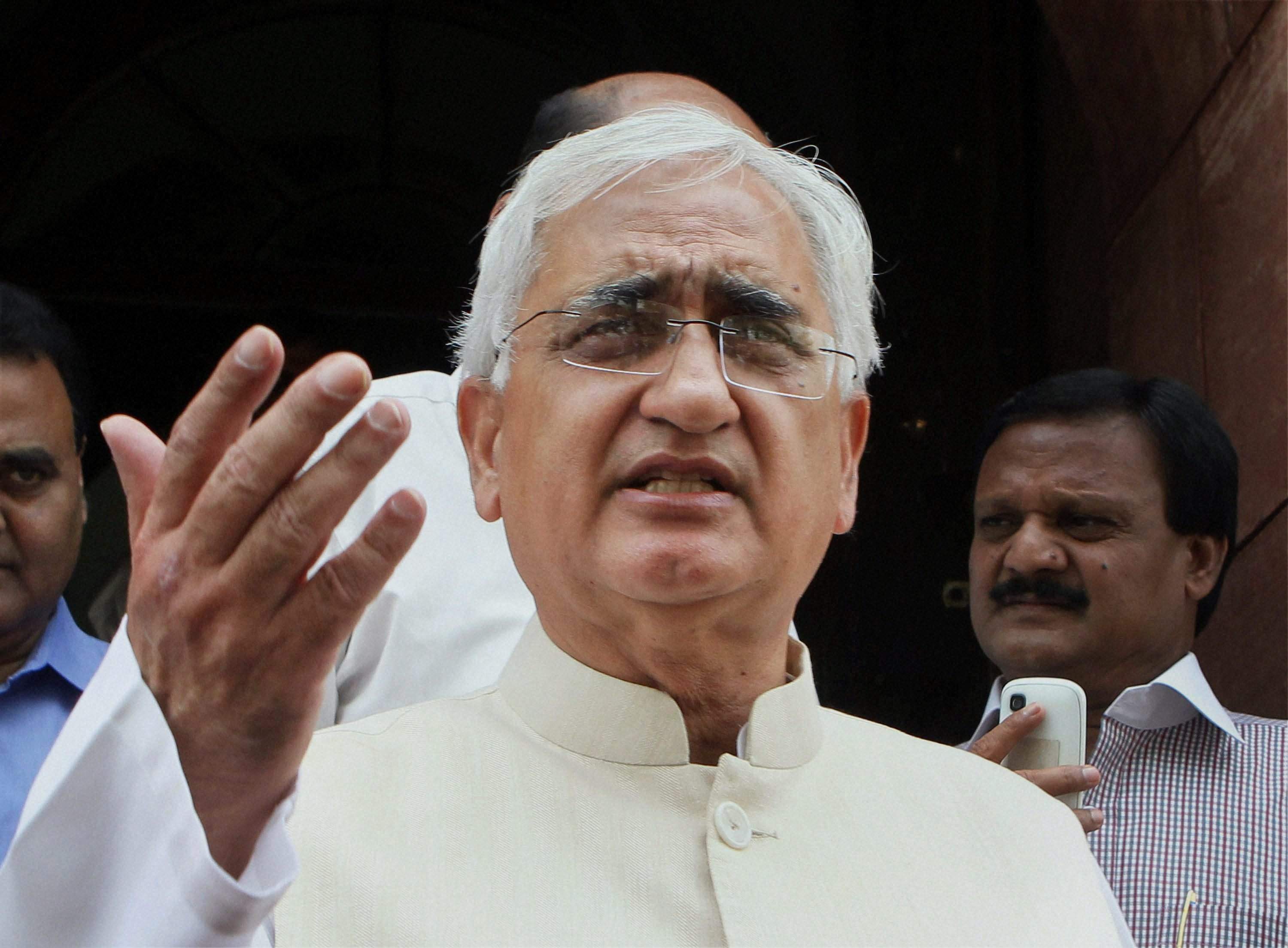 New Delhi: In what could be seen as open criticism of his party, senior Congress leader Salman Khurshid on Tuesday questioned the temporary appointment of Sonia Gandhi as the party chief and blamed former party president Rahul Gandhi for walking away at a crucial time.

He said that it was high time that the party analyse the reasons for its defeat in the general elections, adding that the same could not be done because Rahul “walked away,” leaving the party in a leadership crisis.

“I am not happy with that [Sonia’s interim position]. Whoever is our leader, I want him or her to stay. I want them to stay,” he told Indian Express.

The paper reported that Khurshid was bent on sharing his ‘agony’ so that it gets registered somewhere.

The former external affairs minister’s comments come at a time when Rahul is out of the country. It is unclear whether the Gandhi scion will be campaigning for the upcoming Haryana and Maharashtra assembly elections.

On how he hoped his party will fare in the polls, Khurshid said, “We got a new leadership in Haryana and elsewhere, I hope we are ready.”

When asked about what he thought of the severe infighting within the Congress wings in the two states, he said these were problems for everyone to see. “But we just have to handle them. What I am saying is let’s handle it. Time is short,” he said.

Also read: With Rahul’s Resignation, Will Congress Finally Extricate Itself From the Gandhis?

Khurshid is admittedly disappointed over Rahul’s resignation. “You have to have a leadership in place to do it. But unfortunately and sadly we lost our leader. Our problem is that he walked away but we still remain committed to him…This is a unique thing. Two defeats and the leader still remains the leader. People still owe allegiance to him. But unfortunately since he is not there we haven’t been able to do the analysis,” he said.

“It is sad that we lost our leader. I wish we had him. We all wanted him to stay. That is a big thing. The entire party wanted him to stay. But we don’t have him. So what to do? I can’t call people and say let’s do an analysis. It has to be done by the leader… I hope after the elections we will be able to address it,” he further said.

He said that the sooner the party took stock of the reasons for its defeat, the better it will be for party members. “Because that is how we will get the message. We had a fantastic manifesto, but we were not able to carry it to the people. So let’s do something,” he said. 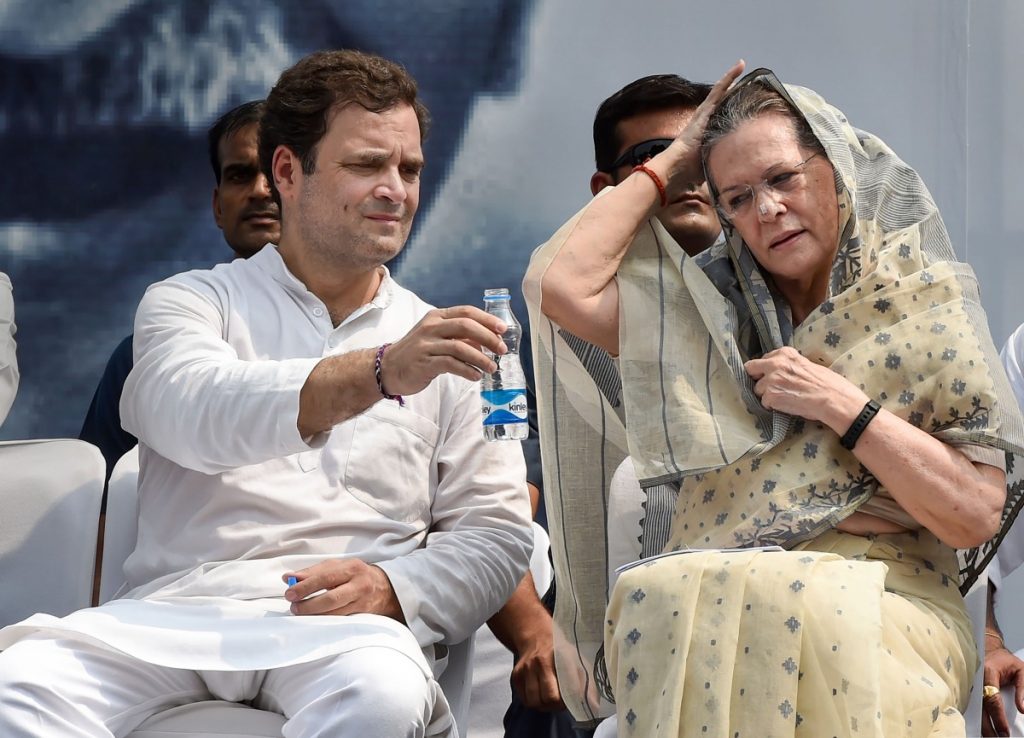 The 66-year-old Khurshid was earlier quoted by the Associated Press as having said that Rahul “left in a huff” and his mother appears to be treating her position as the party’s interim president as a stop-gap arrangement. A new Congress chief is likely to be chosen after the state polls in October.

Ever since Rahul left, the party has suffered major setbacks. A number of leaders have defied the Congress’s official line on many issues, including that of supporting the government’s decision to dilute Article 370.  Many state units have been witnessing open dissension. Ashok Tanwar and Bhupinder Singh Hooda in Haryana, for instance, were locked in an internal tussle until former Pradesh Congress Committee president Tanwar resigned from primary membership in protest against the Hooda family’s dominance in the state unit.

Similarly, after having allegedly been sidelined, Sanjay Nirupam declared on Twitter that he was not going to campaign in the Maharashtra election.

It seems Congress Party doesn’t want my services anymore. I had recommended just one name in Mumbai for Assembly election. Heard that even that has been rejected.
As I had told the leadership earlier,in that case I will not participate in poll campaign.
Its my final decision.

The defections of party MLAs also led to the fall of the Congress-Janata Dal (Secular) coalition government in Karnataka. Soon after, the Yeddiyurappa-led BJP took over power in the state, mere months after the victory of the NDA in the state in the 2019 general election.

Khurshid follows leaders like Shashi Tharoor and Jairam Ramesh in revealing concerns about a lack of permanent leadership in the party.

However, sources in the party said that Khurshid’s criticism comes soon after the party has rejigged Congress leadership in Uttar Pradesh. It is believed that the appointments of Ajay Kumar Lallu, a relatively-unknown leader who has served both as MLA and MLC in the state assembly, as the PCC president, and other state leaders as vice-presidents and secretaries of the state unit was done on Priyanka Gandhi’s recommendations.

According to sources, Salman Khurshid, one of the most prominent leaders of the state, was not consulted while making these appointments. Khurshid has lost all political traction in the state, they said. In the last election, Khurshid had contested from his home constituency, Farrukhabad. Although a former MP, he finished a distant third with a little over 55,000 votes. The winning BJP candidate Mukesh Rajput secured more than 5.5 lakh votes.

The party itself could win only one seat in Uttar Pradesh, Sonia Gandhi’s Raebareli seat. Rahul lost Amethi to BJP’s Smriti Irani.