According to sources, this treatment was a reaction to Pilot's conduct of holding the kisan mahapanchayats on his own, days ahead of Gandhi's visit. 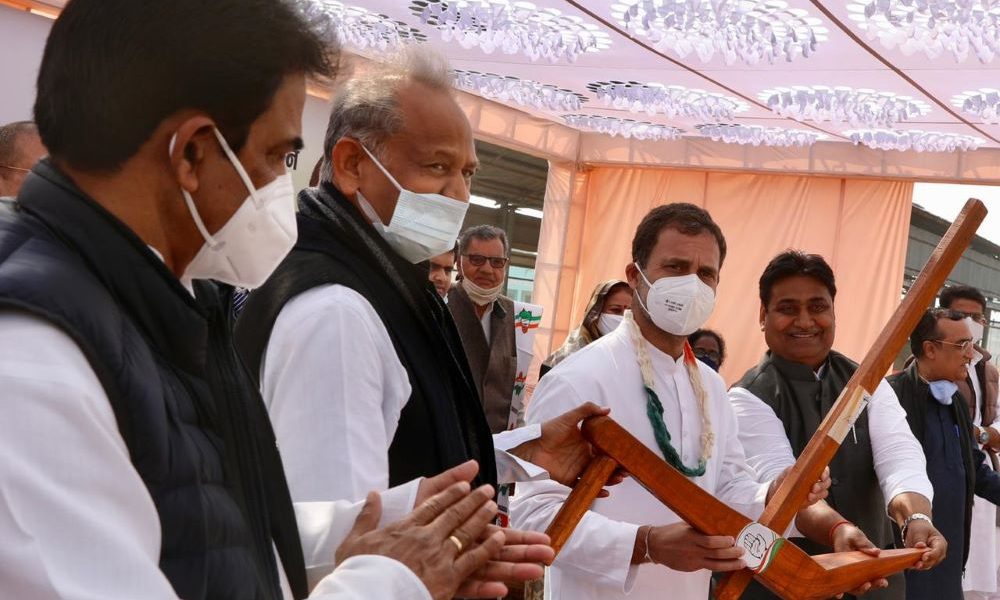 Jaipur: Apart from extending solidarity to the farmers who are protesting against the Centre’s three farm laws, Congress leader Rahul Gandhi’s kisan mahapanchayat in Rajasthan’s Hanumangarh district saw a massive deviation from the usual protocol of chief minister Ashok Gehlot and former deputy chief minister Sachin Pilot sitting beside Gandhi on the dais. Even the typical raising of hands in unity didn’t occur at the rally. All this has once again paved way for speculations of instability in the Congress government in the state.

This time, Gehlot managed a seat adjacent to Gandhi, while Pilot sat away from him in the same line. As per reports, Pilot also didn’t sit in the car in which Gandhi was taken to the mahapanchayat spot from the airport. However, Gehlot and the new Rajasthan Pradesh Congress Committee chief Govind Singh Dotasra, who replaced Pilot, were in the car with Gandhi.

Further, Pilot didn’t get a chance to address the mahapanchayat in Pilibanga town of Hanumangarh even as Gehlot, Rajasthan Congress in-charge Ajay Maken and Dotasra spoke from the dais. However, Pilot addressed the public in the second rally in Sri Ganganagar.

According to sources, this treatment was a reaction to Pilot’s conduct of holding the kisan mahapanchayats on his own, days ahead of Gandhi’s visit.

These mahapanchayats by Pilot were not attended by any Congress leader and not endorsed by the party.

It was seen as simply a show of strength by Pilot. Discourse on Congress politics in Rajasthan is consumed by talks of infighting between Gehlot and Pilot, and Pilot’s holding of massive rallies by himself is expected to be quite damaging to the party’s image in the eyes of the public.

Gandhi is on a two-day tour to Rajasthan to hold kisan mahapanchayats at various districts in Rajasthan, including Pilibanga in Hanumangarh district and Padampur in Sri Ganganagar district.

In the mahapanchayat, Gandhi sat on a charpoy. In his address, he took on the Modi government, saying, “I will explain to you why Modi is bringing these three laws.” 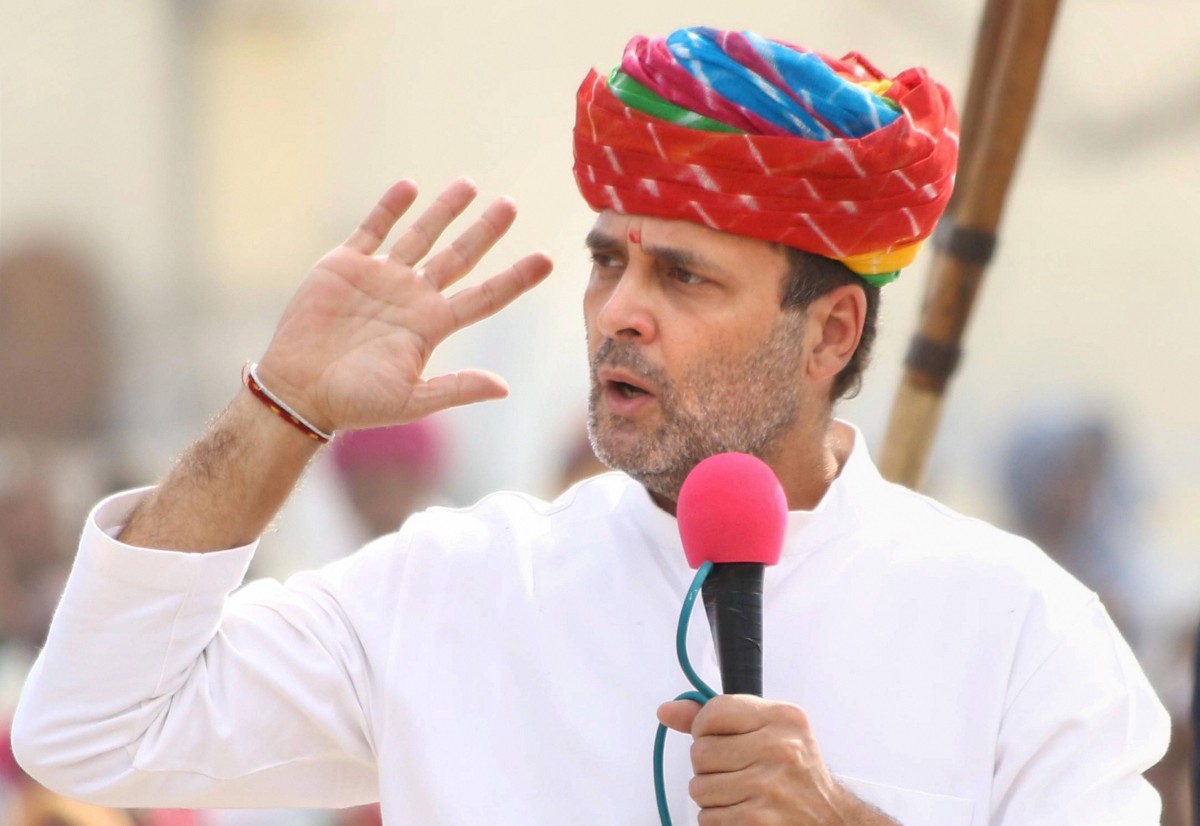 He said that the laws would snatch employment from 40% of India’s population, ruining the lives of farmers and small traders.

“The first law is to abolish the mandis. With the second law, any industrialist will be able to buy sugarcane from anywhere in the country and stock it, which means they will have the power to control the price. This will legitimise hoarding. As per the third law, the companies will sell all the fruits and vegetables, leaving behind nothing for the small traders.”

Gandhi also said that Modi can’t stand up to China while alleging that Indian territory has been ceded to China by his government.

“China took away thousands of kilometres from India and the defence minister says that an agreement has been reached. The agreement here is that the Modi government has handed over the Indian land to China.”

He added that Modi government will be forced to take back the laws as the Indian farmers are standing against them.

Chief minister Gehlot didn’t miss the chance to praise Gandhi for fighting against the Modi regime on behalf of the farmers. He said, “The only leader in the country who can challenge Modi ji is Rahul Gandhi.” He further added that the farmers across the country were looking up to Rahul Gandhi for raising their issues.