Rather than attack the prime minister personally, the Congress leader should take Manmohan Singh's cue and use tempered language.

The Congress and other opposition parties should not replicate the ‘Modi model’ of exchanging barbs with the Centre and Bharatiya Janata Party over Prime Minister Narendra Modi’s handling of the present state of affairs with China. Instead, it requires to draw the present regime into an informed discourse and pin it down by raising issues that impact national dignity and security.

The issue of tonality of criticism of the government’s responses to the present situation with China was flagged at the Congress Working Committee meeting on June 23. But, attention on this subject had previously been drawn by contrasting styles of how former prime minister Manmohan Singh and the ex-president of the party, Rahul Gandhi, expressed disapproval of the Centre’s steps and Modi personally.

The question is not, as Rahul Gandhi reportedly dramatically said at the meeting if he is “not scared of PM Modi”, or if his sister and AICC general secretary, Priyanka Gandhi Vadra’s claim that the MP from Wayanad was fighting Modi “alone” while other leaders did not speak out, was rightful. Instead, the moot point pertains to the choice of vocabulary when it comes to the party leaders criticising this regime and the premier.

Gandhi apparently took umbrage at confidante R.P.N. Singh’s assertion that the prime minister’s “policies and wrong decision” should be targeted instead of allegations being levelled against him personally. But, the former party chief got the argument wrong. He failed to accept that there is vital difference between being seen as a reasonable critic and someone perceived as a being a coarse leader.

Of course, it may be argued that the majority of the present generation of BJP leaders do not require graciousness being extended to them. This present lot is a far cry from leaders like Atal Bihari Vajpayee who earned Jawaharlal Nehru’s affection, despite being a strident critic. It was after all, at his demand on the day National Emergency was declared, that Nehru summoned a special session of parliament on November 8, 1962.

Despite obvious dissimilarities between Vajpayee and Modi, Congress leaders must remain mindful of the inclusive nature of their politics and utterances must mirror their political pedigree. This is, after all, a party that was nurtured by the likes of Mahatma Gandhi, Jawaharlal Nehru and Sardar Patel and not one which considers iconic, a person charged with conspiring to assassinate Gandhi.

True that it was Vajpayee’s government which initiated the process of V.D. Savarkar’s political rehabilitation by installing his portrait in the Central Hall, but Vajpayee never stooped to borrowing words from the dictionary of slander. 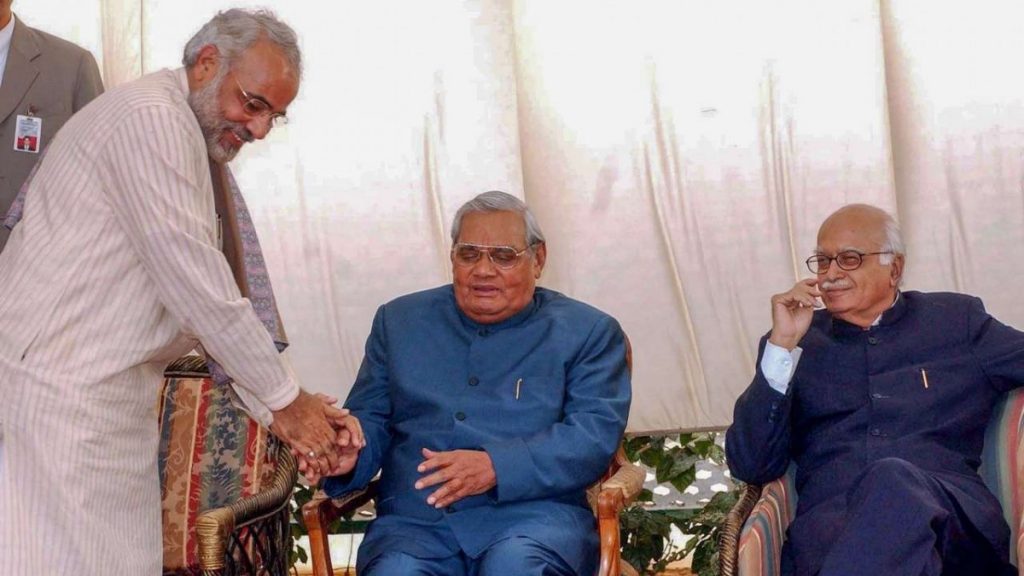 Starting from his ill-fated ‘chowkidaar chor hai‘ pitch early 2019 onward, the tone chosen by Rahul Gandhi has been similar to the one used by Modi from his chief ministerial days. Despite the abysmally poor returns of this tack, the former party president has remained on the same course. After the situation with China began unfolding, in his tweets and video statements, Rahul has been particularly harsh on Modi, targeting him personally.

In tweets, he used words like ‘hiding’, ‘silent’, ‘vanished’, ‘surrendered’ before finally terming him ‘Surender Modi’ in a pun or play on Indian mythology, whose meaning was lost on all except fawning supporters who chose the word ‘awesome’ for Rahul’s sense of humour. In this tweet, the former Congress president inserted a link to an article by Brahma Chellaney, already in circulation for several days.

The tactic to use an op-ed article to justify a claim ‒ that the PM’s first name is ‘Surender’ ‒ is little different from the thinking that went into the decision to host video conversations with various sectoral experts. Barring getting various BJP leaders, ministers included, to respond like RW trolls, these interventions of Rahul achieved little.

Manmohan Singh’s dignified statement was in contrast to Gandhi’s ferocity. A probing scrutiny of Singh’s statement makes it evident that he was unsparing in his criticism of Modi’s conduct. But, words carried more lasting sting than tirades do on social media.

For starters, Manmohan Singh used Modi’s words that “their (the slain soldiers’) sacrifice cannot be allowed to be in vain”. The former PM underscored that Modi cannot pass the buck because he “bear(s) the weight of a solemn duty.” As a result of this burden, Modi “must always be mindful of the implications of his words”, a reminder that in subtle political parlance implied that Modi has not been watchful of his utterances.

Likewise, Modi “cannot allow them (China) to use his words as a vindication of their position,” another advice that Manmohan Singh suggested, had not been heeded by the prime minister. The last lines are most biting: “…disinformation is no substitute for diplomacy or decisive leadership. The truth cannot be suppressed by having pliant allies spout comforting but false statements.” Days before, another former prime minister, H.D. Devegowda also issued a statement. He too used mild words, but the message was not lost. He claimed that while it was right to expect the opposition not to conflate national security with domestic politics, the government cannot argue that no one should pose questions. He was direct in demanding that the “nation be kept informed at all times.” He also cautioned against “underplaying” one set of developments while “overstating” the contrasting and comforting aspects of the narrative.

Rahul Gandhi, irrespective of whether he resumes charge as party president or not, remains among Congress leaders whose utterances are targeted by the BJP and its non-organisational players on social media. It would be prudent to use words that are not personally offensive, yet are sharp and tough to deflect.

The country has had enough of over the top politics, used amply by Modi and all and sundry in his political clan. Congress leaders must realise that when the intelligentsia is already struggling to shape responses to multiple challenges before society, space exists for tempered language when political leaders trade charges.

The 56-inch chest has been badly exposed when it was needed to be bared the most. Instead of replicating Modi’s template of political criticism, Congress leaders need to provide a counter to all-pervading hype. A model exists in Manmohan Singh’s statement.